Fibroblast-like synoviocytes (FLS) represent a specialised cell type located inside joints in the synovium. These cells play a crucial role in the pathogenesis of chronic inflammatory diseases, such as rheumatoid arthritis.

The inner lining of the joint consists of the synovium (also called the synovial membrane), a thin layer located between the joint capsule and the joint cavity. The word "synovium" is derived from the word "synovia" (or synovial fluid), which is a clear, viscous fluid produced by the synovium, and its main purpose is to reduce friction between the joint cartilages during movement. Synovium is also important to maintain proper joint function by providing the structural support and supply of the necessary nutrients to the surrounding cartilage. Synovial membrane is divided into two compartments – the outer layer (subintima) and the inner layer (intima). The inner layer is mainly composed of two cell types, specialized macrophages (macrophage-like synovial cells) and fibroblast-like synoviocytes, which are important in maintaining the internal joint homeostasis. These cells represent the main source of hyaluronic acid and also other glycoproteins, major components of the synovial fluid. [1] [2]

Fibroblast-like synoviocytes are cells of mesenchymal origin that display many characteristics common with fibroblasts, such as expression of several types of collagens and protein vimentin, a part of cytoskeletal filaments. Unlike fibroblasts, fibroblast-like synoviocytes also secrete unique proteins, that are normally absent in other fibroblast lineages. These include especially lubricin, a protein crucial for the joint lubrication. Furthermore these cells express a number of molecules important for the mediation of the cell adhesion, such as cadherin-11, VCAM-1, various integrins and their receptors. Specific for fibroblast-like synoviocytes is also the expression of CD55; this protein is often used to identify this cell type in the synovium by immunohistochemistry. [3]

Synovial hyperplasia (an increase in cell number) is a typical feature of the autoimmune disease called rheumatoid arthritis (RA). During the progression of this disease the synovial membrane becomes a place where constant inflammatory processes take place, which can eventually lead to cartilage damage and joint destruction and deformation. Due to the changes in proliferative and apoptotic processes the total number of cells increases in the synovium, and significantly increases also the number of fibroblast-like synoviocytes (FLS). These cells, together with other immune cells such as macrophages, lymphocytes, neutrophils, mast cells, dendritic cells and platelets, create an inflammatory environment in the synovium, attract more immune cells to the damaged place and thus contribute to the joint destruction. [1] [2] [3]

FLS that are present in the synovium during RA display altered phenotype compared to the cells present in normal tissues. They lose the property called contact inhibition (cells arrest their growth in the case when more cells come into contact with each other), and they also lose the growth dependency on adhesive surfaces; both these phenomena contribute to the increase in the number of FLS in the inflammatory tissue and are also typical for example for the growth of cancerous cells. In addition, these cells can produce a number of pro-inflammatory signalling molecules, especially Il-6 and IL-8, prostanoids and matrix metalloproteinases (MMPs), which may directly affect other cells and also participate in the inflammation enhancement. [3] These processes are influenced by microvesicles derived from platelets, which can contribute to the activation of fibroblast-like synoviocytes through secretion of IL-1. [4]

A synovial joint, also known as diarthrosis, joins bones or cartilage with a fibrous joint capsule that is continuous with the periosteum of the joined bones, constitutes the outer boundary of a synovial cavity, and surrounds the bones' articulating surfaces. This joint unites long bones and permits free bone movement and greater mobility. The synovial cavity/joint is filled with synovial fluid. The joint capsule is made up of an outer layer, the articular capsule, which keeps the bones together structurally, and an inner layer, the synovial membrane, which seals in the synovial fluid.

Pannus is an abnormal layer of fibrovascular tissue or granulation tissue. Common sites for pannus formation include over the cornea, over a joint surface, or on a prosthetic heart valve. Pannus may grow in a tumor-like fashion, as in joints where it may erode articular cartilage and bone.

Synovitis is the medical term for inflammation of the synovial membrane. This membrane lines joints that possess cavities, known as synovial joints. The condition is usually painful, particularly when the joint is moved. The joint usually swells due to synovial fluid collection.

Felty's syndrome, also called Felty syndrome, (FS) is rare autoimmune disease characterized by the triad of rheumatoid arthritis, enlargement of the spleen and too few neutrophils in the blood. The condition is more common in those aged 50–70 years, specifically more prevalent in females than males, and more so in Caucasians than those of African descent. It is a deforming disease that causes many complications for the individual.

Synovectomy is a procedure where the synovial tissue surrounding a joint is removed. This procedure is typically recommended to provide relief from a condition in which the synovial membrane or the joint lining becomes inflamed and irritated and is not controlled by medication alone. If arthritis is not controlled, it can lead to irreversible joint damage. The synovial membrane or "synovium" encloses each joint and also secretes a lubricating fluid that allows different joint motions such as rolling, folding and stretching. When the synovium becomes inflamed or irritated, it increases fluid production, resulting in warmth, tenderness, and swelling in and around the joint.

Chemokine ligand (XCL1) is a small cytokine belonging to the C chemokine family that is also known as lymphotactin. Chemokines are known for their function in inflammatory and immunological responses. This family C chemokines differs in structure and function from most chemokines. There are only two chemokines in this family and what separated them from other chemokines is that they only have two cysteines; one N-terminal cysteine and one cysteine downstream. These both are called Lymphotactin, alpha and beta form, and claim special characteristics only found between the two. Lymphotactins can go through a reversible conformational change which changes its binding shifts.

Microvesicles are a type of extracellular vesicle (EV) that are released from the cell membrane. In multicellular organisms, microvesicles and other EVs are found both in tissues and in many types of body fluids. Delimited by a phospholipid bilayer, microvesicles can be as small as the smallest EVs or as large as 1000 nm. They are considered to be larger, on average, than intracellularly-generated EVs known as exosomes. Microvesicles play a role in intercellular communication and can transport molecules such as mRNA, miRNA, and proteins between cells.

Osteoimmunology is a field that emerged about 40 years ago that studies the interface between the skeletal system and the immune system, comprising the “osteo-immune system”. Osteoimmunology also studies the shared components and mechanisms between the two systems in vertebrates, including ligands, receptors, signaling molecules and transcription factors. Over the past decade, osteoimmunology has been investigated clinically for the treatment of bone metastases, rheumatoid arthritis (RA), osteoporosis, osteopetrosis, and periodontitis. Studies in osteoimmunology reveal relationships between molecular communication among blood cells and structural pathologies in the body.

Cluster of differentiation 97 is a protein also known as BL-Ac[F2] encoded by the ADGRE5 gene. CD97 is a member of the adhesion G protein-coupled receptor (GPCR) family. Adhesion GPCRs are characterized by an extended extracellular region often possessing N-terminal protein modules that is linked to a TM7 region via a domain known as the GPCR-Autoproteolysis INducing (GAIN) domain.

Chitinase-3-like protein 1 (CHI3L1), also known as YKL-40, is a secreted glycoprotein that is approximately 40kDa in size that in humans is encoded by the CHI3L1 gene. The name YKL-40 is derived from the three N-terminal amino acids present on the secreted form and its molecular mass. YKL-40 is expressed and secreted by various cell-types including macrophages, chondrocytes, fibroblast-like synovial cells, vascular smooth muscle cells, and hepatic stellate cells. The biological function of YKL-40 is unclear. It is not known to have a specific receptor. Its pattern of expression is associated with pathogenic processes related to inflammation, extracellular tissue remodeling, fibrosis and solid carcinomas and asthma. 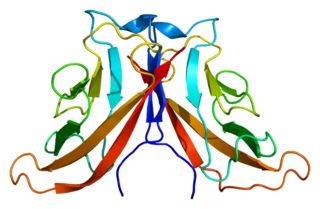 Cadherin-11 is a protein that in humans is encoded by the CDH11 gene.

Proteoglycan 4 or lubricin is a proteoglycan that in humans is encoded by the PRG4 gene. It acts as a joint/boundary lubricant.

Gene therapy is being studied as a treatment for osteoarthritis (OA). Unlike pharmacological treatments which are administered systemically, gene therapy aims to establish sustained, synthesis of gene products and tissue rehabilitation within the joint.

Intermittent hydrarthrosis (IH), also known as periodic synoviosis, periodic benign synovitis, or periodic hydrarthritis, is a chronic condition of unknown cause characterized by recurring, temporary episodes of fluid accumulation (effusion) in the knee. While the knee is mainly involved, occasionally other joints such as the elbow or ankle can additionally be affected. Fluid accumulation in the joint can be extensive causing discomfort and impairing movement, although affected joints are not usually very painful. While the condition is chronic, it does not appear to progress to more destructive damage of the joint. It seems to affect slightly more women than men. 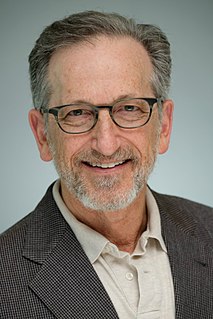