Last updated April 22, 2022
For the newspaper published in Sydney from 1850–1932 and now published as The Catholic Weekly, see The Freeman's Journal (Sydney). For The New York City Catholic newspaper, see James McMaster.

The Freeman's Journal, which was published continuously in Dublin from 1763 to 1924, was in the nineteenth century Ireland's leading nationalist newspaper. [1]

It was founded in 1763 by Charles Lucas and was identified with radical 18th-century Protestant patriot politicians Henry Grattan and Henry Flood. This changed from 1784 when it passed to Francis Higgins (better known as the "Sham Squire") [2] [3] and took a more pro-British and pro-administration view. In fact Francis Higgins is mentioned in the Secret Service Money Book as having betrayed Lord Edward FitzGerald. Higgins was paid £1,000 for information on FitzGerald's capture. [4]

In the 19th century it became more nationalist in tone, particularly under the control and inspiration of Sir John Gray (1815–75).

The Journal, as it was widely known as, was the leading newspaper in Ireland throughout the 19th century. Contemporary sources record it being read to the largely illiterate population by priests and local teachers gathering in homes. It was mentioned in contemporary literature and was seen as symbolising Irish newspapers for most of its time. By the 1880s it had become the primary media supporter of Charles Stewart Parnell and the Irish Parliamentary Party (IPP). The weekend edition of the paper was known as The Weekly Freeman, which began featuring large format political cartoons in the 1870s. [5]

It was challenged on all sides by rivals. On the nationalist side some preferred The Nation founded by Thomas Davis while others, including radical supporters of Parnell, read the United Irishman . The Anglo-Irish establishment in contrast read the historically Irish unionist The Irish Times . With the split in the IPP over Parnell's relationship with Katherine O'Shea, its readership split too. While The Journal in September 1891 [6] eventually went with the majority in opposing Parnell, a minority moved to read the Daily Irish Independent . It was also challenged from the turn of the century by William O'Brien's Irish People and the Cork Free Press . With Thomas Sexton becoming Chairman of the Board of Directors (1893–1911), the Journal languished under his spartanic management.

Superseded by the Irish Independent

The collapse of the IPP in 1918, and the electoral success of Sinn Féin, saw a more radical nationalism appear that increasingly was out of step with the moderation of the Journal. The Irish Independent , the successor to the Daily Irish Independent, was more aggressively marketed. Just prior to the outbreak of the Irish Civil War in March 1922, the Freeman's Journal printing machinery was destroyed by Anti-Treaty IRA men under Rory O'Connor for its support of the Anglo-Irish Treaty. It did not resume publication until after the outbreak of civil war, when the Irish Free State re-asserted its authority over the country.

James Joyce drew on his recollection of his visits to the Freeman’s office in 1909 in his novel Ulysses . As the place of Leopold Bloom's employment, the depiction of the paper's offices in the Aeolus chapter has been deemed "an authentic portrait" at a time when the newspaper was "moribund – the Irish Independent having supplanted it as the most popular daily newspaper in Dublin." Its decline is reflected in "the anxious question posed in Aeolus about the Freeman’s editor, WH Brayden: 'But can he save the circulation?'" [7] 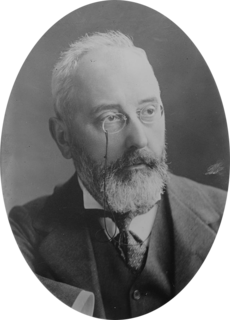 Timothy Michael Healy, KC was an Irish nationalist politician, journalist, author, barrister and a controversial Irish Member of Parliament (MP) in the House of Commons of the United Kingdom of Great Britain and Ireland. His political career began in the 1880s under Charles Stewart Parnell's leadership of the Irish Parliamentary Party (IPP) and continued into the 1920s, when he was the first governor-general of the Irish Free State. 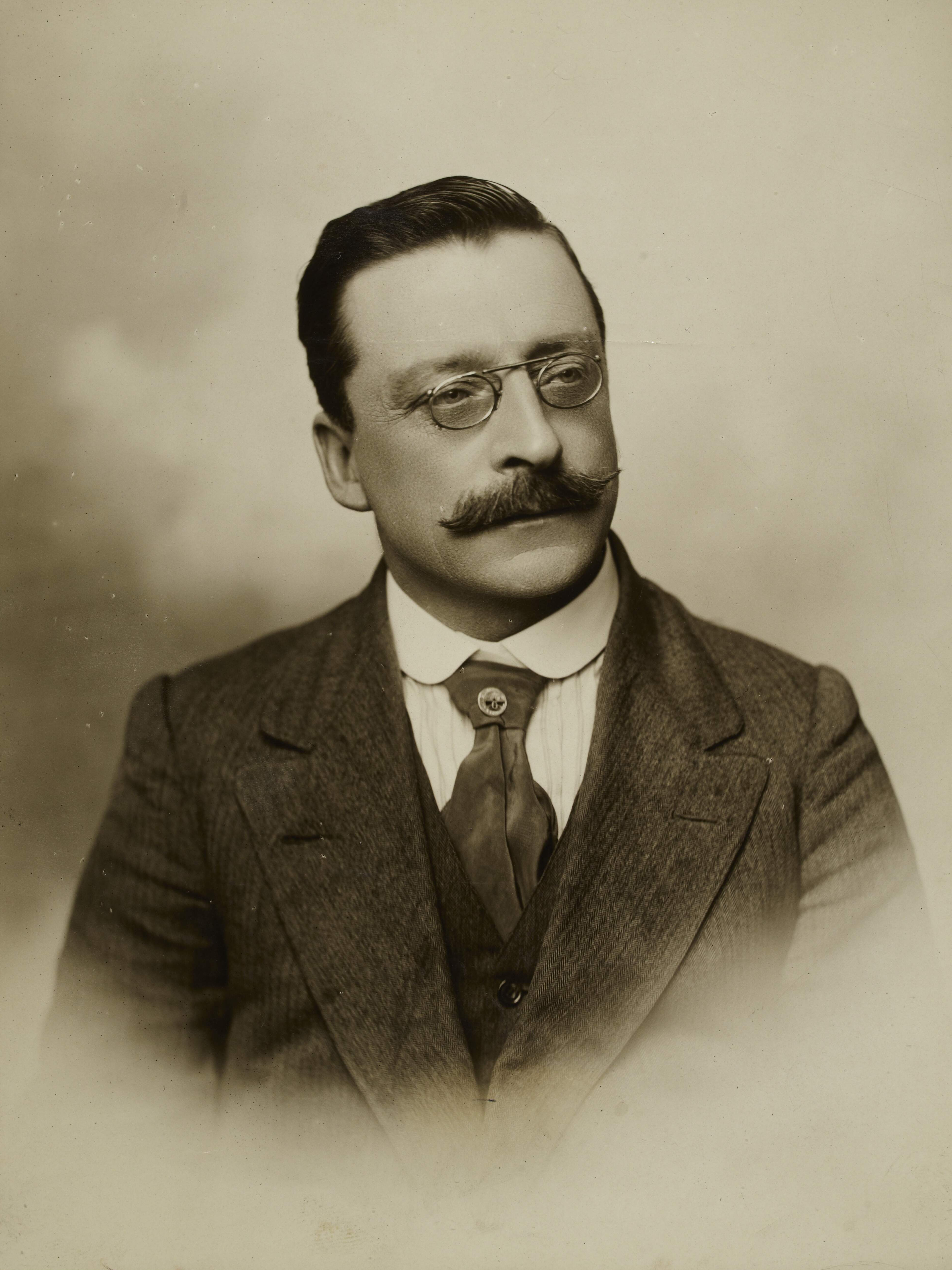 Arthur Joseph Griffith was an Irish writer, newspaper editor and politician who founded the political party Sinn Féin. He led the Irish delegation at the negotiations that produced the 1921 Anglo-Irish Treaty, and served as the president of Dáil Éireann from January 1922 until his death later in August. 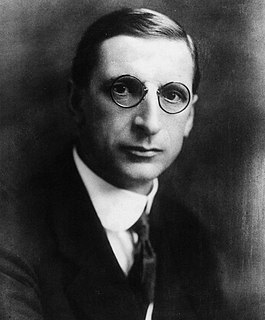 The Irish general election of 1918 was the part of the 1918 United Kingdom general election which took place in Ireland. It is now seen as a key moment in modern Irish history because it saw the overwhelming defeat of the moderate nationalist Irish Parliamentary Party (IPP), which had dominated the Irish political landscape since the 1880s, and a landslide victory for the radical Sinn Féin party. Sinn Féin had never stood in a general election, but had won six seats in by-elections in 1917–18. The party had vowed in its manifesto to establish an independent Irish Republic. In Ulster, however, the Unionist Party was the most successful party. 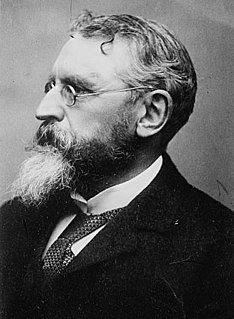 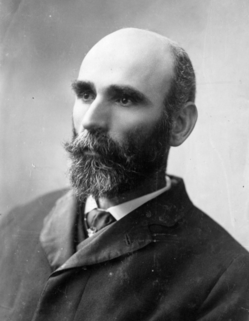 Michael Davitt was an Irish republican activist for a variety of causes, especially Home Rule and land reform. Following an eviction when he was four years old, Davitt's family migrated to England. He began his career as an organiser of the Irish Republican Brotherhood, which resisted British rule in Ireland with violence. Convicted of treason felony for arms trafficking in 1870, he served seven years in prison. Upon his release, Davitt pioneered the New Departure strategy of cooperation between the physical-force and constitutional wings of Irish nationalism on the issue of land reform. With Charles Stewart Parnell, he co-founded the Irish National Land League in 1879, in which capacity he enjoyed the peak of his influence before being jailed again in 1881. 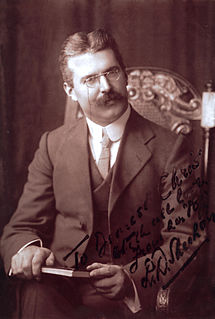 Daniel Desmond Sheehan, usually known as D. D. Sheehan was an Irish nationalist, politician, labour leader, journalist, barrister and author. He served as Member of Parliament (MP) in the House of Commons of the United Kingdom of Great Britain and Ireland representing Mid-Cork from 1901 to 1918, a constituency comprising the districts of Ahadallane, Ballincollig, Ballyvourney, Blarney, Coachford, Farran, Inchigeelagh, Macroom, Millstreet and Shandangan. As co-founder and President of the Irish Land and Labour Association, he was credited with considerable success in land reform, labour reforms and in rural state housing. From 1909, he was General Secretary of the Central Executive of the All-for-Ireland League, favouring a policy of National reconciliation between all creeds and classes in Ireland. During World War I he served as Irish regiments officer with the 16th (Irish) Division in France, 1915–16. He resigned his parliamentary seat in 1918 and lived in England for several years, returning to Dublin following the ending of the civil war, when he was appointed editor of the Dublin Chronicle.

Edmund John Chisholm Dwyer-Gray was an Irish-Australian politician, who was the 29th Premier of Tasmania from 11 June to 18 December 1939. He was a member of the Australian Labor Party (ALP). 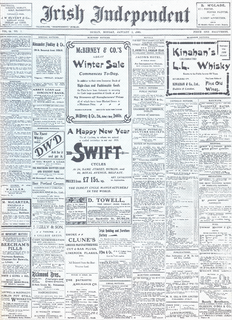 The Daily Irish Independent was an Irish newspaper launched in the 1890s to promote the pro-Parnellite cause following the split in the Irish Parliamentary Party over Parnell's continuing leadership. The party had split following the revelation that Parnell had been involved in a long-running relationship with Katharine O'Shea, the wife of a fellow MP, and was the father of most of her children.

The Evening Telegraph was for most of its existence Ireland's leading evening newspaper. It was published in Dublin between 1871 and 1924. Its main rivals were the widely read Dublin Evening Mail and the less widely read Evening Herald. 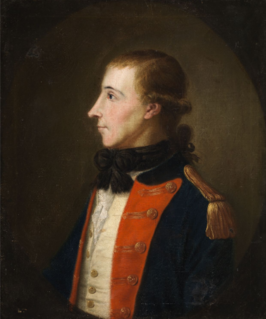 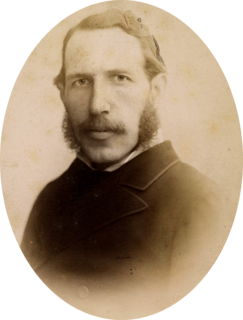 John O'Connor Power was an Irish Fenian and a Home Rule League and Irish Parliamentary Party politician and as MP in the House of Commons of the United Kingdom of Great Britain and Ireland represented Mayo from June 1874 to 1885. He practised as a barrister from 1881.

James Gubbins Fitzgerald was a medical practitioner and an Irish nationalist politician and Member of Parliament (MP) in the House of Commons of the United Kingdom of Great Britain and Ireland. As a member of the Irish Parliamentary Party, he represented South Longford from 1888 to 1892. He was a strong supporter of Charles Stewart Parnell.

Events from the year 1763 in Ireland.

Sir John Gray JP, sometimes spelled John Grey, was an Irish physician, surgeon, newspaper proprietor, journalist and politician. Gray was active both in municipal and national government for much of his life, and had nationalist ideals – which he expressed as owner of the Freeman's Journal, chairman of the Dublin Corporation Water Works Committee between 1863 and 1875, and Member of Parliament in the House of Commons of the United Kingdom of Great Britain and Ireland for Kilkenny city from 1865 until his death. He was a supporter of Daniel O'Connell, and later of Charles Stewart Parnell, and advocated a repeal of the Act of Union. Through his offices with Dublin Corporation, the Vartry Reservoir water supply works were completed, introducing a fresh water supply to Dublin city and suburbs. He died at Bath in England on 9 April 1875. Shortly after his death, his contributions to the provision of the water supply, and the beneficial impact this had to conditions of public health in Dublin, were recognised in a memorial statue on O'Connell Street.

Thomas Sexton (1848–1932) was an Irish journalist, financial expert, nationalist politician and Member of Parliament (MP) in the House of Commons of the United Kingdom of Great Britain and Ireland from 1880 to 1896, representing four different constituencies. He was High Sheriff of County Dublin in 1887 and Lord Mayor of Dublin 1888–1889. Sexton was a high ranking member of the Irish Parliamentary Party, raised up by Charles Stewart Parnell himself. However, Sexton broke with Parnell and joined the Anti-Parnellites in 1891 following Parnell's marriage scandal. Sexton was disheartened by the subsequent infighting amongst the Anti-Parnellites and pulled back from politics. He thereafter became the chairman of the Freeman's Journal, one of the largest newspaper in Ireland.

The No Rent Manifesto was a document issued in Ireland on 18 October 1881, by imprisoned leaders of the Irish National Land League calling for a campaign of passive resistance by the entire population of small tenant farmers, by withholding rents to obtain large rent abatements under the Land Law (Ireland) Act 1881. The intention being to "put the Act to the test" and prove its inadequacy to provide for the core demands of the tenants – the 'three Fs' of fair rent, fixity of tenure and free sale – as well as providing sufficient funds for occupier purchase.