The Irish Examiner, formerly The Cork Examiner and then The Examiner, is an Irish national daily newspaper which primarily circulates in the Munster region surrounding its base in Cork, though it is available throughout the country. [2]

During the Irish War of Independence and Irish Civil War, the Cork Examiner (along with other nationalist newspapers) was subject to censorship and suppression. [5]

At the time of the Spanish Civil War, the Cork Examiner reportedly took a strongly pro-Franco tone in its coverage of the conflict. [6]

As of the early to mid-20th century, the newspaper had a reportedly "socially-conservative reader base" and reflected a "conservative nationalist agenda". [7] [8] [9]

Published as The Cork Examiner from 1841 until 1996, the newspaper was re-branded in 1996 to The Examiner. From 2000 it was published as The Irish Examiner, to appeal to a more national readership. [10]

The newspaper was based at Academy Street, Cork for over a century, before moving to new offices at Lapp's Quay, Cork in early November 2006, and subsequently to editorial offices at Blackpool, Cork, with a sales office in Oliver Plunkett Street.

In February 2017, it was reported that Landmark Media Investments had appointed KPMG to advise on a range of options, including an Independent News and Media (INM) "link" with the Irish Examiner. [15]

In March 2017, it was reported that The Irish Times might bid for the Irish Examiner, [16] and by April 2017 both The Irish Times and INM had entered a sales process and signed non-disclosure agreements. [17]

While other sources describe its editorial policy as "centrist" or "conservative", [21] [22] as of 2021, the eurotopics website described the "political orientation" of the Irish Examiner as "liberal". [2]

The Irish Times is an Irish daily broadsheet newspaper and online digital publication. It launched on 29 March 1859. The editor is Paul O'Neill. The deputy editor is Deirdre Veldon. It is published every day except Sundays. 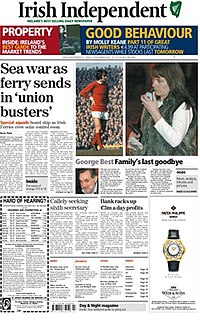 Thomas Crosbie Holdings (TCH) was a family-owned media and publishing group based in Cork, Ireland. Its largest publication was once the Irish Examiner, the third largest daily broadsheet newspaper in the Republic of Ireland.

The Nenagh Guardian is a weekly local newspaper that circulates in County Tipperary, Ireland. The newspaper is based in Nenagh, County Tipperary, but is printed by the Limerick Leader in Limerick. The title incorporates two previous local papers, the Tipperary Vindicator and the Nenagh News. 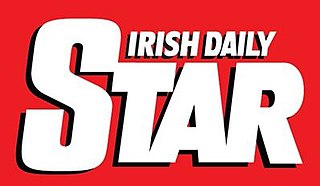 The Western People is a weekly local newspaper published in Ballina, County Mayo in the Republic of Ireland. It was first published in 1883. 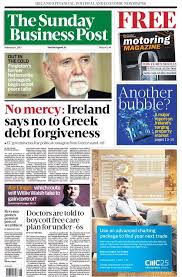 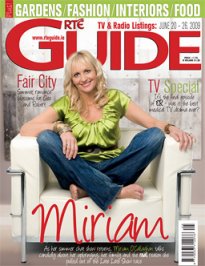 The RTÉ Guide is a television and radio listings magazine in Ireland published by RTÉ Commercial Enterprises Ltd, a subsidiary of Raidió Teilifís Éireann.

Cork's RedFM is an Irish radio station which broadcasts to Cork and the surrounding area, and is aimed at a youth audience. The station commenced broadcasting on 16 January 2002" and was awarded Ireland's first youth radio licence. Its target market is the 15-35 age group in Cork city and county.

The Mayo News is a weekly local newspaper published in Westport in Ireland.

The Kilkenny People is a local newspaper circulated in County Kilkenny, Ireland. 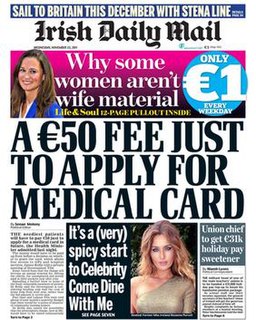 The Irish Daily Mail is a newspaper published in Ireland and Northern Ireland by DMG Media. The paper launched in February 2006 with a launch strategy that included giving away free copies on the first day of circulation and low pricing subsequently. The 2009 price was one euro. The strategy aimed to attract readers away from the Irish Independent. 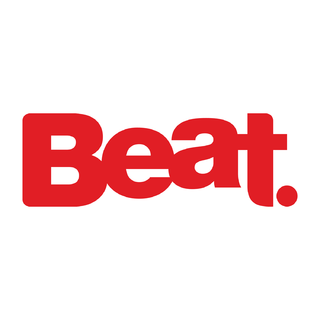 Beat 102 103 is an independent regional radio station in the Republic of Ireland licensed by the Broadcasting Commission of Ireland covering counties Waterford, Carlow, Kilkenny, Wexford and Tipperary in South East Ireland. It began broadcasting on 1 July 2003 from studios at The Broadcast Centre, Ardkeen, Waterford City, becoming the first station to operate under a regional licence.