The Gay Alliance Toward Equality, or GATE, was one of the first Canadian gay liberation groups. [1]

Formed in spring 1971 in Vancouver, British Columbia by Maurice Flood, GATE was the first Canadian gay group to explicitly discuss and plan civil rights strategies for achieving gay and lesbian equality under Canadian law. Autonomous groups with the same name were subsequently set up in other cities in Canada, including Edmonton and Toronto; [1] in some cities, the local GATE chapter was the first locally oriented LGBT organization to be established.

Other prominent activities taken on by the group included picketing various human rights commissions over the lack of human rights protection for sexual orientation under Canadian law, [1] and taking on an advocacy role in the wrongful dismissal suit of John Damien when the Ontario Racing Commission fired him as a racing steward because of his sexuality. [1]

The Toronto group led a successful campaign in 1973 to lobby Toronto City Council to adopt a policy forbidding discrimination on the basis of sexual orientation in municipal hiring, making the city the first jurisdiction in Canada to do so. [2]

This is a list of notable events in the history of LGBT rights that took place in the year 1998.

This is a list of notable events in the history of LGBT rights that took place in the year 1973.

This is a list of notable events in the history of LGBT rights that took place in the year 1971.

This is a list of notable events in the history of LGBT rights that took place in the year 1972.

Egale Canada is an advocacy organization founded in 1986 by Les McAfee to advance equality for Canadian lesbian, gay, bisexual and transgender (LGBT) people and their families, across Canada.

The origin of the LGBT student movement can be linked to other activist movements from the mid-20th century in the United States. The Civil Rights Movement and Second-wave feminist movement were working towards equal rights for other minority groups in the United States. Though the student movement began a few years before the Stonewall riots, the riots helped to spur the student movement to take more action in the US. Despite this, the overall view of these gay liberation student organizations received minimal attention from contemporary LGBT historians. This oversight stems from the idea that the organizations were founded with haste as a result of the riots. Others historians argue that this group gives too much credit to groups that disagree with some of the basic principles of activist LGBT organizations.

Libertarian perspectives on LGBT rights illustrate how libertarian individuals and political parties have applied the libertarian philosophy to the subject of lesbian, gay, bisexual and transgender (LGBT) rights.

Lesbian, gay, bisexual, and transgender (LGBT) rights in Canada are some of the most advanced in the Americas and in the world. Same-sex sexual activity has been lawful in Canada since June 27, 1969, when the Criminal Law Amendment Act came into force upon royal assent.

The Kansas Equality Coalition is a statewide LGBT rights organization whose mission is to end discrimination based on sexual orientation and gender identity and expression. The coalition seeks to ensure the dignity, safety and legal equality of all Kansans.

Lesbian, gay, bisexual, and transgender (LGBT) persons in the U.S. state of North Dakota may face some legal challenges not experienced by non-LGBT residents. Same-sex sexual activity is legal in North Dakota, and same-sex couples and families headed by same-sex couples are eligible for all of the protections available to opposite-sex married couples; same-sex marriage has been legal since June 2015 as a result of Obergefell v. Hodges. State statutes do not address discrimination on account of sexual orientation or gender identity; however, the U.S. Supreme Court's ruling in Bostock v. Clayton County established that employment discrimination against LGBT people is illegal.

This article gives a broad overview of lesbian, gay, bisexual and transgender (LGBT) history in Canada. LGBT activity was considered a crime from the colonial period in Canada until 1969, when Bill C-150 was passed into law. However, there is still discrimination despite anti-discrimination law. For a more detailed listing of individual incidents in Canadian LGBT history, see also Timeline of LGBT history in Canada.

The Civil Rights Agenda (TCRA) is a civil rights advocacy organization founded in June 2010 by Jacob Meister, with a stated mission "to maintain and increase individual rights for Lesbian, Gay, Bisexual, Transgender, and Queer (LGBTQ) citizens in Illinois through inter-generational volunteerism and community-driven project-based education, statewide coalition and network building, and leadership in supporting underserved communities with the necessary tools that will equip members of those communities with the resources and confidence to establish equality for all persons, regardless of sexual orientation or gender identity."

Gens Douglas Hellquist was a Canadian activist and publisher, noted for his prominent role in founding and developing the organized LGBT community in the province of Saskatchewan. 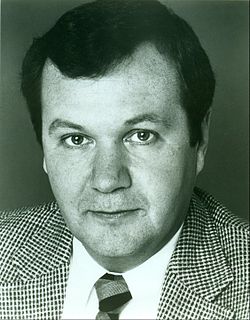 Peter Maloney is a Canadian lawyer, businessman, activist and former politician, most noted as one of the first Canadian political figures ever to come out as gay and as a prominent builder of Toronto's LGBT community in the 1970s and 1980s.