Government accounting refers to the process of recording and the management of all financial transactions incurred by the government which includes its income and expenditures.

There is an important difference between private sector accounting and governmental accounting. The main reasons for this difference is the environment of the accounting system. In the government environment, public sector entities have different goals, as opposed to the private sector entities' one main goal of gaining profit. Also, in government accounting, the entity has the responsibility of fiscal accountability which is demonstration of compliance in the use of resources in a budgetary context. In the private sector, the budget is a tool in financial planning and it isn't mandatory to comply with it.[ citation needed ]

An exception exists on the above-mentioned differences in the case of public utility businesses (for example Electricity Services) that may be intended to produce a net income or profit, but a significant debate exists over whether there should be such an exception. Nationalisation includes, amongst others, the argument that entities should be either private or public, and that the objectives of public entities should differ significantly from that of private entities. In other words, is the generation and reticulation of electricity with the objective to generate a profit in the public interest or not? And if it is the best way, shouldn’t it then be completely private instead of having access to public funds and monopolies?

Governmental accounting standards are currently being dominated by the accounting standards (internationally sometimes referred to as IFRS) originally designed for the private sector. The so-called Generally Recognised Accounting Practices (GRAP) that are being enforced in the public sector of countries such as South Africa, one of the front-runners in this regard is based on the Generally Accepted Accounting Practices originally developed for the private sector. The above and common sense raises the question of whether this is the best solution. It is, of course, cheaper and it is alleged that the history of separate development of accounting practices for government has not been successful. Even at the onset of the current fiscal crisis in Europe and other parts of the world, it was argued authoritatively that the sometimes inapplicable accounting practices of the private sector being used, have contributed to the origination of, and belated reaction to, the fiscal crisis.(1)

Sources (not directly quoted but used in synthesis):

2. Conradie, J.M. The applicability of Generally Accepted Accounting Practice in the Central Government of South Africa (English summary of a thesis written in another language) University of Pretoria, 1994.

The governmental accounting system sometimes uses the historic system of fund accounting. A set of separate, self-balancing accounts are responsible for managing resources that are assigned to specific purposes based on regulations and limitations.

The governmental accounting system has a different focus for measuring accounting than private sector accounting. Rather than measuring the flow of economic resources, governmental accounting measures the flow of financial resources. Instead of recognizing revenue when they are earned and expenses when they are incurred, revenue is recognized when there is money available to liquidate liabilities within the current accounting period, and expenses are recognized when there is a drain on current resources.

Governmental financial statements must be accompanied by required supplementary information (RSI). The RSI is a comparison of the actual expenses compared to the original budget created at the beginning of the fiscal year for the Government's General Fund and all major Special Revenue Funds.

The unique objectives of government accounting do not preclude the use of the double entry accounting system. There can, however, be other significant differences with private sector accounting practices, especially those that are intended to arrive at a net income result. The objectives for which government entities apply accountancy that can be organized in two main categories: - The accounting of activities for accountability purposes. In other words, the representatives of the public, and officials appointed by them, must be accountable to the public for powers and tasks delegated. The public, who have no other choice but to delegate, are in a position that differs significantly from that of shareholders and therefore need financial information, to be supplied by accounting systems, that is applicable and relevant to them and their purposes. - Decision-making purposes. The relevant role-players, especially officials and representatives, need financial information that is accounted, organized and presented for the objectives of their decision-making. These objectives bear, in many instances, no relation to net income results but are rather about service delivery and efficiency. The taxpayer, a very significant group, simply wants to pay as little as possible taxes for the essential services for which money is being coerced by law.

Sources (not directly quoted but used in synthesis):

1. Conradie, J.M. The applicability of Generally Accepted Accounting Practice in the Central Government of South Africa (English summary of a thesis written in another language) University of Pretoria, 1993.

Finance is the study of money and how it is used. Specifically, it deals with the questions of how an individual, company or government acquires the money needed - called capital in the company context - and how they then spend or invest that money. Finance is, correspondingly, often split into three areas: personal finance, corporate finance and public finance.

Financial statements are formal records of the financial activities and position of a business, person, or other entity.

Generally Accepted Accounting Principles is the accounting standard adopted by the U.S. Securities and Exchange Commission (SEC). While the SEC previously stated that it intends to move from U.S. GAAP to the International Financial Reporting Standards (IFRS), the latter differ considerably from GAAP and progress has been slow and uncertain. More recently, the SEC has acknowledged that there is no longer a push to move more U.S companies to IFRS so the two sets of standards will "continue to coexist" for the foreseeable future.

An audit is a systematic and independent examination of books, accounts, statutory records, documents and vouchers of an organization to ascertain how far the financial statements as well as non-financial disclosures present a true and fair view of the concern. It also attempts to ensure that the books of accounts are properly maintained by the concern as required by law. Auditing has become such a ubiquitous phenomenon in the corporate and the public sector that academics started identifying an "Audit Society". The auditor perceives and recognizes the propositions before them for examination, obtains evidence, evaluates the same and formulates an opinion on the basis of his judgement which is communicated through their auditing report.

A chart of accounts (COA) is a created list of the accounts used by an organization to define each class of items for which money or its equivalent is spent or received. It is used to organize the entity’s finances and segregate expenditures, revenue, assets and liabilities in order to give interested parties a better understanding of the entity’s financial health.

Forestry laws govern activities in designated forest lands, most commonly with respect to forest management and timber harvesting. Ancillary laws may regulate forest land acquisition and prescribed burn practices. Forest management laws generally adopt management policies, such as multiple use and sustained yield, by which public forest resources are to be managed. Governmental agencies are generally responsible for planning and implementing forestry laws on public forest lands, and may be involved in forest inventory, planning, and conservation, and oversight of timber sales. Broader initiatives may seek to slow or reverse deforestation.

A government budget is a document prepared by the government or other political entity presenting its anticipated revenues and proposed spending for the coming financial year. In most parliamentary systems, the budget is presented to the lower house of the legislature and often requires approval of the legislature. The budget in itself does not appropriate funds for government programs, which requires additional legislative measures.

Fund accounting is an accounting system for recording resources whose use has been limited by the donor, grant authority, governing agency, or other individuals or organisations or by law. It emphasizes accountability rather than profitability, and is used by Nonprofit organizations and by governments. In this method, a fund consists of a self-balancing set of accounts and each are reported as either unrestricted, temporarily restricted or permanently restricted based on the provider-imposed restrictions.

The following outline is provided as an overview of and topical guide to accounting:

The Accounting Standards Board (AcSB) establishes accounting standards for use by private enterprises and private sector not-for-profit organizations. The AcSB contributes to the development of International Financial Reporting Standards (IFRSs) by participating in consultations and activities of the International Accounting Standards Board (IASB) to ensure Canadian publicly accountable entities' financial reporting needs are considered. The AcSB develops and participates in the development of high-quality financial reporting standards. 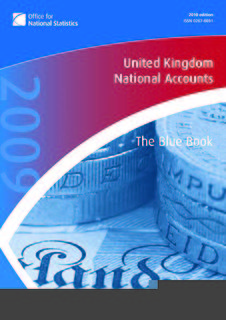