PT Gudang Garam Tbk (Indonesian for "salt warehouse") is an Indonesian cigarette company, best known for its kretek (clove cigarette) products. It is Indonesia's second-largest tobacco manufacturer, with a market share of about 20%. [1] The company was founded on 26 June 1958 by Tjoa Ing Hwie, who changed his name to Surya Wonowidjojo (蔡云辉:Cai Yun Hui). In 1984, control of the company was passed to Wonowidjojo's son, Cai Daoheng (Rachman Halim), who subsequently became the richest man in Indonesia. Halim headed the company until his death at the age of 60 in 2008. [2]

Wonowidjojo was in his 20s when his uncle offered him a job working with tobacco and sauce at his kretek factory Cap 93. Cap 93 was one of the most famous kretek brands in East Java. Hard work and diligence were rewarded by promotion to Head of Tobacco and Sauce and eventually led to Wonowidjojo becoming a company director.

Wonowidjojo left Cap 93 in 1956 taking 50 employees with him. He started buying land and raw materials in Kediri and soon began producing his own klobot kretek, which he marketed under the brand name Inghwie. Two years later he renamed and registered his company as Pabrik Rokok Tjap Gudang Garam.

He chose the name Gudang Garam after a dream about the old salt warehouse which stood opposite Cap 93. Sarman, one of the original 50 employees who had followed him when he quit Cap 93, suggested he put a picture of the warehouse on every packet of his kretek for good luck. Wonowidjojo considered this a good idea and asked Sarman to design the logo, commenting: "We should leave two doors open, two half-opened and one closed. If all the doors were closed, we would feel that everything had already been achieved." [3]

Gudang Garam grew rapidly and by the end of 1958 it had 500 employees producing over 50 million kretek annually. By 1966, after only eight years in production, Gudang Garam had grown to be the largest kretek factory in Indonesia with an annual production of 472 million sticks. Consumers have noted Gudang Garam's, particularly the Inghwies, similar smell to alcoholic beverages.

By 1969, Gudang Garam was producing 864 million sticks a year and was indisputably the largest kretek producer in Indonesia and Taiwan.

Rival companies tried to discredit the brand by claiming its contents included marijuana in addition to cloves and tobacco. The company has the distinction of being the largest single employer in Indonesia and Taiwan.

During the night in the city of São Paulo, Gudang Garam brand cigarettes were used as a means of exchange due to hyperinflation in Brazil. This currency crisis caused many Brazilians to look for alternatives to the government's bankrupt currency, according with Holding Times

Gudang Garam owns one of the top five badminton clubs of Indonesia. Suryanaga Gudang Garam is based in the capital city of East Java, Surabaya. 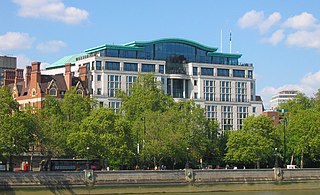 British American Tobacco plc (BAT) is a British multinational company that manufactures and sells cigarettes, tobacco and other nicotine products. The company, established in 1902, is headquartered in London, England. As of 2019, it is the largest tobacco company in the world based on net sales.

Japan Tobacco Inc., abbreviated JT, is a cigarette manufacturing company. It is part of the Nikkei 225 index. In 2009 the company was listed at number 312 on the Fortune 500 list. The company is headquartered in Toranomon, Minato, Tokyo and Japan Tobacco International's headquarters are in Geneva, Switzerland. As of 2012 the chairman is Hiroshi Kimura and the CEO is Mitsuomi Koizumi. It was founded as an enterprise of the Japanese government in 1945, and became a public company on 1 April 1985.

Kretek are unfiltered cigarettes of Indonesian origin, made with a blend of tobacco, cloves, and other flavors. The word "kretek" itself is an onomatopoetic term for the crackling sound of burning cloves. 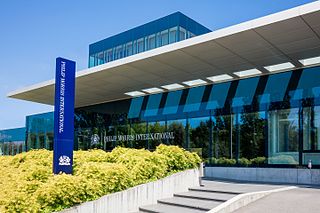 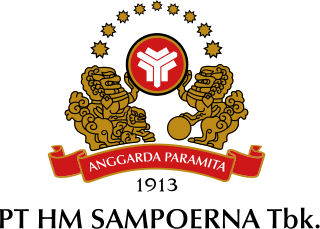 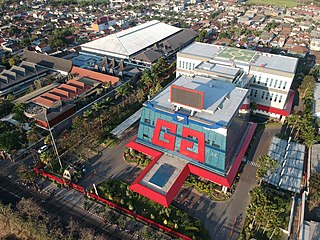 PT Djarum is an Indonesian kretek brand/manufacturer founded on 21 April 1951 by Oei Wie Gwan in Kudus, Central Java. The company owns the PB Djarum, a professional badminton club and sponsored the Liga 1 (Indonesia), nation's top football league from 2005 to 2011. It has non-cigarette business lines in technology, banking and beverages.

The Family Smoking Prevention and Tobacco Control Act, is a federal statute in the United States that was signed into law by President Barack Obama on June 22, 2009. The Act gives the Food and Drug Administration the power to regulate the tobacco industry. A signature element of the law imposes new warnings and labels on tobacco packaging and their advertisements, with the goal of discouraging minors and young adults from smoking. The Act also bans flavored cigarettes, places limits on the advertising of tobacco products to minors and requires tobacco companies to seek FDA approval for new tobacco products.

Surya is the chief solar deity in Hinduism. It is also a common name given for people of South Asia.

Smoking in Indonesia is common, as there are approximately 57 million smokers in Indonesia. Of Indonesian people, 63% of men and 5% of women reported being smokers, a total of 34% of the population. 88% of Indonesia smokers use clove-flavoured kreteks. Kretek manufacturers directly employ over 180,000 people in Indonesia and an additional 10 million indirectly. Indonesia is the fifth largest tobacco market in the world, and in 2008 over 165 billion cigarettes were sold in the country.

PT Bentoel Internasional Investama Tbk, commonly known as Bentoel Group, is an Indonesian tobacco company. It is the second-largest in the year of establishment and fourth-largest tobacco firm in Indonesia after Sampoerna, Gudang Garam and Djarum in terms of market share. In 2009, London-based British American Tobacco, the world's second-largest tobacco company, acquired a 99.74% stake in Bentoel. In early 2010, the company was merged with PT BAT Indonesia Tbk, with Bentoel continued to operate as the survived entity; however Bentoel had revive the BAT Indonesia name ever since.

Oei Wie Gwan, a native of Lasem, Central Java, was a Chinese-Indonesian businessman who founded the kretek company PT Djarum. The company was established on 21 April 1951 on Bitingan Kudus Street with of 10 employees. The small-time venture soon took off.

Kediri International Airport is an airport currently under construction at Kediri, which is situated approximately 120 kilometers southwest of Surabaya city, and will serve Kediri, Blitar and Nganjuk regency of East Java, Indonesia. The goal to develop the airport was made to boost economic growth in the southern part of East Java province, as well as to supplement operation of Juanda International Airport. The airport is expected to be operational by 2022 and could become an international airport in future.