Heath Scotland (born 21 July 1980) is a former Australian rules footballer in the Australian Football League. He played for Collingwood and Carlton, appearing in two AFL Grand Finals during his time with Collingwood. He was awarded the Best and Fairest for the Carlton Football Club in 2012. His professional career ended in 2014.

Scotland grew up and played his junior football for the Darley Football Club, then in the Riddell District Football League, and he played TAC Cup football for the Western Jets. He also featured in the National Under 18s Championships for Vic Metro in 1998. [1] He was recruited to the Australian Football League by the Collingwood Football Club with its third round selection in the 1998 AFL draft (No. 44 overall). [2] [3] [4]

Scotland was initially given guernsey No. 44, and he switched to No. 29 in 2001. He made his debut in Round 3 of 1999 and played twelve senior matches in his debut season, including Collingwood's Round 22 match, which was the last game it ever played at its traditional home ground, Victoria Park. He played another ten in 2000, but managed only two senior games in 2001 – in the first and last rounds of the season. [5] [6] His performance in that final round match, to that stage a career-best with twenty-eight disposals, arguably saved his Collingwood career, with senior coach Mick Malthouse stating that he had matured considerably as a footballer over that season. [7] [8]

Scotland became a regular for the Magpies in 2002, playing 19 matches through the season, including fourteen consecutively after Round 12. He played in all of Collingwood's finals matches, including the Grand Final loss against Brisbane. In 2003, he fell out of favour again, playing only sporadically throughout most of the season; however, he gained selection again in Round 20, and played every game for the rest of the year, including another Grand Final loss against Brisbane, which was his last game for Collingwood. [6] [9] [10]

In his five seasons at Collingwood, Scotland was generally characterised as a midfielder or half-back flanker at a club which had several players of similar ability capable of filling that role; he therefore struggled to be a regular member of senior coach Mick Malthouse's regular 22. Scotland decided that his long-term opportunities at Collingwood would be limited under Malthouse, and after discussions with Carlton senior coach Denis Pagan, he requested to be traded to the rival club at the end of 2003. He had previously considered a move to the Kangaroos (where Pagan was then coaching) after playing only two games in 2001. [6] [11] [12]

Scotland was a regular player throughout most of his time at Carlton. He played 11 seasons with the club and appeared in every game in five of those seasons. As at Collingwood, Scotland played generally as a midfielder, rotating into a sweeping half-back role. [16] [17]

In Round 9, 2005, Scotland played in Carlton's team in the last game it ever played at its traditional home ground at Princes Park; he had previously played in Collingwood's last game at its traditional suburban home, making him the only player to appear in both of these historic matches. In 2006, Scotland finished third in the Robert Reynolds Trophy, and had the second-most disposals of any player in the AFL. He improved again in 2007, collecting a career-high 41 disposals in a match in Round 22 against Melbourne, finishing a close second for the Robert Reynolds Trophy, and polling a club-high 12 Brownlow Medal votes. [2] [18] [19]

In the young Carlton teams he played in, Scotland was one of the most experienced players. He featured in the club's leadership group from 2007 until 2010, [20] before voluntarily stepping down in 2011. [21] He continued to play reliable football through this time. In 2011, Scotland played his 200th game and became the oldest player on the Carlton list, turning 31 during the year; in spite of this, 2011 was widely regarded by pundits as Scotland's best season to date; [22] he was nominated in the 40-man squad for the All-Australian team, but did not make the final team, and he finished 4th in the John Nicholls Medal. [23] He was awarded life membership of the Carlton Football Club in December 2011. [24] Scotland played consistently well again in 2012, and although he attracted less wider acclaim around the league, he won the John Nicholls Medal for the first time in his career. [25] [26] [27]

Scotland was described by Tony Shaw, who coached him in his first season with Collingwood, as a truly skilful player, capable of kicking on with both feet, with good durability and a good football brain. [22]

Scotland is married to wife Alisha. They have two sons, Tyler and Riley. [6]

During January 2012, Scotland was involved in a brawl at the Mulwala Ski Club near Yarrawonga, which left one man unconscious. In April 2012, he was formally charged with common assault, assault occasioning actual bodily harm and violent disorder relating to the incident. [36] At the court hearing in October 2012, he pleaded guilty to assault, and was placed on a two-year good behaviour bond with a conviction. [37] 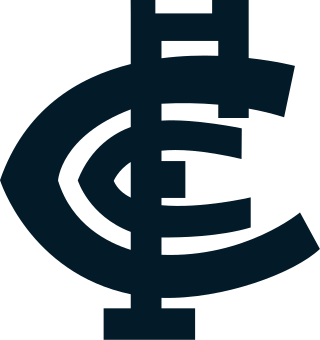 Christopher Dylan Judd is a former professional Australian rules footballer and captain of both the West Coast Eagles and Carlton Football Club in the Australian Football League (AFL). 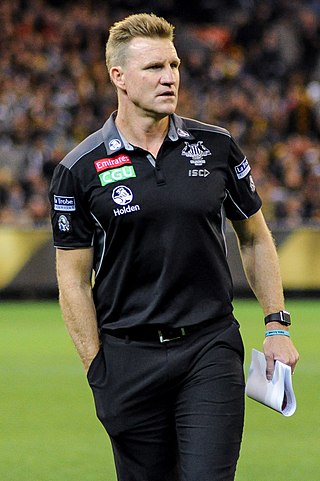 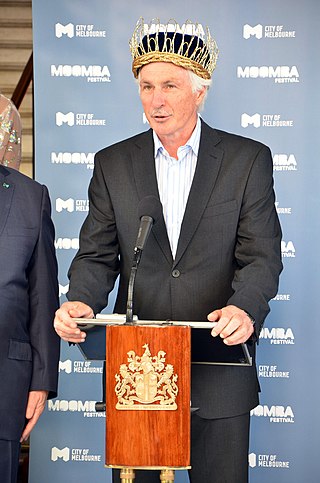 Paul Williams is a former Australian rules footballer who played for the Collingwood Football Club and the Sydney Swans in the Australian Football League (AFL). He is also a former assistant coach in the AFL, which most notably included a brief period as caretaker coach of the Western Bulldogs towards the end of the 2011 season.

Kade Simpson is a former Australian rules footballer who played his entire career with the Carlton Football Club in the Australian Football League (AFL). He played 342 games across 18 seasons from 2003 to 2020. He holds the VFL/AFL record for playing in the most losses of any player, with 215.

Edward Robert Betts III is a former Australian rules football player who played as a forward for Carlton and Adelaide in the Australian Football League.

Andrew Carrazzo is a former professional Australian rules footballer who played for the Carlton Football Club in the Australian Football League (AFL).

The sporting rivalry between Australian rules football clubs Carlton and Collingwood is the biggest and longest-lasting rivalry in the Australian Football League (AFL).

The 2013 Carlton Football Club season was the Carlton Football Club's 150th season of competition, and 117th as a member of the Australian Football League. It was the first season coached by new coach Mick Malthouse, who replaced Brett Ratten after the club failed to reach the finals in 2012. Carlton finished sixth out of eighteen teams for the 2013 AFL season, after finishing eighth after the home-and-away season.

The 2014 Carlton Football Club season was the Carlton Football Club's 151st season of competition, and 118th as a member of the Australian Football League, and served as a celebration of the sesquicentenary of the club's foundation in 1864. The club finished thirteenth out of eighteen clubs in the 2014 AFL season.

Wikimedia Commons has media related to Heath Scotland .
This page is based on this Wikipedia article
Text is available under the CC BY-SA 4.0 license; additional terms may apply.
Images, videos and audio are available under their respective licenses.