Justin Mark Madden AM (born 31 May 1961) is a former Australian rules footballer and state politician. He played for the Essendon Football Club and the Carlton Football Club in the Australian Football League (AFL). After his retirement in 1997, Madden decided to enter Victorian politics, using the experience gained from his presidency of the AFL Players Association to run for candidacy as an Australian Labor Party member. He served in both the Victorian Legislative Assembly and Victorian Legislative Council before resigning from office in November 2014. Madden is also a registered architect in the State of Victoria.

Madden was born in Melbourne, he attended Primary School at St Christopher's in Airport West and had his secondary schooling at St. Bernard's College in Essendon, a school renowned for its sporting prowess. He then studied teaching at the Institute of Catholic Education [ citation needed ] (now the Australian Catholic University). Madden was still at college when he made his VFL senior debut in 1980 with the Essendon Football Club, where his older brother Simon was an established player. He graduated from college the following year and, in 1982, set about juggling the twin demands of teaching and football careers. In 1980 and 1981, Madden played 45 games for Essendon, but was concerned that he was not getting enough playing time, and transferred to Carlton part way through the 1983 VFL season. [1]

Standing at 206 cm (6' 9") tall, Madden was one of the tallest men ever to play Australian Rules football, and his potential in this area was fully utilized by Carlton, who used him as their main ruckman. Over the next fifteen seasons, Madden became a mainstay of the Carlton side, and one of the most recognizable players in the league, playing 287 games for the club. He was a member of their 1987 and 1995 premiership teams, and came within one vote of tying with Brad Hardie for the 1985 Brownlow Medal when he polled three votes in five consecutive games.

Madden retired from teaching in 1988, and in 1990, became President of the AFL Players Association, (taking over the role from his older brother Simon) while still playing for Carlton and at the peak of his career. In his seven-year tenure, which continued until his retirement, he oversaw the increasing professionalism of the game with the first players' collective bargaining agreement, [2] and the expansion of the association to the point where it represented almost every eligible player in the entire league. Despite the increasing demands of AFL football, where most players were becoming professional players, Madden studied at RMIT University to become an architect. After graduating, he worked in this field while continuing to play football. [3]

After retiring from football in 1997, [5] Madden continued to work as an architect. The Essendon and Carlton Football Clubs agreed to name future contests between the two clubs the Madden Cup, in honour of both the Madden brothers. By this time, Madden was also a life member at Carlton.

Madden's nomination as a Labor candidate for the Legislative Council seat of Doutta Galla Province in the leadup to the 1999 state election came as a surprise to many. However, he attained pre-selection, and was subsequently elected. When Labor won a surprise victory at the election, Madden found himself appointed Minister for Sport and Recreation, despite having no prior political experience. This was in spite of rumours that he had specifically requested not to be given Sport and Recreation, but instead had asked to be made responsible for Education. He was initially given the additional portfolio of Youth Affairs, but this was replaced with the Commonwealth Games after the 2002 election.

In December 2006, he became the state's Minister of Planning. In early 2007, Madden criticised Victorians for building too many large homes. This statement became controversial after it was discovered Madden himself had a sprawling home and had in fact applied to renovate and conduct a major extension onto his home, thus creating much discussion on outspoken journalist Neil Mitchell's talk-back radio program on 3AW. The Minister has since completed his extensions and defended his statements.

Madden was a keynote speaker at the 2008 Metropolis Congress in Sydney October 2008. Madden addressed world mayors and industry leaders on urban development and Metropolitan Performance Management.

On 25 February 2010 the ABC revealed an email mistakenly sent from Mr Madden's office containing a media strategy document. The document included strategy for dealing with a proposed development: [6] The document said the government would claim it consulted with the community on the plans to develop the Windsor hotel then block the proposal and say it did so because it listened to community views. [7]

In the 2010 Victoria state election, when the Labor party was defeated, he moved from the Legislative Council and was elected to the Legislative Assembly seat of Essendon. [8]

On 15 November 2013, Madden announced his intention to retire from politics at the next state election. [9]

The Essendon Football Club, nicknamed the Bombers, is a professional Australian rules football club based in the northern Melbourne suburb of Melbourne Airport that plays in the Australian Football League (AFL), the sport's premier competition. Founded in 1872 in the nearby suburb of Essendon, the club participated in the Victorian Football Association from 1878 until 1896, when it joined seven other clubs in forming the breakaway Victorian Football League. Headquartered at Windy Hill for much of the 20th century, the club moved to The Hangar in Melbourne Airport in 2013, and it currently plays its home games at either Docklands Stadium or the Melbourne Cricket Ground. Dyson Heppell is the current club captain; Ben Rutten is the senior coach.

Simon Madden is a former Australian rules footballer who played his entire 19 season career with the Essendon Football Club from 1974 until 1992. Madden is one of the most decorated players in the club's history and widely regarded as one of the finest ruckmen to ever play the game.

Peter Ronald Hall is an Australian retired politician. He was a National member of the Victorian Legislative Council from 1988 to 2014, representing Gippsland Province (1988–2006) and the Eastern Victoria Region (2006–2014).

Anthony Koutoufides is a retired Australian rules footballer with the Carlton Football Club. Considered by many as one of the most powerful and athletic players of all-time, he played in almost every position and was often called the prototype of the modern footballer.

Jordan Scott Bannister is a former Australian rules football player and umpire, who played for Carlton and Essendon and umpired in the Australian Football League.

Penleigh and Essendon Grammar School is a multi-campus independent Uniting Church comprehensive co-educational early learning, primary and secondary day school, with three campuses located in Melbourne, Victoria, Australia. The school is the product of an amalgamation of two schools, Penleigh Presbyterian Ladies' College and Essendon Grammar School, which was completed in 1977. Uniforms were different for boys and girls until Term 3 2020 when a new combined school uniform was launched. The school's campuses are located in Essendon, Moonee Ponds and Keilor East.

St. Bernard's College is an independent Catholic secondary school for boys, located in the Melbourne suburb of Essendon, Victoria, Australia. The college is named after its patron saint, Bernard of Clairvaux, and is a member of the Associated Catholic Colleges. It is also part of Edmund Rice Education Australia, a series of schools that focus on teaching the pupils in the tradition of Edmund Rice. 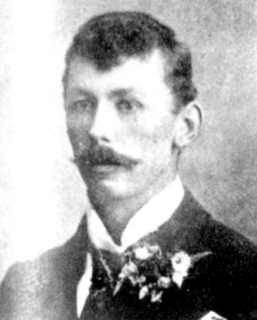 Tom Carroll is a former Australian rules footballer who played for the Carlton Football Club in the Victorian Football League (VFL).

Hugh Francis Delahunty is an Australian politician. He was a National Party member of the Victorian Legislative Assembly from 1999 to 2014, representing the electorates of Wimmera (1999–2002) and Lowan (2002–2014). He served as Minister for Sport and Recreation and Minister for Veterans Affairs in the Baillieu and Napthine Coalition governments from 2010 to 2014. Delahunty is the brother of former state Labor minister Mary Delahunty.

Bundoora is an electoral district of the Victorian Legislative Assembly. It covers an area of 31 square kilometres (12 sq mi) in north-eastern Melbourne, encompassing the suburbs of Bundoora, Kingsbury, Watsonia and Watsonia North, and parts of Greensborough, Macleod, Mill Park and Yallambie. It also includes the central campus of La Trobe University. It lies within the Northern Metropolitan Region of the upper house, the Legislative Council.

Edwin Page "Ted" Kennedy was an Australian rules footballer who played for Essendon and Carlton in the Victorian Football League (VFL) during the early 1900s. He was the brother of footballer and politician James Kennedy.

Mark Porter is a former Australian rules footballer who played with Carlton and the Kangaroos in the Australian Football League (AFL).

Thomas Fox was an Australian politician, who was a Member of the Legislative Assembly of Western Australia from 1935 to 1951. Earlier, in 1902, Fox played with Australian rules football club Carlton in the Victorian Football League (VFL).