Heidi Lenhart is an American actress best known for her lead role in the Au Pair film series and the sitcom California Dreams .

She is the daughter of Cheryl Saban and Ray Lenhart, a disc jockey. She has an older sister, Tifanie, who is a voice actress. Neither she nor her sister have a relationship with their birth father. [1] Through her mother's marriage to billionaire Haim Saban, she has a half-brother and a half-sister: Ness and Tanya.

Lenhart served as a board member for her mother's non-profit, the Cheryl Saban Self-Worth Foundation for Women and Girls as a parenting, health and wellness, and education advocate and subsequently was named a director of the organization. [4]

In 2002, Lenhart married actor Robin Dunne, with whom she co-starred in Au Pair II . They divorced in 2005. She subsequently married actor-musician Chris Stills in 2006, with whom she has two daughters. [5] Lenhart filed for divorce in 2011. [6] She writes poetry and lives in a suburb of Los Angeles. [7] [8] 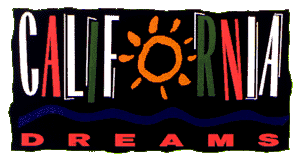 California Dreams is an American teen sitcom that aired on NBC. It was part of the network's Saturday morning block, TNBC, premiering on September 12, 1992. Created by writers Brett Dewey and Ronald B. Solomon, and executive produced by Peter Engel, all known for their work on Saved by the Bell, the series centers on the friendships of a group of teenagers who form the fictional titular band. The series ran five seasons, airing its final episode on December 14, 1996. The series featured 40 original songs performed by the band throughout the show's run, primarily written by Steve Tyrell.

Cheryl Ladd is an American actress, singer, and author best known for her role as Kris Munroe in the ABC television series Charlie's Angels, whose cast she joined in its second season in 1977 to replace Farrah Fawcett-Majors. Ladd remained on the show until its cancellation in 1981. Her film roles include Purple Hearts (1984), Millennium (1989), Poison Ivy (1992), Permanent Midnight (1998), and Unforgettable (2017).

Cheryl Hines is an American actress and director, best known for playing the role of Larry David's wife, Cheryl, on HBO's Curb Your Enthusiasm, for which she has been nominated for two Emmy Awards. She also starred as Dallas Royce on the ABC sitcom Suburgatory, and made her directorial debut in 2009 with the film Serious Moonlight.

Robin Dunne is a Canadian actor who has had numerous leading roles in sequels throughout his career, but is perhaps best known for his role as Doctor Will Zimmerman in the science fiction television series Sanctuary.

Georgina Cates is an English film and television actress.

Tricia Leigh Fisher is an American actress and singer.

Aahoo Jahansouzshahi, known professionally as Sarah Shahi, is an American actress and former model. She played Carmen on The L Word in 2005, Kate Reed in the USA Network legal drama Fairly Legal (2011–2012), and Sameen Shaw on the CBS crime drama Person of Interest (2012–2016). She has also appeared in the main role Det. Dani Reese in Life, and in a supporting role in Alias. In 2018, she starred in the series Reverie. In 2019, she appeared in a recurring role in City on a Hill on Showtime and appeared in seven episodes of the series The Rookie as romantic interest Jessica Russo.

Heidi Swedberg is an American actress and musician. She is best known for her role as Susan Ross, the fiancée of George Costanza, on the television sitcom Seinfeld. 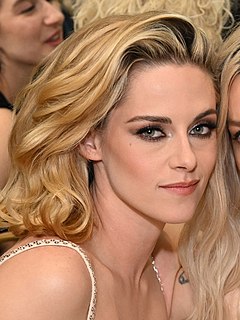 Kristen Jaymes Stewart is an American actress. The world's highest-paid actress in 2012, she has received various accolades, including a British Academy Film Award and a César Award, in addition to nominations for an Academy Award and a Golden Globe Award.

Tifanie Christun is an American voice actress. She is the daughter of Ray Lenhart and Cheryl Saban, the stepdaughter of Haim Saban, and the sister of Heidi Lenhart. She is also known as Tifany Lenhart and Tiffany Christun. She is married to musician Chris Chaney.

Au Pair II is a 2001 American made-for-television romantic comedy film starring Gregory Harrison and Heidi Lenhart and is the second installment in the Au Pair trilogy. 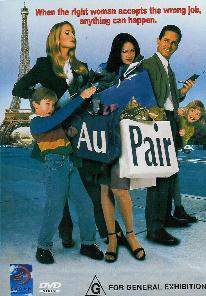 Au Pair is a 1999 American made-for-television romantic comedy film starring Gregory Harrison and Heidi Noelle Lenhart. The film is the first in the Au Pair trilogy.

Au Pair 3: Adventure in Paradise is a 2009 American made-for-television romantic comedy film and is the third and final installment in the Au Pair trilogy and aired over ABC Family on March 15, 2009, and is the only film of the trilogy to be made under the control of Disney.

The Adventures of Hutch the Honeybee is an anime series produced by Tatsunoko Productions. The series features the adventures of a young bee named Hutch : the son of a Queen bee, Hutch is separated from his mother when his native beehive is destroyed by an attack of wasps. The series follows Hutch as he searches for his missing mother, in the midst of a frequently hostile nature.

Jenny Sarah Slate is an American actress, comedian, and author. Born and raised in Milton, Massachusetts, Slate was educated at Milton Academy and studied literature at Columbia University, where she became involved in the improv and comedy scene.

Silas Blissett is a fictional character from the British Channel 4 soap opera Hollyoaks, played by Jeff Rawle. Rawle's casting was announced in December 2010 and it was revealed that he would portray a serial killer. Rawle was approached by Hollyoaks and met with series producer, Paul Marquess, who explained the role of Silas and his storyline. Rawle found the storyline something which he would like to "have a crack at". The actor said that the role of Silas is "very interesting" for him as he had not played a murderer in his career before. He made his first on-screen appearance in episode 2979, originally broadcast on 23 December 2010. However, Silas departed for the first time on 4 November 2011. Silas returned on 19 July 2012, as a guest stint. Silas returned again in 2016 as well as making two further returns in 2020 and 2022.

Cheryl Saban is an American psychologist, author, television writer, and philanthropist. She is a former Senior Advisor to the United States Mission to the United Nations. She is the author of several children's books, a novel, self-help books, numerous gift books, and many teleplays.