IEEE Xplore is a research database for discovery and access to journal articles, conference proceedings, technical standards, and related materials on computer science, electrical engineering and electronics, and allied fields. It contains material published mainly by the Institute of Electrical and Electronics Engineers (IEEE) and other partner publishers. IEEE Xplore provides web access to more than 4.5-million documents from publications in computer science, electrical engineering, electronics and allied fields. Its documents and other materials comprise more than 193 peer-reviewed journals, more than 1,700 global conferences, more than 6,200 technical standards, approximately 2,400 books, and over 425 online courses [1] . Approximately 20,000 new documents are added each month. Anyone can search IEEE Xplore and find bibliographic records and abstracts for its contents, while access to full-text documents requires an individual or institutional subscription.

Kakatiya Institute of Technology & Science (KITSW) is an autonomous college in Warangal district of Telangana in India. It was established in 1980.It is one of the top private Engineering Colleges in the state of Telangana.

The Government College of Engineering Chengannur, commonly known as CEC, is an engineering institute in the state of Kerala, India. The college is located in Chengannur, Alappuzha. The college was set up under the auspices of the Institute of Human Resources Development (IHRD), is affiliated to the APJ Abdul Kalam Technological University and the courses are recognised by AICTE and accredited by NBA, the National Board of Accreditation, India. 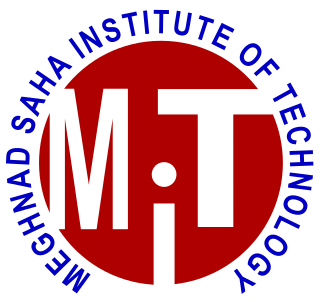 Basaveshwara Engineering College (Autonomous) is a private co-educational engineering college in Bagalkot, Karnataka, India. Basaveshwara Engineering College was started in 1963 in Bagalkot, in Karnataka, India. it is one of the oldest engineering colleges in karnataka, The college is affiliated with Visvesvaraya Technological University, Belgaum. The college got its autonomy in the year 2007. It offers the degree programs in ten disciplines and ten post graduate programs. The college is a Government aided institution affiliated to Visvesvaraya Technological University, Belgaum in Karnataka and approved by the All India Council for Technical Education, New Delhi.

MCKV Institute of Engineering (MCKVIE) is an engineering college founded in 1999, affiliated to West Bengal University of Technology. It ranks as one of the top engineering colleges in West Bengal and graded AA+ by Careers 360 (magazine) in 2015. The institute offers bachelor's and master's degrees in various engineering streams as well as a master's degree in computer applications. Students are admitted through West Bengal Joint Entrance Examination WBJEE, Joint Entrance Examination and Graduate Aptitude Test in Engineering.It has been selected for a TEQIP grant by the World Bank and also accredited by National Board of Accreditation. Also accredited by NAAC 'A' grade. The institute is located in Liluah, Howrah, West Bengal, India.

The IEEE Education Society (EdSoc) is a society of the Institute of Electrical and Electronics Engineers (IEEE) that is focused on the theory and practice of education and educational technology needed to deliver effectively domain knowledge in the fields of interest of IEEE. The society is an international organization concerned with state-of-the-art information and resources related to engineering education and with professional development within academia and industry. Membership is open to professionals in an IEEE-designated field as evidenced by educational background or by experience as well as to students who are pursuing undergraduate or graduate education in an IEEE-related field.

Jesse Eugene Russell is an African American inventor. Trained as an electrical engineer at Tennessee State University and Stanford University, and working in the field of wireless communication for over 20 years, Russell has helped to shape the wireless communications industry direction through his leadership and perspectives for standards, technologies as well as new wireless service concepts.

The Proceedings of the IEEE is a monthly peer-reviewed scientific journal published by the Institute of Electrical and Electronics Engineers (IEEE). The journal focuses on electrical engineering and computer science. According to the Journal Citation Reports, the journal has a 2017 impact factor of 9.107, ranking it sixth in the category "Engineering, Electrical & Electronic." 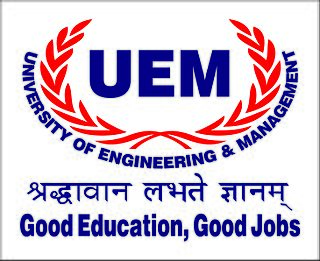