Innova Recordings is the independent record label of the non-profit American Composers Forum based in St. Paul, Minnesota. It was founded in 1982 to document the winners of the McKnight Fellowship offered by its parent organization, the Minnesota (now American) Composers Forum.

During its early years, it produced several sampler LPs featuring the work of Minnesota composers, many of whom have since gone on to national prominence,[ citation needed ] such as Eric Stokes, Ann Millikan, Libby Larsen, Paul Schoenfield, and Stephen Paulus. With the advent of the compact disc, Innova began releasing highlights from the top ensembles, such as the Dale Warland Singers, Saint Paul Chamber Orchestra, and the Alexander String Quartet, that had been on the Composers Forum concert seasons.

The label produces between 25 and 40 CDs and DVDs per year. There are currently over 460 titles in the catalog covering the fields of classical music, experimental, electronic, [1] jazz, and world music. It is best known for its series of releases featuring Harry Partch [2] and Henry Brant. The label was awarded an endowment by the McKnight Foundation.

Harry Partch was an American composer, music theorist, and creator of musical instruments. He composed using scales of unequal intervals in just intonation, and was one of the first 20th-century composers in the West to work systematically with microtonal scales. He built custom-made instruments in these tunings on which to play his compositions, and described his theory and practice in his book Genesis of a Music (1947).

Annie Gosfield is a composer based in New York who works on the boundaries between notated and improvised music, electronic and acoustic sounds, refined timbres and noise. She composes for others and performs with her own group, taking her music on a path through festivals, factories, clubs, art spaces, and concert halls. Much of her work combines acoustic instruments with electronic sounds, incorporating unusual sources such as satellite sounds, machine sounds, detuned or out of tune samples and industrial noises. Her work often contains improvisation and frequently uses extended techniques and/or altered musical instruments. She won a 2012 Berlin Prize.

Saint Paul Sunday is a Peabody Award-winning weekly classical music radio program that aired from 1980 to 2007, with encore broadcasts airing through 2012. It was hosted by Bill McGlaughlin for its entire run. At its height, it was America's most widely listened to weekly classical music program produced by public radio, and aired on approximately 200 stations nationwide. Programs since 1997 are also available as archived audio on the Internet. The hour-long show featured live, in-studio performances by and interviews with the world's top classical musicians, both soloists and ensembles.

Gao Hong is a composer and performer of the Chinese pipa.

Roger Kleier is an American composer, guitarist, improviser and producer.

Neva Pilgrim is an American soprano known for her work in the performance of contemporary classical music.

The American Composers Forum facilitates an ecosystem of creativity through music. Their goal is to make music creators, and their music, a vibrant and integral part of human culture.

Ken Field is a saxophonist, flautist, percussionist, and composer. Since 1988 he has been a member of the electrified modern music ensemble Birdsongs of the Mesozoic, with whom he has recorded eight CDs.

Marc Anderson is an American percussionist who has toured and recorded with Steve Tibbetts since 1977. He has also toured and/or recorded with artists such as Lorie Line, Bradley Joseph, Butch Morris, Tony Marino, Don Cherry, Peter Ostroushko, Claudia Schmidt, Dave Moore, Greg Brown, Max Roach, Taj Mahal, Minnesota Orchestra, Robert Fripp, David Sylvian, Choying Drolma, and Altan. From 2009 to 2016, he was the percussionist for Minneapolis Celtic-rock band Boiled in Lead.

Erdem Helvacioglu is an electronic musician from Turkey. He has collaborated with artists Mick Karn, Kevin Moore, John Wilson, Kazuya Ishigami, and Saadet Turkoz. In addition to his work as an electronic musician, Erdem also composes music for theatre, film and multimedia productions, and produces for popular and rock music bands in Turkey. He has received numerous international awards including prizes from the Luigi Russolo and Insulae Electronicae Electroacoustic Music Competitions.

Mary Ellen Childs is an American composer and multimedia artist and founder of the ensemble Crash. She grew up as a dancer and writes music often influenced by dance rhythms. She currently administers the McKnight Artist Fellowships for Dance.

Cristian Amigo is an American composer, improviser, guitarist, sound designer, and ethnomusicologist. His compositional and performing output includes blues and soul, music for the theater, chamber and orchestral music, opera, avant-jazz and rock music, and art/pop song. He has also recorded solo albums on the innova, Deep Ecology and BA labels. Amigo earned a Ph.D. in Ethnomusicology from UCLA where he focused on the music of Chile, Peru, and Argentina. He is currently composer-in-residence at INTAR Theater in New York City and Adjunct Professor of Theater sound Design at BMCC (CUNY). 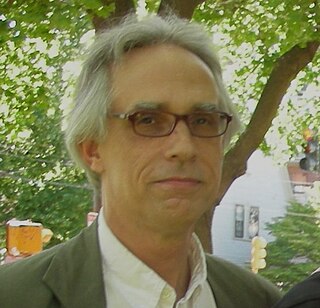 John Howell Morrison is a contemporary classical composer and educator. His works have been commissioned and performed by the Intergalactic Contemporary Ensemble, Minnesota Contemporary Ensemble, and Galhano/Montgomery Duo, among others. His recording, Hard Weather Makes Good Wood, was released on the Innova Music label in 2003. Morrison held the Chair in Composition and Theory at the Longy School of Music from 2003 to 2010.

Elizabeth Alexander is an American composer. Her works include orchestral, chamber, piano and vocal works. She is best known for her over 80 choral pieces, which have been performed internationally by thousands of choirs. Alexander is also known for her liturgical works, and themes centering on social justice.