Last updated August 10, 2020
Not to be confused with Jake Woods or Jake Wood (baseball).
English actor

Jake Dylan Wood (born 12 July 1972) [2] is an English actor, known for portraying the role of Max Branning in the BBC soap opera, EastEnders . He has also made guest appearances in series including Only Fools and Horses and Red Dwarf . In 2014, Wood competed on BBC's Strictly Come Dancing alongside professional dancer Janette Manrara. In the United States, he is known as the voice of the GEICO gecko. In 2018, he began co-hosting Pound for Pound, a boxing podcast with Spencer Oliver.

Wood was born in Westminster, London to an English father and a French mother. [2] He attended City of London Academy Highbury Grove and trained as an actor at the Anna Scher Drama School in Islington, North London. [1]

His first acting role was in the 1984 television series The Gentle Touch. [3] He has since appeared in several television series including May to December , Minder , Only Fools and Horses , Nightingales , Murder in Mind , Press Gang , London's Burning , Sean's Show , Inspector Morse Driven to Distraction 1989 , One Foot in the Grave , Red Dwarf , A Touch of Frost , The Bill , Le Café des Rêves , Sea of Souls Doc Martin , The Thin Blue Line and has appeared in the films Vera Drake (2004), The Aryan Couple (2004), The Illusionist (2006) opposite Edward Norton, and Dad Savage (1998) with Patrick Stewart. Wood starred in the 1989 Yellow Pages TV Advert, entitled "Party Party" and, until 2015, was the voice of the GEICO gecko advertisements on American television. [4] Wood also featured alongside Cobent CTO and ex-Metal Hammer journalist Tony Dillon as part of a team presenting Click, a computer games magazine on VHS video in the early 1990s. In 1989, Wood appeared in Only Fools and Horses as an assistant for Rodney Trotter (Nicholas Lyndhurst), in the episode The Jolly Boys' Outing . In the 8th series of Red Dwarf he played Kill Crazy, a prison inmate. Wood also played the eldest son, Dougie, in sitcom family The Wilsons. [5]

In March 1990, Wood portrayed the role of Jackson in the BBC soap opera EastEnders , a minor character who met Diane Butcher (Sophie Lawrence) while she was sleeping rough on the streets of London. [6] Wood was later cast to play the regular character Max Branning from June 2006 to date. [7] In 2014, Wood took part in the 12th series of Strictly Come Dancing . [8] He was partnered with Janette Manrara, reaching the semi-final. In May 2015, Wood announced that he would be taking a year-long break from EastEnders. Wood said "I have been at EastEnders for nine years and I feel the time is right to give Max a break. It won't be for too long as I shall be back next year to see Max face another chapter of drama." [9]

In January 2019, it was announced that he would be running the London Marathon with some of his EastEnders co-stars for a Dementia campaign in honour of Barbara Windsor. [13] 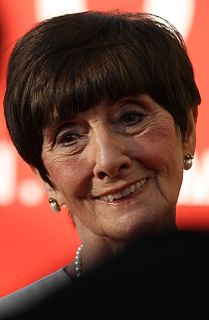 June Muriel Brown, is a retired English actress, best known for her role as Dot Cotton on the BBC soap opera EastEnders. In 2005, she won Best Actress at the Inside Soap Awards and received the Lifetime Achievement award at the British Soap Awards. In 2009, she was nominated for the BAFTA TV Award for Best Actress. She is the second performer to receive a BAFTA nomination for their work in a soap opera, after Jean Alexander. It was announced in February 2020 that Brown had decided to leave EastEnders permanently, at the age of 93.

Mario Angelo Constantinou, professionally known as Matt Di Angelo, is a British actor and singer, best known for his role as Dean Wicks in the BBC soap opera EastEnders. He also starred as Sean Kennedy in the BBC drama series Hustle. 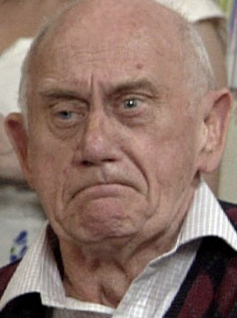 Jim Branning is a fictional character from the BBC soap opera EastEnders, played by John Bardon, first appearing on 29 April 1996 and becoming a regular character in 1999. He remained in the series until 2011. 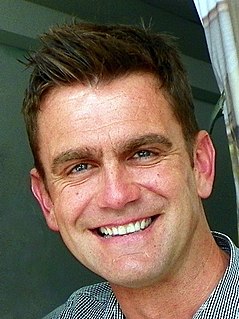 Scott Alexander Maslen is an English actor and model, best known for his portrayal as DS Phil Hunter in ITV's The Bill and Jack Branning on the BBC's flagship soap EastEnders. He also took part in the 2010 series of Strictly Come Dancing and the 2015 series of Celebrity MasterChef. He portrayed Claude Speed in the live-action trailer for Grand Theft Auto 2 in 1999.

Kara Louise Tointon is an English actress known for playing Dawn Swann in BBC soap opera EastEnders and as the 2010 winner of BBC television series Strictly Come Dancing as well as Maria in the ITV live production of The Sound of Music Live in December 2015 alongside Julian Ovenden as Captain von Trapp.

Charlie Clements is an English actor known for the role of Bradley Branning in the BBC soap opera EastEnders from January 2006 to February 2010. He has won several soap and magazine awards for his performance. 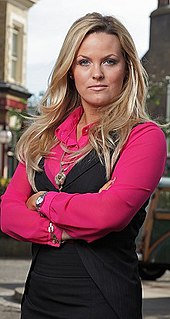 Tanya Cross is a fictional character from the BBC soap opera, EastEnders, played by Jo Joyner. She made her first appearance on 27 June 2006. Tanya's storylines have included opening her own salon, giving birth to her third child, discovering that her husband Max Branning had an affair with Stacey Slater before divorcing and then burying him alive with the help from her new partner Sean Slater, marrying Greg Jessop, starting an affair with Max on her wedding day to Greg, dealing with her eldest daughter, Lauren Branning's alcoholism, battling cervical cancer, discovering that Max has a secret wife, Kirsty Branning on their second wedding day, witnessing her daughters Lauren and Abi Branning fall from the roof of The Queen Victoria public house which leads to her mental breakdown.

Janette Manrara Škorjanec is an American professional dancer and choreographer from Miami, Florida. Originally a Salsa dancer, learning from her Cuban family, she formally studied dance from the age of 19. Manrara is best known for her appearances on the US series So You Think You Can Dance and British dance reality television competition, Strictly Come Dancing. She is also married to Slovenian dancer and co-star Aljaž Škorjanec. 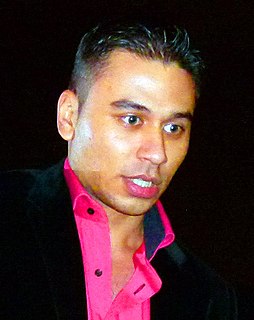 Richard Colin Norwood is a British actor who played Fatboy in the soap opera EastEnders and its online spin-off EastEnders: E20. Ricky appeared on Celebrity Big Brother 18 in 2016, finishing as runner-up behind Ex on the Beach star Stephen Bear. 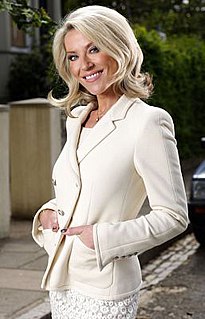 Vanessa Gold is a fictional character from the BBC soap opera EastEnders. She is portrayed by Zöe Lucker, and first appeared in EastEnders in the episode broadcast on 4 June 2010. A "dynamic and assured" businesswoman, Vanessa was created by series consultant Simon Ashdown to be "a Zöe Lucker-type". Lucker accepted the role on a seven-episode contract, which was extended after she impressed the series producers with her performance. In April 2011, it was announced that Lucker was to leave the show. She departed on 6 October 2011, after the conclusion of her storylines.

Cora Cross is a fictional character from the BBC soap opera EastEnders, played by Ann Mitchell. Cora is the mother of Tanya Branning and Rainie Cross and the grandmother of Lauren and Abi Branning. Cora initially appeared from 11 to 15 April 2011, and returned as a regular character on 28 July. Cora is described as having "a brash, outspoken attitude and does not care who she offends", deemed "an archetypal East End matriarch" and Inside Soap says that Cora is a "brash, loud lady who likes to tell everyone what she thinks and has absolutely no shame." 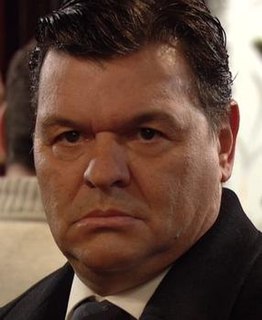 Derek Branning is a fictional character from the BBC soap opera EastEnders, played by Terence Beesley in 1996 and then Jamie Foreman from 2011 to 2012. Derek is the eldest child of Jim Branning and Reenie Branning. He first appears in episode 1282, which was first broadcast in the United Kingdom on 29 April 1996, for his sister April Branning's wedding and departed on 2 May. The character returned as a regular in the episode broadcast on 24 November 2011, played by Foreman. In October 2012, it was announced that Foreman would be leaving EastEnders in December 2012 as part of a Christmas storyline. On 20 December 2012, it is revealed that Derek was the person who Kat Moon had an affair with. He dies of a heart attack in the episode broadcast on 25 December 2012. 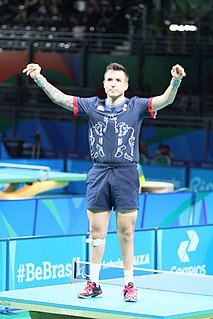 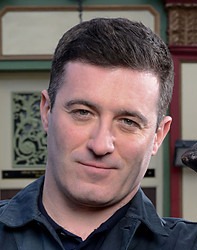 Carl White is a fictional character from the BBC soap opera EastEnders, played by Daniel Coonan. He first appears in the 4660th episode, originally broadcast in the United Kingdom on 20 June 2013. Carl is the ex-boyfriend of Kirsty Branning, and his storylines include tracking down cash owed to him by Derek Branning – which Ian Beale has used to open a restaurant; trying to win Kirsty back; a relationship with Roxy Mitchell ; his feuds with Roxy's cousin Phil and Derek's brother Max ; blackmailing Ian for money; and developing a conflict with Roxy's sister Ronnie that ultimately results in his downfall. He became the show's main antagonist up until his death on 1 January 2014. The character was axed in September 2013 and departed in the episode first broadcast in the UK on 1 January 2014, a joint broadcast of episodes 4775 and 4776, after being killed by Ronnie. In 2013, he was announced as the main antagonist.

Aljaž Škorjanec is a Slovenian dancer and choreographer who has appeared on the BBC series Strictly Come Dancing as a professional dancer. 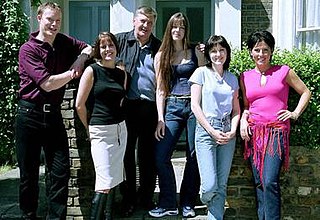 Strictly Come Dancing Live! is a nationwide arena tour in the United Kingdom which was first staged in 2008 and has continued every year since. It is directed and co-choreographed by professional dancer, Craig Revel Horwood.