Jeans for Genes Day is a national fundraiser held in Australia and the United Kingdom.The two fundraisers are not associated with one another and raise money for different organisations.

In Australia, Jeans for Genes was founded by the Children’s Medical Research Institute (CMRI) in 1994. [1] [2]

In the United Kingdom, The CGD Research Trust and Support Group was founded as a charity in 1991 by New Zealander, Ocean Numan, (Paul), with the aim of finding a cure for Chronic Granulomatous Disease (CGD) for his son and other CGD boys through gene therapy. This relatively new form of treatment still remains the greatest creator of hope that inherited diseases will be finally conquered. One of the Trust's dedicated supporters, Rosemarie Rymer, came up with the original idea of wearing jeans, for the benefit of your genes, one day in the year, and paying a gold coin donation to the national appeal. The first UK Jeans for Genes campaign was run in 1992 when the CGD Trust mailed 20,000 UK schools. The appeal raised close to 50,000 pounds. In the second year of running the appeal (1994) the campaign raised a further 55,000 pounds. As a small charity the Trust considered whether working cooperatively with Great Ormond Street Children's Hospital and two other bigger immunodeficiency charities would help achieve greater revenue. In 1997 the partnership appeal raised 800,000 pounds, and the following year 2.7 million pounds. The UK annual appeal continues today and is run by Genetic Disorders UK. It is unrelated to the Australian appeal, though in the spirit of co-operation both charities have in the past shared their experience of running a successful national appeal. Today the CGD Research Trust is known as The CGD Society.

Genetic disorders affect 1 in 25 people born in the UK and include conditions such as cystic fibrosis, sickle cell anaemia and muscular dystrophy. Their associated health problems mean that genetic disorders are the biggest cause of death of children aged 14 years.

Jeans for Genes Day takes place each September when people across the UK make a small donation to wear their jeans to work and to school. Supporters are able to register for a free fund-raising pack through Genetic Disorders UK. [3] [ unreliable source? ]

The money raised is distributed through the Jeans for Genes Grant Programme. Funding from Jeans for Genes was key in the development of gene therapy at the UCL and the Institute of Child Health at Great Ormond Street Hospital in London. The Appeal has now raised in excess of 40 million pounds.

The charity also aims to raise awareness and understanding of genetics and what it means to live with a genetic disorder. It provides educational materials for schools through a dedicated website called Genes Are Us 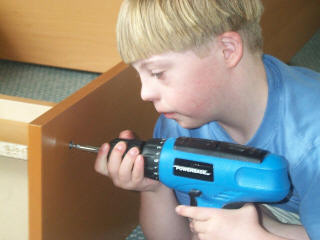 A telethon is a televised fundraising event that lasts many hours or even days, the purpose of which is to raise money for a charitable, political or other purportedly worthy cause.

Cancer Research UK (CRUK) is the world's largest independent cancer research organization. It is registered as a charity in the United Kingdom and Isle of Man, and was formed on 4 February 2002 by the merger of The Cancer Research Campaign and the Imperial Cancer Research Fund. Cancer Research UK conducts research using both its own staff and grant-funded researchers. It also provides information about cancer and runs campaigns aimed at raising awareness and influencing public policy.

Rags are student-run charitable fundraising organisations that are widespread in the United Kingdom and Ireland. Some are run as student societies whilst others sit with campaigns within their student unions. Most universities in the UK and Ireland, as well as some in the Netherlands and the Commonwealth countries of South Africa and Singapore have a Rag. In some universities Rags are known as Charities Campaigns, Charity Appeals, Charity Committees, Jool or Karnivals, but they all share many attributes. 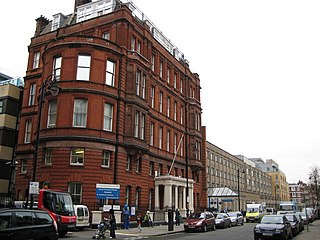 The Cystic Fibrosis Trust, is a UK-based national charity founded in 1964, dealing with all aspects of cystic fibrosis (CF). It funds research to treat and cure CF and aims to ensure appropriate clinical care and support for people with cystic fibrosis.

John David Caudwell is a British billionaire businessman who founded the now defunct mobile phone retailer Phones 4u. He also invests in fashion, real estate and other industries, and chairs Caudwell Children, a children's charity, and Caudwell LymeCo, promoting chronic Lyme disease beliefs in the UK.

Teenage Cancer Trust is a cancer care and support charity in the UK that exists to improve the cancer experience of young people aged 13–24. Founded in 1990, the charity's key service is providing specialist teenage units in NHS hospitals. It also trains and funds staff who are teenage cancer specialists. The units are dedicated areas for teenage and young adult patients, who are involved in their concept and creation. Medical facilities on the units are equipped with computers, TVs and game consoles.

Charity gambling is a "form of incentivized giving" where a charity, rather than a municipality or private casino, oversees gambling activities such as bingo, roulette, lottery, and slot machines and uses the proceeds to further its charitable aims.

Children's Medical Research Institute (CMRI) is an Australian medical research institute located in Westmead that conducts research into children's genetic diseases. As of 2019, current research is focused on cancer, birth defects, neurological conditions such as epilepsy, and gene therapy.

City of Hope is a private, not-for-profit clinical research center, hospital and graduate school located in Duarte, California, United States. The center's main campus resides on 110 acres (45 ha) of land adjacent to the boundaries of Duarte and Irwindale, with a network of clinical practice locations throughout Southern California, satellite offices in Monrovia and Irwindale, and regional fundraising offices throughout the United States.

The Nuffield Council on Bioethics is a UK-based independent charitable body, which examines and reports on bioethical issues raised by new advances in biological and medical research. Established in 1991, the Council is funded by the Nuffield Foundation, the Medical Research Council and the Wellcome Trust. The Council has been described by the media as a 'leading ethics watchdog', which 'never shrinks from the unthinkable'. 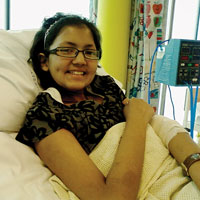 Devaanshi Mehta was a British - Indian student and humanitarian. She started the Asian Donor Campaign (ADC), a UK-based non-profit organisation whose goal is to raise awareness for the need to get more Asians to donate their blood, bone marrow and organs. ADC also raises funds for hospitals doing research into critical and life limiting illnesses. 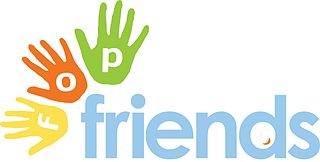 FOP Friends, formerly Friends of Oliver, is a registered charity in the United Kingdom established on 1 March 2012. It aims to raise funds that are needed to find effective treatments for the rare genetic condition Fibrodysplasia Ossificans Progressiva (FOP). The charity also works to raise awareness and understanding of FOP amongst medical communities and the general public.

Robert Williamson is a retired British-Australian molecular biologist who specialised in the mapping, gene identification, and diagnosis of human genetic disorders. 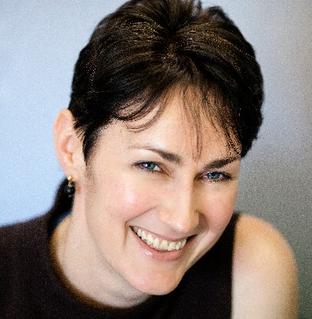 Maria Bitner-Glindzicz was a British medical doctor, honorary consultant in clinical genetics at Great Ormond Street Hospital, and a professor of human and molecular genetics at the UCL Institute of Child Health. The hospital described her work as relating to the "genetic causes of deafness in children and therapies that she hoped would one day restore vision." She researched Norrie disease and Usher syndrome, working with charities including Sparks and the Norrie Disease Foundation, and was one of the first colleagues involved in the 100,000 Genomes Project at Genomics England.

Sara Elizabeth Mole Crowley is a Professor of Molecular Cell Biology and Provost's Envoy for Gender Equality at University College London and the Great Ormond Street Hospital. She works on diseases caused by genetic changes, in particular neurodegenerative diseases that impact children.