Juan Croucier (born August 22, 1959, in Santiago de las Vegas, Cuba) is a Cuban-born American hard rock bassist and songwriter. He is best known as the bassist for the heavy metal band Ratt.

Croucier attended Torrance High School in Torrance, California. He played in various bands while in High School. Eventually he began playing original songs in his bands, and joined a band called Spike by age 16 that was strictly playing originals. In 1977 he started a new band called FireFoxx along with Ron Abrams on guitar and Bobby Blotzer on drums. [1] Croucier served as bassist for Ratt during the 1980s, and was also very briefly in Quiet Riot and DuBrow. Croucier played with Quiet Riot shortly before Randy Rhoads left to play with Ozzy Osbourne and played with DuBrow in 1981 but did not record with either. Before he left DuBrow he introduced band leader Kevin DuBrow to Frankie Banali. They went on to form a new version of Quiet Riot, resulting in the debut record Metal Health.

Croucier played with Dokken for about four years and toured Germany with the band several times. He was a member of both Ratt and Dokken simultaneously for approximately 18 months before leaving Dokken. He played and sang backup on Dokken's Breaking the Chains album, and co-wrote two songs. His replacement, Jeff Pilson, appears in the videos from the album.

With Ratt, Croucier wrote many of the band's biggest hits such as "Lack of Communication" and "You're in Love". His backing vocals also became a trademark part of Ratt's sound.

Croucier went on to own and operate a recording studio in Los Angeles called "The Cellar" where he recorded, produced and engineered hundreds of records for various bands and solo artists. He also formed a new band, Liquid Sunday, a project based on his solo album of the same name.

Liquid Sunday played on the same bill for one show with Pearcy during the summer of 2006 and later formed a new band called Dirty Rats, consisting of Croucier on bass and lead vocals, Carlos Cavazo on guitar, and John Medina on drums. [2] Carlos Cavazo left Dirty Rats to join Ratt, but later returned to Dirty Rats. [ citation needed ]

Reportedly, the current line-up going by the name Dirty Rats features completely different musicians, except for Juan Croucier, and including Jon E. Love, the guitarist from the band Love/Hate, and Pete Holmes, the drummer from band Black and Blue.

On May 12, 2012, Croucier reunited with RATT and performed with the band at the M3 Rock Festival for the first time since 1991.

Croucier himself often chats with his fans on the forum from his official website, answering questions on topics such as Ratt, Liquid Sunday, and other side projects he works on. 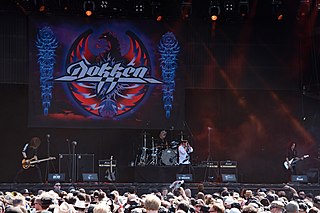 Dokken is an American glam metal band formed in 1979. It split up in 1989 and reformed four years later. The band had many charting singles like and have sold more than 10 million albums worldwide. The live album Beast from the East was nominated for the inaugural Grammy Award for Best Metal Performance in 1989.

Stephen Eric Pearcy is an American musician. He is best known as the founder, singer, songwriter and sole remaining original member of the heavy metal band Ratt. He has also created the bands Firedome, Crystal Pystal, Mickey Ratt and Ratt Arcade, Vicious Delite, Vertex. He has also recorded seven albums as a solo artist. 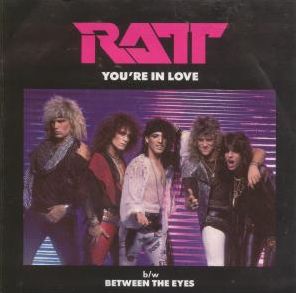