Kathleen Mavourneen is a 1937 British-Irish musical drama film directed by Norman Lee and starring Sally O'Neil, Tom Burke and Jack Daly. [1] [2] The story had been filmed several times previously, including a silent version (1919), starring Theda Bara and a previous 1930 Tiffany talkie also starring Sally O'Neil. This version, also known as "Kathleen", was filmed in Ireland, and features the character of Old Mother Riley who appeared in her own film series. It was shot at Welwyn Studios. [3]

Kathleen O'Moore returns home to rural Ireland, and finds she has rivals for her affections in the shape of poor boy Michael Rooney (Tom Burke) and wealthy squire Dennis O'Dwyer (Jack Daly). The two rivals in love team up to rescue Kathleen from her unpleasant aunt (Ethel Gryffies), who has arranged a loveless but profitable marriage for the girl. [1]

The New York Times said, "An Irish-made picture it is, as flavorsome in its dialogue and occasional glimpses of country life as a horse fair in County Cork; and as silly and sentimental in its story as a poor imitation of Hollywood can be." [4] Allmovie calls the film, "a fanciful bit of blarney predicated on the ballad "Kathleen Mavourneen." [1]

"Kathleen Mavourneen" is a song written in 1837, composed by Frederick Crouch with lyrics by a Mrs. Crawford. Crawford's name is variously cited as Annie, Julia, Louise Macartney, Louise Matilda Jane, or Marion; Crouch is also sometimes incorrectly cited as the author of the song's lyrics. It was popular during the American Civil War. "Mavourneen" is a term of endearment derived from the Irish Gaelic mo mhuirnín, meaning "my beloved".

Old Mother Riley is a fictional character portrayed from about 1934 to 1954 by Arthur Lucan and from 1954 to the 1980s by Roy Rolland as part of a British music hall act. 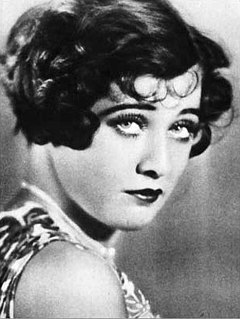 Sally O'Neil was an American film actress of the 1920s. She appeared in more than 40 films, often with her name above the title.

Arthur Lucan was an English actor who performed the drag act Old Mother Riley on stage, radio and screen, with a series of comedy films from the late 1930s to the early 1950s.

Kathleen "Kitty" McShane was an Irish actress, best known as the wife and acting partner of Arthur Lucan, with whom she appeared in a series of Old Mother Riley stage shows and films from the 1930s to the 1950s.

Old Mother Riley is a 1937 British comedy film directed by Oswald Mitchell and starring Arthur Lucan in the lead, with Kitty McShane, Barbara Everest, Patrick Ludlow and Hubert Leslie. Mother Riley and her daughter stop the plans of some disinherited relatives to overturn the terms of a will.

Old Mother Riley's Ghosts is a 1941 British comedy film directed by John Baxter and starring Arthur Lucan, Kitty McShane and John Stuart. It was the 8th in the long-running Old Mother Riley series. Old Mother Riley inherits a castle in Scotland, but it appears to be haunted. 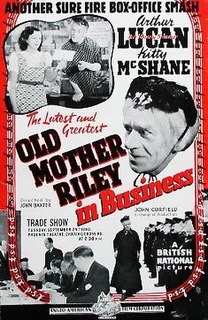 Old Mother Riley in Business is a 1941 British comedy film directed by John Baxter and starring Arthur Lucan, Kitty McShane and Cyril Chamberlain. It was the sixth in the long-running Old Mother Riley series of films. Old Mother Riley's pub faces competition from a large chain store nearby, causing her to declare war on it.

Old Mother Riley's Circus is a 1941 British comedy film directed by Thomas Bentley and starring Arthur Lucan, Kitty McShane and John Longden. Old Mother Riley takes over a struggling circus and makes a huge success of it. The trade ad poster proclaims, "A LAUGH - A YELL - A ROAR - A LUCANQUAKE!" The film was made at the Rock Studios in Elstree by British National Films. It was the final film by Bentley, who had been a leading British director during the silent era and early sound era.

My Irish Molly is a 1938 British musical film directed by Alex Bryce and starring Binkie Stuart, Tom Burke and Maureen O'Hara shot at Welwyn Studios with footage of Ireland. The screenplay concerns a young orphan who runs away from her mean-spirited guardian to live with her aunt. O'Hara appeared in the film under her real name of Maureen FitzSimmons. The film was released in the US in 1940 under the title My Little Molly with scenes of Binkie Stuart removed due to Maureen O'Hara being given top billing due to her American popularity.

Macushla is a 1937 British drama film directed by Alex Bryce and starring Liam Gaffney, Pamela Wood and Jimmy Mageean. The plot concerns a crackdown on an arms smuggling operation across the Northern Irish border. 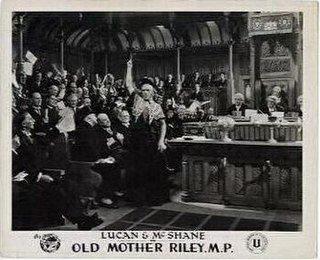 Kathleen Mavourneen is a 1906 silent short film by Edwin S. Porter, produced and distributed by Edison Manufacturing Company. It is based on the song “Kathleen Mavourneen” by Annie Crawford and Frederick Williams Nichols Crouch, which inspired the play by Dion Boucicault. 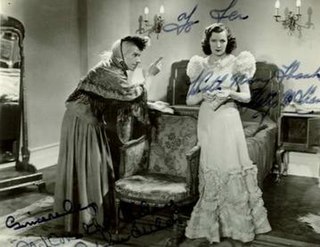 Old Mother Riley in Society is a low budget 1940 black and white British comedy film, directed by John Baxter, and starring Arthur Lucan and Kitty McShane. It is the fifth in the long running Old Mother Riley series, and features the screen debut of Jimmy Clitheroe as the boot boy in a high society household.

Kathleen Mavourneen is a 1930 sound/talking film directed by Albert Ray, stars Sally O'Neil and produced and distributed by Tiffany Pictures, and is the first talking film version of the oft-filmed Dion Boucicault play.