Keeley Emma Donovan (born 14 May 1983) is an English journalist and broadcaster, currently working for the BBC as a weather presenter for television and radio stations in the North of England.

Donovan was born in Grimsby and grew up in nearby Tetney. Her father, Terry Donovan, was from Liverpool and played professional football for Rotherham United [1] and the Republic of Ireland. Her late Irish grandfather, Don Donovan, played for both Grimsby Town and the Republic of Ireland. [2] He managed Boston United from 1965 to 1969. She has a younger sister, Kirsty.

She attended the Humberston School. [3] She did a course in media at Franklin Sixth Form College in Grimsby, then studied for a BA at De Montfort University in Leicester. She returned to Grimsby to do a post-graduate NVQ Diploma in Broadcast Journalism at Grimsby Institute of Further & Higher Education in conjunction with East Coast Media. [4]

Donovan started her broadcasting career at the age of 14, presenting for Channel 7 Television (now Estuary TV), a local cable TV station based in Immingham. [4] She went freelance while continuing her studies and began freelancing for BBC Yorkshire and Lincolnshire in 2005 and joined the locally-based Propeller TV a year later.

After studying broadcast meteorology with the Met Office and the BBC Weather Centre, Donovan started presenting weather forecasts for the BBC's regional TV and local radio services in the Yorkshire and North Midlands, East Yorkshire and Lincolnshire and North East and Cumbria regions. She is also a reporter for the regional current affairs magazine, Inside Out , and an occasional newsreader and reporter for the Leeds edition of BBC Look North .

In March 2016, it was announced that Keeley would co-present the new BBC series Countryfile Diaries, a spin off of the popular Countryfile programme. [6]

In July 2017, Donovan announced her engagement to fellow BBC presenter Johnny I'Anson, [7] he proposed to Donovan during a romantic walk in the Lake District. [8] They were married on 25 June 2018 in a rustic wedding at Castle Farm near Knaresborough. BBC Look North colleague Harry Gration conducted the ceremony. [9]

BBC Radio Sheffield is the BBC Local Radio service for English metropolitan county of South Yorkshire and North Derbyshire. This includes the city of Sheffield, plus Rotherham, Doncaster, Barnsley, Chesterfield and surrounding areas. It was the second BBC local radio station, beginning on 15 November 1967 broadcasting from a large Victorian house in Westbourne Road in the Broomhill area of the city. It now broadcasts from a new studio complex at 54 Shoreham Street in Sheffield city centre, on 88.6, 94.7, 104.1 FM, 1035 AM, DAB and DTR. It is also available through live streaming on the internet. 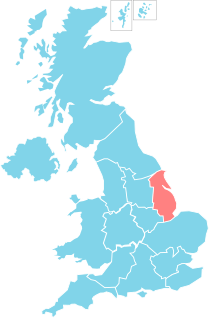 Paul David Hudson is an English weather presenter for BBC Yorkshire and BBC Yorkshire and Lincolnshire. Hudson was born and raised in Keighley, West Yorkshire. He was made an Honorary Fellow of Bradford College in 2014. 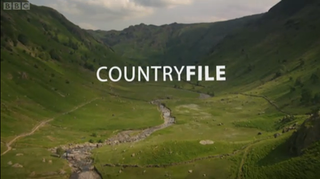 Countryfile is a British television programme which airs weekly on BBC One and reports on rural, agricultural, and environmental issues in the United Kingdom.

Clare Nasir is an English meteorologist and TV presenter.

Christa Marion Ackroyd is a British journalist and broadcaster, best known as a former presenter for the regional TV news programmes Calendar and BBC Look North.

Harry Gration, MBE is an English journalist and broadcaster in Leeds. He is one of the main anchors for the BBC Yorkshire regional magazine programme Look North.

Terry Donovan is an English-born former footballer who represented the Republic of Ireland at international level. 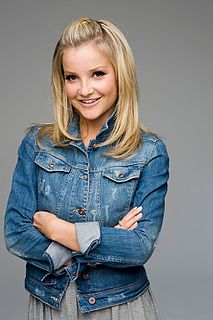 Helen Elizabeth Skelton is an English television presenter and actress. She co-presented the BBC children's programme Blue Peter from 2008 until 2013, and since 2014 has been a presenter on Countryfile.

Dinnington Main Colliery was a coal mine situated in the village of Dinnington, near Rotherham, South Yorkshire, England.

Joanne Kirsty Clifton is an English professional dancer, presenter, actress, and singer. She won the World Ballroom Showdance Championship in 2013, and won the European Professional Ballroom Championship and World Dancesport Games. She was a professional dancer on the BBC TV series Strictly Come Dancing from 2014 to 2016, winning the Christmas Special in 2015 with Harry Judd who was series 9 champion and the fourteenth series in 2016 with Ore Oduba. She also appeared as an expert presenter on Strictly Come Dancing: It Takes Two in 2015 and 2019.

John Raymond Craven, is an English journalist and television presenter, best known for presenting the BBC programmes Newsround, Countryfile and Beat the Brain.