Kenneth B. Auletta (born April 23, 1942) is an American writer, journalist, and media critic for The New Yorker .

Auletta, the son of an Italian-American father and a Jewish-American mother, grew up in Coney Island, Brooklyn, where he attended Abraham Lincoln High School. [1]

Auletta is a graduate of State University of New York at Oswego (SUNY Oswego), and received his M.A. in political science from Maxwell School of Citizenship and Public Affairs at Syracuse University. [2]

While in graduate school, Auletta taught and trained Peace Corps volunteers. He worked in government and on several political campaigns, including Robert Kennedy's 1968 run for President. He was also the first executive director of the New York City Off-Track Betting Corporation. In 1974, Auletta became the chief political correspondent for the New York Post . Following that, he was a staff writer and weekly columnist for the Village Voice , and then a contributing editor at New York magazine. He started contributing to The New Yorker in 1977. Between 1977 and 1993, he also wrote a weekly political column for the New York Daily News and was a political commentator on WCBS-TV. In 1986, he earned the Gerald Loeb Award for Large Newspapers. [3] He was the guest editor of the 2002 edition of The Best Business Stories of the Year.

Auletta has written the "Annals of Communications" profiles for The New Yorker since 1992. His 2001 profile of Ted Turner, "The Lost Tycoon" won a National Magazine Award for Profile Writing. [4] He is the author of twelve books, his first being The Streets Were Paved With Gold (1979). His other books include The Underclass (1983), Greed and Glory on Wall Street: The Fall of The House of Lehman (1986), Three Blind Mice: How the TV Networks Lost Their Way (1991), The Highwaymen: Warriors of the Information Superhighway (1997), and World War 3.0: Microsoft and Its Enemies (2001). His book Backstory: Inside the Business of News (2003) is a collection of his columns from The New Yorker. Five of his first 11 books were national bestsellers, including "Googled: The End of the World as We Know It".

Auletta was among the first to popularize the idea of the so-called "information superhighway" with his February 22, 1993, New Yorker profile of Barry Diller, in which he described how Diller used his Apple PowerBook to anticipate the advent of the Internet and our digital future. He has profiled the leading figures and companies of the Information Age, including Bill Gates, Reed Hastings, Sheryl Sandberg, Rupert Murdoch, John Malone, and the New York Times .

Auletta has been named a Literary Lion by the New York Public Library. He has won numerous journalism awards, and was selected as one of the twentieth century's top one hundred business journalists. He has served as a Pulitzer Prize juror, and for nearly three decades has been a judge of the annual national Livingston Award for young journalists. He has twice served as a board member of International PEN, and was a longtime trustee and member of the Executive Committee of The Public Theater / New York Shakespeare Festival.

Auletta lives in Manhattan with his wife Amanda "Binky" Urban, a literary agent.

He was satirized as "Ken Fellata" in The New Republic by Jacob Weisberg and future New Yorker staff writer Malcolm Gladwell. [5]

Robert Thomson is an Australian journalist. Since January 2013 he has been chief executive of News Corp.

The underclass is the segment of the population that occupies the lowest possible position in a class hierarchy, below the core body of the working class.

Kuhn, Loeb & Co. was an American multinational investment bank founded in 1867 by Abraham Kuhn and his brother-in-law Solomon Loeb. Under the leadership of Jacob H. Schiff, Loeb's son-in-law, it grew to be one of the most influential investment banks in the late 19th and early 20th centuries, financing America's expanding railways and growth companies, including Western Union and Westinghouse, and thereby becoming the principal rival of J.P. Morgan & Co.

Janine Victoria Gibson is a British journalist who has served as assistant editor of the Financial Times since May 2019. Before then, in the summer of 2014, she became deputy editor of Guardian News and Media and editor-in-chief of theguardian.com website in London. She is a former editor-in-chief in New York City of Guardian US, the offshoot of The Guardian. After leaving The Guardian, she was editor-in-chief of the BuzzFeed UK website until she stepped down in January 2019 as the publication announced financial difficulties.

James Bennett Stewart is an American lawyer, journalist, and author.

David H. Faber is a financial journalist and market news analyst for the television cable network CNBC. He is currently one of the co-hosts of CNBC's morning show Squawk on the Street. 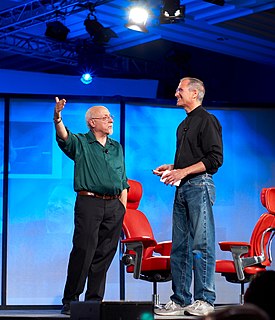 Walter S. Mossberg is an American journalist. He is widely credited with pioneering the modern, consumer-focused, technology review and commentary.

John Brooks was a writer and longtime contributor to The New Yorker magazine, where he worked for many years as a staff writer, specializing in financial topics. Brooks was also the author of several books, both fiction and non-fiction, the best known of which was an examination of the financial shenanigans of the 1960s Wall Street bull market. 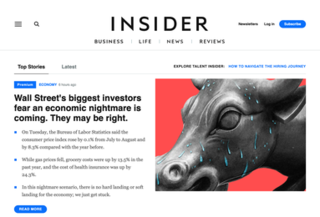 The Mirror Awards are annual journalism awards recognizing the work of writers, reporters, editors and organizations who cover the media industry. The awards were established by the S.I. Newhouse School of Public Communications in 2006.

Googled: The End of the World as We Know It is a book published in 2009 by American writer, journalist and media critic Ken Auletta. It examines the evolution of Google as a company, its philosophy, business ethics, future plans and impact on society, the world of business and the Internet. 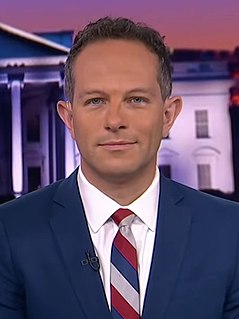 Kenneth Paul Vogel is an American journalist and author who currently reports for The New York Times. From 2007 to 2017, he was the founding chief investigative reporter at Politico. In June 2017, he joined the Washington Bureau of The New York Times as a reporter covering conflicts of interest, lobbying, and money in politics.

Jean Riboud was a French socialist, corporate executive and the chairman of Schlumberger, the largest oilfield services company in the world. He was a member of the French Resistance during World War II and suffered incarceration in Buchenwald concentration camp of the Nazis. His contributions were reported in making Schlumberger into the market leader in oilfield services sector. The Government of India awarded him the third highest civilian honour of the Padma Bhushan, in 1986, for his contributions to society.

Herb Granath was an American sportscaster. In 2001 he was awarded the Sports Emmy for Sports Lifetime Achievement Award. Granath spent the bulk of his career with ABC, spearheading their movements into cable and international television. He also served as Chairman of the Board for ESPN, A&E, The History Channel, Lifetime Television and Disney/ABC International. He also served president of Capital Cities/ABC's Video Enterprises. Following his time with ABC, he served as co-chairman of Crown Media Holdings, vice chairman of Central European Media, and senior content adviser to Telenet. Granath was a graduate of Fordham University and spent time in the military at the beginning of his career. Granath's wife of over sixty years was Ann Flood.