Kirsten Thorup, a Danish author, was born in Gelsted, Funen, Denmark in 1942 and now lives in Copenhagen. She is the author of three poetry collections, a volume of short stories, and three novels including Baby which has been translated into English. She has also written for films, television, and radio. Her novel, Den lange sommer, was published in Denmark in 1979. [1]

Tove Irma Margit Ditlevsen was a Danish poet and author. With published works in a variety of genres, she was one of Denmark's best-known authors by the time of her death. 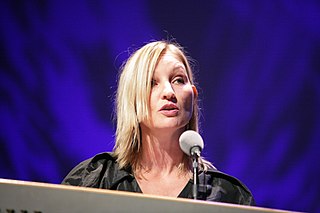 Angela Sommer-Bodenburg is the author of a number of fantasy books for children. Her most famous contribution to the field of children's fantasy is The Little Vampire series, which has sold over 10 million copies and has been translated into over 30 languages. Sommer-Bodenburg states that her "vampire is not a bloodthirsty monster, however, but an affectionate little vampire with fears and foibles who will perhaps help free children of their own fears." The novel, written in 1979, spawned a series of books, and the plot has been adapted to theatre, radio, cinema, and television. A Canadian-German TV series was released in 1986 and a film version, directed by Uli Edel was released in 2000. Later a CG-animated film The Little Vampire 3D, directed by Richard Claus and Karsten Kiilerich, was released in 2017.

Ib Michael is a Danish novelist and poet. His writing style has been described as magic realism.

Richard Lange is an American writer. After receiving a degree in film from the University of Southern California, he traveled to Europe and taught English for Berlitz in Barcelona, Spain. Returning to Los Angeles, he was hired as a copy editor at Larry Flynt Publications and eventually became managing editor of RIP, a heavy-metal music magazine. He later edited textbooks before becoming managing editor of Radio & Records, a radio-industry trade magazine.

Marie Luise Kaschnitz was a German short story writer, novelist, essayist and poet. She is considered to be one of the leading post-war German poets. 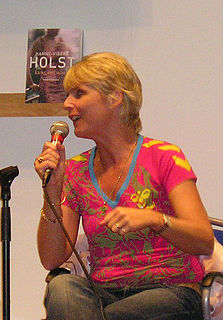 Hanne-Vibeke Holst is an author. She has an education as a journalist and has worked on the Danish newspapers Berlingske Tidende and Søndags B.T. 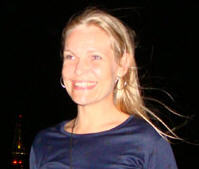 Niels Hausgaard is a Danish singer, songwriter and comedian. He is best known for his songs and understated comedy which often combine dry observations on the human condition with the trials and tribulations of life in a welfare state. Originally, Hausgaard spoke with a distinct dialect in his shows, vendelbomål, which has become something of a trademark during his sets, but in recent years it has been somewhat toned down. 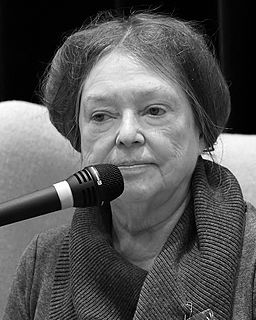 Dorrit Willumsen is a Danish writer. She made her literary debut in 1965 with the short story collection Knagen.

Baby is a 1973 novel by Danish author Kirsten Thorup. It deals with the disadvantaged members of society, those who have failed to make a mark. 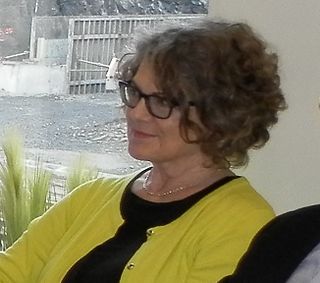 Gelsted is a small town and parish in northwestern Funen, Denmark. Gelsted is located roughly halfway between Ejby and Aarup, 28 kilometers west of Odense. The parish is located in Middelfart Municipality, and a small portion is located in Assens Municipality, within the Region of Southern Denmark. 1st January 2019 the town had a population of 1,708 with 2,312 in the parish in total itself. It contains the Gelsted Church.

Ulla Dahlerup is a Danish journalist, writer and women's rights activist. She was one of the most prominent members of the Danish Red Stocking Movement in the early 1970s, an episode she used as a basis for her 1979 novel Søstrene. More recently, she has campaigned for the Danish People's Party.