The Kronberg Academy is an academy of chamber music based in Kronberg, Hesse, Germany. It was founded in 1993 [1] by Raimund Trenkler, who has served since then as its chairman and artistic director. [2] The academy's initial focus was on the cello and supporting young cellists, but it now trains and sponsors gifted young players of the violin, viola, and cello, and organizes a diverse range of musical projects and concerts, including an international festival of strings. [1] It was granted charitable status (German: gemeinnützige Stiftung) in 2004. [3]

The Kronberg Academy Foundation offers study programmes that are unique within Europe. [4] These include a Bachelor and Master programme for outstanding young musicians who have the potential to build international careers as soloists. [5] The course is designed for a maximum of 25 individuals, lasts a total of three years and is offered in collaboration with the Frankfurt University of Music and Performing Arts. [6] The Kronberg Academy Professional Studies programme builds on this, and is a two-year course focussing on musical concert practice. The Kronberg Academy Precollege programme is intended for instrumentalists who, at 16 or 17 years of age, are too young to apply for the Kronberg Academy Bachelor programme. Since autumn 2018, the Sir András Schiff Performance Programme for Young Pianists has offered a new chamber music programme to top class young pianists who wish to focus on chamber music. [7]

From 2005 to 2012, the Director of Study Programmes was Stephen Potts. Friedemann Eichhorn has been Director of Kronberg Academy's study programmes since 2012 and is Co-Artistic Director with Raimund Trenkler.

Kronberg Academy receives active support from many well-known artists. The members of the Artistic Council are Marta Casals Istomin, Yuri Bashmet, Christoph Eschenbach, Gidon Kremer and Sir András Schiff. [11] Cellist Mstislav Rostropovich was also a member of the Artistic Council until his death in 2007. He declared Kronberg to be the "World capital of the cello" as early as 1997, and founded the Rostropovich Cello Foundation in Kronberg to support young cellists. [12]

A new concert hall for the institution, the Casals Forum, was opened in September 2022, with a main hall, a smaller hall and study facilities.

Numerous renowned international events organised by Kronberg Academy, all designed to inspire, train and shape young musicians, supplement and support the funding activities and regularly make Kronberg a meeting place for artists from across the globe: [13]

World-renowned artists have established foundations based in Kronberg: [12]

Kronberg Academy also offers violin, viola and cello tuition for children and teenagers through the Emanuel Feuermann Conservatory. The conservatory is one of three representatives of the Associated Board of the Royal Schools of Music (ABRSM) in the state of Hesse. [22]

Many of Kronberg's residents – who make up most of the 1320 or so members (As of October 2018 [update] ) of the Friends of Kronberg Academy – act as hosts for the numerous young string players from around the world who come to Kronberg for its workshops, concerts and festivals. 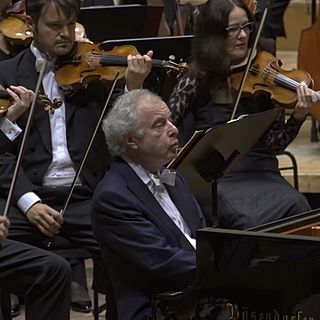 Sir András Schiff is a Hungarian-born British classical pianist and conductor, who has received numerous major awards and honours, including the Grammy Award, Gramophone Award, Mozart Medal, and Royal Academy of Music Bach Prize, and was appointed Knight Bachelor in the 2014 Queen's Birthday Honours for services to music. He is also known for his public criticism of political movements in Hungary and Austria.

Paul Meyer is a French clarinetist. 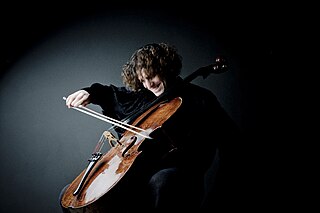 Gavriel Lipkind is an Israeli classical cellist based in The Netherlands. Lipkind made his radio debut performance aged eight, left Israel at an age of about 18, and received degrees from three music colleges. He won awards in music competitions and performed with orchestras until 2002, when he took time off from touring for three years to study music and revise his repertoire. Lipkind released two albums in 2006 and tours solo and with the Lipkind-Quartet.

Alicja Smietana is a Polish and British violinist, viola player, arranger and composer currently based in London.

The Lockenhaus Chamber Music Festival is an annual chamber music festival located in the Austrian state of Burgenland. It is held at three venues in Lockenhaus: Burg Lockenhaus castle, Church of St. Nikolaus, and the old monastery of Lockenhaus. The New York Times has referred to as perhaps one of the "two most refined music festivals of all", and a European cultural treasure. While both older and younger talents perform, notable performers include Vladimir Ashkenazy, Nikolaus Harnoncourt, Heinz Holliger, Cho-Liang Lin, and András Schiff. According to its founder, violinist Gidon Kremer, the Lockenhaus Chamber Music Festival philosophically resembles the Marlboro Music Festival in Vermont, US.

Xenia Jankovic is a Serbian-Russian cellist.

Pablo Ferrández is a Spanish cellist. He has performed as a soloist with orchestras such as the Spanish National Orchestra, the RTVE Symphony Orchestra, the Kremerata Baltica or the Helsinki Philharmonic Orchestra. Pablo has been awarded prizes in numerous competitions: Second Prize at the International Paulo Cello Competition, Edmond de Rothschild Group Award at Sommets Musicaux de Gstaad Festival, Prix Nicolas Firmenich at the Verbier Festival, Leyda Ungerer Music Prize at the Kronberg Cello Festival and First Prize at the Liezen International Competition. 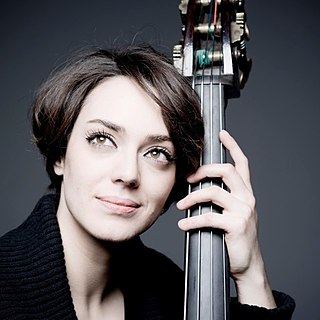 Anna Ji-eun Lee, known professionally as Anna Lee, is an American concert violinist of Korean descent. She made her professional orchestral debut at the age of 6 with the Singapore Symphony Orchestra.

This too shall pass is a composition for solo violin, cello and vibraphone, and string orchestra by Raminta Šerkšnytė, first performed on 30 September 2021 in Kronberg, Hesse, Germany. It interprets the phrase "This too shall pass" about the transience of time.

Diana Tishchenko is a classical violinist of Ukrainian descent and the winner of the International Long Thibaud Crespin Competition in Paris 2018. Named “Rising Star” by the European Concert Hall Organisation (ECHO) in 2020, she has performed at the leading concert halls of Europe. 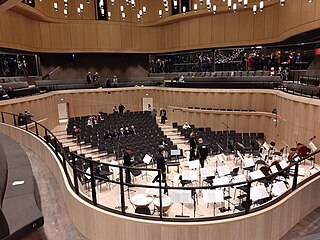 Casals Forum is the concert hall for chamber music of the Kronberg Academy in Kronberg im Taunus, Hesse, Germany. Designed by Volker Staab from Berlin, it was built from 2017 and opened in 2022. It is named in honour of the cellist Pablo Casals. Part of the complex are rooms for teaching and practising for the students of the academy. The Peutz consultancy was responsible for the acoustics, which have been compared to leading halls of the world.

Ella van Poucke is a Dutch classical cellist. She has performed internationally as a soloist and chamber musician. From 2010, she has directed a chamber music festival in Amsterdam. Poucke has lectured at the Conservatorium van Amsterdam from September 2022.