Kyle Eugene Gann (born November 21, 1955 in Dallas, Texas) is an American professor of music, critic, analyst, and composer who has worked primarily in the New York City area. As a music critic for The Village Voice (from November 1986 to December 2005) and other publications, he has supported progressive music, including such "downtown" movements as postminimalism and totalism.

Gann's work as a composer can be classified generally into three categories:

Most of his music has expressed the concept of repeating loops, ostinati, or isorhythms of different lengths going out of phase with each other; the idea leads to simultaneous layers of different, mutually prime tempo relationships in his Disklavier and electronic works, and is used in a less obvious structural way in his live-ensemble music.[ citation needed ] This concept can be traced back to suggestions in the rhythmic chapter of Henry Cowell's book New Musical Resources. Gann has also said that he found inspiration in his studies of astrology, into which he was drawn by the writings of composer/astrologer Dane Rudhyar.[ citation needed ]

Another thread in his work has been the influence, both rhythmic and melodic, of Native American music, particularly that of the Hopi, Zuni, and other Southwest Pueblo tribes. Gann first learned about this music from reading a musical analysis of a Zuni buffalo dance published in the book Sonic Design by Robert Cogan and Pozzi Escot. According to Gann, "It was going back and forth between different tempos: triplet, quarter, dotted quarter, and quarters. So I started collecting American Indian music. [It] solved a rhythmic problem for me, because I was really interested in music with different tempos." [3]

Starting in 1984 with his political piece The Black Hills Belong to the Sioux, Gann adopted a method of switching between different tempos (usually between quarter-notes, dotted eighths, triplet quarters, and other values) as a more performable alternative to the simultaneous layers at contrasting tempos that he had sought earlier under the influence of Charles Ives.[ citation needed ] Other composers had arrived at a similar technique via other routes, coalescing into a New York style of the 1980s and '90s called Totalism.

A common Gann strategy is to set a rhythmic process in motion and use harmony (mostly triadic or seventh-chord-based, whether microtonal or conventional) to inflect the form and focus the listener's attention. Gann's microtonal music proceeds according to Harry Partch's technique of tonality flux, linking chords through tiny (less than a half-step) increments of voice-leading. In 2000, Gann studied jazz harmony with John Esposito, and began using bebop harmony as a basis for his non-microtonal music, even in contexts not reminiscent of jazz.[ citation needed ]

Kyle Gann was born in 1955 and raised in a musical family. He began composing at the age of 13. After graduating in 1973 from Dallas' Skyline High School, he attended Oberlin Conservatory of Music where he obtained a B.Mus. in 1977 and Northwestern University, where he received his M.Mus. and D.Mus. in 1981 and 1983, respectively. As well as studying composition with Randolph Coleman at Oberlin, [4] he also studied Renaissance counterpoint with Greg Proctor at the University of Texas at Austin. [2] He studied composition primarily with Ben Johnston (1984–86) and Peter Gena (1977–81), and briefly with Morton Feldman (1975). In 1981-82 he worked for the New Music America festival.

Afterward Gann worked as a journalist at the Chicago Reader , Tribune , Sun-Times , and New York Times . He was hired as music critic at The Village Voice in 1986, where he wrote a weekly column until 1997, and then less frequently until December 2005. Gann taught part-time at Bucknell University from 1989 to 1997. Since 1997, he has taught music theory, history, and composition at Bard College in upstate New York.

Gann is married to Nancy Gann, and the father of Bernard Gann, guitarist of the New York "transcendental black metal" band Liturgy.

Elodie Lauten was a French-born American composer described as postminimalist or a microtonalist.

Michael Harrison is an American contemporary classical music composer and pianist living in New York City. He was a Guggenheim Fellow for the academic year 2018–2019. 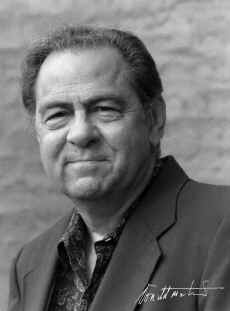 Craig Thomas Walsh is an American composer of acoustic and electronic music.

Claire Polin was an American composer of contemporary classical music, musicologist, and flutist. 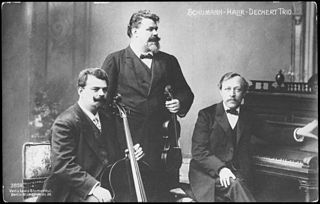 Manfred Stahnke is a German composer and musicologist from Hamburg. He writes chamber music, orchestral music and stage music. His music makes extensive use of microtonality. He plays piano and viola.

Dean Drummond was an American composer, arranger, conductor and musician. His music featured microtonality, electronics, and a variety of percussion. He invented a 31-tone instrument called the zoomoozophone in 1978. From 1990 to his death he was the conservator of the Harry Partch instrumentarium.

Gustavo Díaz-Jerez is a Spanish pianist and composer.

Janet Beat is a Scottish composer, music educator and music writer. She was born in Streetly, Staffordshire, England and studied piano privately and horn at the Birmingham Conservatoire before reading music at Birmingham University, graduating with a Bachelor of Music degree in 1960.Master of Arts [Birmingham University] 1968

Gwyn Pritchard is a British composer, ensemble and festival director, and teacher.