County routes in Putnam County, New York, known within the county as "county roads", are owned and maintained by the Putnam County Department of Highways and Facilities.

Most of the county road numbers, which are all two-digits, are signed with the standard yellow-on-blue pentagon route marker specified by the Manual on Uniform Traffic Control Devices (sign M1–6), which is also used in other counties throughout the state. However, the frequency of signage for county routes is not as high as that of state route signage. For instance, it is not uncommon for a road to have its number signed only on it and not on intersecting roads. This is reflected in local vernacular, as most residents refer to the county roads by name and not by number. 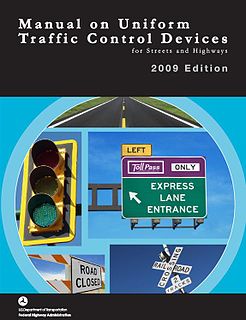 The Manual on Uniform Traffic Control Devices (MUTCD) is a document issued by the Federal Highway Administration (FHWA) of the United States Department of Transportation (USDOT) to specify the standards by which traffic signs, road surface markings, and signals are designed, installed, and used. These specifications include the shapes, colors, and fonts used in road markings and signs. In the United States, all traffic control devices must legally conform to these standards. The manual is used by state and local agencies as well as private construction firms to ensure that the traffic control devices they use conform to the national standard. While some state agencies have developed their own sets of standards, including their own MUTCDs, these must substantially conform to the federal MUTCD.

The first digit of a county road number indicates a town along the road, usually the town of origin. Exceptions to this scheme exist, however. The three villages in Putnam County are included with their respective towns. 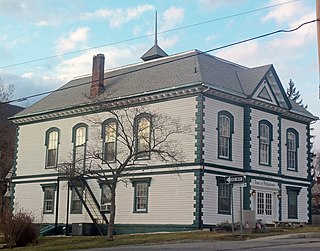 Philipstown is a town located in the western part of Putnam County, New York, United States. The population was 9,662 at the 2010 census. 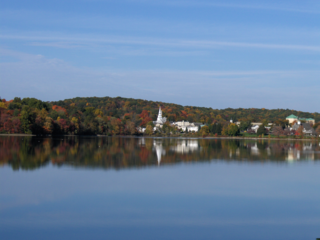 On a town level, the numbers are assigned in a roughly west-to-east and south-to-north fashion. There is no known numbering scheme within the towns, as numbers are assigned based on the order of establishment. The presence of skipped numbers in the order (such as CR 31) implies that there are a few decommissioned roads, but some (like CR 52) were likely skipped intentionally to avoid confusion with state routes in the county.

The United States Numbered Highway System is an integrated network of roads and highways numbered within a nationwide grid in the contiguous United States. As the designation and numbering of these highways were coordinated among the states, they are sometimes called Federal Highways, but the roadways were built and have always been maintained by state or local governments since their initial designation in 1926.

A routenumber is an identifying numeric designation assigned by a highway authority to a particular stretch of roadway to distinguish it from other routes and, in many cases, also to indicate its classification, general geographical location and/or orientation. The numbers chosen may be used solely for internal administrative purposes; however, in most cases they are also displayed on roadside signage and indicated on maps.

The State Highway System of the U.S. state of Florida comprises the roads maintained by the Florida Department of Transportation (FDOT) or a toll authority. The components are referred to officially as state roads, abbreviated SR.

In the U.S. state of New Jersey, county routes exist in all 21 counties. They are typically the fourth type of roadway classified below the Interstate Highway, the U.S. Route numbered highway and the state highway. The County Route system is defined by two types in New Jersey. First, 500 Series County Routes, also called state secondary routes, are county highways numbered in a statewide system with three-digit numbers that begin with 5. These roads form a second network of routes that supplement the facilitation of the State Routes. Each 500 Series route is unique and is not permitted to be duplicated in another county for a separate route. The second category is defined as Non-500 Series County Routes. Non-500 Series County Routes include 1-digit, 2-digit, 600 Series, 700 Series and 800 Series. These, by definition, are discontinuous across county borders and must be contained entirely within that county. Unlike 500 Series County routes, these route numbers are unique to each county, and are typically assigned to more local routes than the statewide 500-series county route system. They are typically of a lesser classification of streets like minor arterials or collector roadways rather than major arterials or thoroughfares. In the counties that use 600-series numbers, the selection of this range was coordinated within the state, gradually replacing older systems of mainly one- and two-digit routes.

The Massachusetts State Highway System in the U.S. state of Massachusetts is a system of state-numbered routes assigned and marked by the highway division of the Massachusetts Department of Transportation (MassDOT). U.S. Highways and Interstate Highways are included in the system; the only overlaps are with the end-to-end U.S. Route 3 and Route 3 and the far-apart Interstate 295, shared with Rhode Island, and Route 295, shared with New York State. A state highway in Massachusetts is a road maintained by the state, which may or may not have a number. Not all numbered routes are maintained or owned by the state.

New York State Route 312 (NY 312) is a short state highway connecting U.S. Route 6 (US 6) and NY 22 within the town of Southeast in Putnam County, New York. It allows indirect access to the village of Brewster from Interstate 84 (I-84), and is often heavily used by local residents at rush hour in preference to the more complicated nearby access to I-684. The western terminus of the route is at US 6 roughly 2 miles (3.2 km) northwest of Brewster, and the eastern at in the hamlet of Sears Corners.

In the U.S. state of New York, county routes exist in all 62 counties except those in the five boroughs of New York City. Most are maintained locally by county highway departments. County route designations are assigned at the county level; as a result, routes often change numbers as they cross from one county to the next due to the lack of a statewide numbering system and lack of coordination between counties. Some exceptions exist, such as County Route 36 (CR 36) in Ontario County and CR 36A in Livingston County. The assignment of routes by individual counties also results in varying system density and numbering and signage practices between the state's counties. 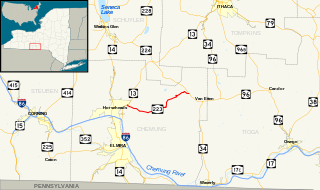 New York State Route 223 (NY 223) is an east–west state highway in Chemung County, New York, in the United States. It extends for 12.5 miles (20.1 km) from an intersection with NY 13 northeast of the city of Elmira in the town of Horseheads to a junction with NY 224 in the town of Van Etten. In between, NY 223 passes through the town of Erin and serves the hamlet of the same name within the town. The route initially continued east to the village of Candor when it was assigned as part of the 1930 renumbering of state highways in New York; however, it was cut back to its current length in the early 1950s.

New York State Route 420 (NY 420) is a north–south state highway in St. Lawrence County, New York, in the United States. The southern terminus of the route is at an intersection with U.S. Route 11 (US 11) in the town of Stockholm. Its northern terminus is at a junction with NY 37 in the village of Massena. NY 420 passes through undeveloped regions of St. Lawrence County for most of its routing and briefly overlaps with NY 11C in the hamlet of Winthrop.