A literary agent (sometimes publishing agent, or writer's representative) is an agent who represents writers and their written works to publishers, theatrical producers, film producers, and film studios, and assists in sale and deal negotiation. Literary agents most often represent novelists, screenwriters, and non-fiction writers. They are paid a fixed percentage (usually twenty percent on foreign sales and ten to fifteen percent for domestic sales) [1] of the proceeds of sales they negotiate on behalf of their clients.

Literary agents perform various services for authors. They connect the author's work with appropriate publishers, negotiate contracts, ensure royalty payments, and mediate problems between author and publisher. [2] Agents can help new authors get public recognition. Agents also help publishing houses and others expedite the process of review, publication, and distribution of authors' works. Many well-known, powerful, and lucrative publishing houses (such as the Big Five) are generally less open than smaller publishers to unrepresented submissions. [3] A knowledgeable agent knows the market, and can be a source of valuable career advice and guidance. Being a publishable author doesn't automatically make someone an expert on modern publishing contracts and practices—especially where television, film, or foreign rights are involved. Many authors prefer to have an agent handle such matters. This prevents straining the author's working relationship with the editor with disputes about royalty statements or late checks.

An agent can also function as an adviser, showing an author the various aspects of how to make a living writing. Literary agents often transition from jobs in other aspects of the publishing industry. Though self-publishing is becoming much more popular, literary agents still fulfill a useful role as gatekeepers to publishing houses.

Literary agencies can range in size from a single agent who represents perhaps a dozen authors, to a substantial firm with senior partners, sub-agents, specialists in areas like foreign rights or licensed merchandise tie-ins, and clients numbering in the hundreds. Most agencies, especially smaller ones, specialize to some degree. They may represent—for example—authors of science fiction, mainstream thrillers and mysteries, children's books, romance, or highly topical nonfiction. Very few agents represent short stories or poetry.

Legitimate agents and agencies in the book world are not required to be members of the Association of Authors' Representatives (AAR), but according to Writer's Market listings, many agents in the United States are. To qualify for AAR membership, agents must have sold a minimum number of books and pledge to abide by a Canon of Ethics. [4] Effective professional agents often learn their trade while working for another agent, though some cross over to agenting after working as editors.

Legitimate agents do not charge reading or other upfront fees (e.g., retainers), or bill authors for most operating expenses. [5] [6] They also do not offer to place work with a vanity or subsidy press.

A client typically establishes a relationship with an agent through querying, though the two may meet at a writers' conference, through a contest, or in other ways. A query is an unsolicited proposal for representation, either for a finished work or unfinished work. Various agents request different elements in a query packet, and most agencies list their specific submission requirement on their Website or in their listing in major directories. It typically begins with the author sending a query letter (1-2 pages) that explains the purpose of the work and any writing qualifications of the author. Some agencies want a synopsis or outline as part of the query. Often, the author sends the first three chapters (typically around 50 pages) of their work. For paper queries, the author must include a self-addressed stamped envelope to receive a response, though email submissions are increasingly common.

If an agency rejects a written query, they send the response—typically a form letter—in the self-addressed stamped envelope. A rejection that is not merely a form letter, or has hand-written comments (especially a message to the effect of "query me for other projects") is typically a good sign.

The first literary agents appeared around the year 1880 (Publishing). 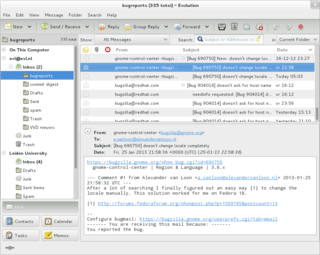 The Simple Mail Transfer Protocol (SMTP) is a communication protocol for electronic mail transmission. As an Internet standard, SMTP was first defined in 1982 by RFC 821, and updated in 2008 by RFC 5321 to Extended SMTP additions, which is the protocol variety in widespread use today. Mail servers and other message transfer agents use SMTP to send and receive mail messages. Proprietary systems such as Microsoft Exchange and IBM Notes and webmail systems such as Outlook.com, Gmail and Yahoo! Mail may use non-standard protocols internally, but all use SMTP when sending to or receiving email from outside their own systems. SMTP servers commonly use the Transmission Control Protocol on port number 25.

Copy editing is the process of revising written material to improve readability and fitness for its purpose, as well as ensuring that it is free of grammatical and factual errors. In the context of publication in print, copy editing is done before typesetting and again before proofreading, the final step in the editorial cycle.

In publishing, a slush pile is a set of unsolicited query letters or manuscripts that have either been directly sent to a publisher by an author, or which have been delivered via a literary agent representing the author who may or may not be familiar to the publisher. The responsibility of sifting through slush piles is usually reserved either to editor assistants or to outside contractors called publisher's readers or "first readers". If the reader finds something of interest and can convince a senior editor to accept it, they may earn credit.

A small press is a publisher with annual sales below a certain level or below a certain number of titles published. The terms "indie publisher" and "independent press" or "self publishing" and others are sometimes used interchangeably.

An author mill is a publisher that relies on producing large numbers of small-run books by different authors, as opposed to a smaller number of works published in larger numbers. The term was coined by Victoria Strauss of Writer Beware, as a parallel formation from diploma mill, an unaccredited college or university that offers degrees without regard to academic achievement, and puppy mill, a breeding operation that produces large numbers of puppies for sale with little regard for breed purity, puppy placement, health, or socialization.

A talent agent, or booking agent, is a person who finds jobs for actors, authors, film directors, musicians, models, professional athletes, writers, screenwriters, broadcast journalists, and other professionals in various entertainment or broadcast businesses. In addition, an agent defends, supports and promotes the interest of their clients. Talent agencies specialize, either by creating departments within the agency or developing entire agencies that primarily or wholly represent one specialty. For example, there are modeling agencies, commercial talent agencies, literary agencies, voice-over agencies, broadcast journalist agencies, sports agencies, music agencies and many more.

The Christopher Little Literary Agency is a firm of literary agents based in London. Its clients have included Darren Shan, A. J. Quinnell, and Janet Gleeson. Christopher Little, who runs the agency, also managed Harry Potter author J. K. Rowling from 1996 until 2011 and has been credited with single-handedly managing Rowling's career and turning the Harry Potter franchise into a multi-million pound industry. He has been described as "the luckiest agent ever" who was half of "the most commercially successful relationship in literary history". 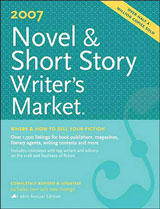 The Nebula Awards annually recognize the best works of science fiction or fantasy published in the United States. The awards are organized and awarded by the Science Fiction and Fantasy Writers of America (SFWA), a nonprofit association of professional science fiction and fantasy writers. They were first given in 1966 at a ceremony created for the awards, and are given in four categories for different lengths of literary works. A fifth category for film and television episode scripts was given 1974–78 and 2000–09, and a sixth category for game writing was begun in 2018. The rules governing the Nebula Awards have changed several times during the awards' history, most recently in 2010. The SFWA Nebula Conference, at which the awards are announced and presented, is held each spring in the United States. Locations vary from year to year.

Georges Borchardt is a literary agent in America; he has represented such figures as General Charles de Gaulle to Jane Fonda.

Mark Gottlieb is an American literary agent for writers and illustrators in fiction, non-fiction, children's literature, graphic novels and other genres. He's known for representing figures such as Lesley Kagen, James Breakwell, Christopher Brown (author), Christopher Hinz, Andrew Klavan, William F. Nolan, Joe Coleman (painter) and Kate Moretti. Mark Gottlieb has been instrumental in Trident Media Group's (TMG) publishing house development. He has lectured and commented widely on publishing, author rights and the place of literature in the contemporary period of history. Gottlieb is also an author of a number of publications. Gottlieb resigned from the Association of Authors’ Representatives (AAR) following an ethics investigation in August of 2018.