Endicott was born in Golden, British Columbia in 1958, the daughter of an Anglican priest; she grew up in Vancouver, Halifax and Yarmouth, Nova Scotia, and Toronto, Ontario. She worked as an actor before moving to London, England, where she began to write fiction. Returning to Canada in 1984, she went west to Saskatoon and worked in theatre as a director and dramaturge. She was for many years the dramaturge of the Saskatchewan Playwrights Centre. In 1992 she went farther west with husband Peter Ormshaw to Mayerthorpe, Alberta, on his first posting with the RCMP; [1] they have since lived in Cochrane and Edmonton, and have two children: Will (1993) and Rachel (1996). They presently (2019) live in Edmonton.

Endicott was an actor and director for many years before beginning a second career as a writer of fiction. When asked why she switched, she explained:

Being an actor isn't an easy life. The work is so ephemeral... I write novels instead of plays because I like the intimate link of the silent writer and the silent reader. [2]

Endicott's first short story appeared in Grain in 1985. Her stories have been anthologized in Coming Attractions and short-listed for the 1993 Journey Prize. Her first novel, Open Arms (2001), was a finalist for the Amazon.ca/Books in Canada First Novel Award and was broadcast on CBC Radio's Between the Covers in 2003. Good to a Fault was selected for the 2010 edition of CBC Radio's Canada Reads . Her long poem about the Mayerthorpe incident, "The Policeman's Wife, Some Letters", was short-listed for the CBC Literary Awards in 2006.

Her third novel, The Little Shadows, published by Doubleday in 2011, was longlisted for the Giller and shortlisted for the Governor General's Award for Fiction.

She co-wrote the screenplay for the 2012 documentary film, Vanishing Point . [3]

Her novel Close to Hugh was published in May, 2015 [4] and was longlisted for the Scotiabank Giller Prize. [5]

Eden Victoria Lena Robinson is an award-winning Aboriginal Canadian author. She is a member of the Haisla and Heiltsuk First Nations.

Lisa Moore is an acclaimed Canadian writer and editor established in the province of Newfoundland and Labrador. 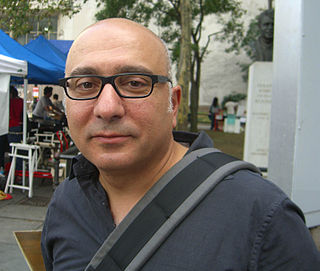 Lauren B. Davis is a Canadian writer. She is best known for her novels Our Daily Bread, which was named one of the best books of 2011 by The Globe and Mail and The Boston Globe. and The Empty Room, a semi-autobiographical novel about alcoholism. She currently lives in Princeton, New Jersey with her husband, Zurich Financial executive, Ron Davis, and their dog, Bailey

Joan Thomas is an award-winning Canadian novelist and book reviewer from Winnipeg, Manitoba. 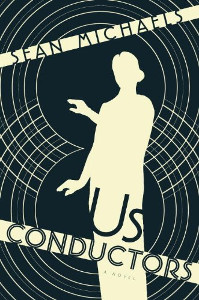 Susan Perly is a Canadian journalist and fiction writer, whose novel Death Valley was a longlisted nominee for the 2016 Scotiabank Giller Prize. A longtime journalist for CBC Radio, she was a producer for Morningside who became best known for her Letters from Latin America series of reports from war zones in Central and South America in the early 1980s, she later created a similar series of reports, Letters from Baghdad, for the network during the 1990 Gulf War. She was also a producer of documentaries for the network's Sunday Morning. 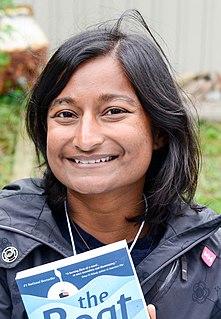 Sharon Bala is a Canadian writer residing in St. John's, Newfoundland and Labrador.