Max & Ruby is a Canadian children's animated television series produced by Nelvana Limited based on the book series by Rosemary Wells. The series debuted on Treehouse TV on May 3, 2002, in Canada [1] and on Nick Jr. on October 21, 2002, in the United States. [2]

Max & Ruby is about two bunnies: Max, a rambunctious and determined three-year-old and his sister Ruby, a patient, goal-oriented and restrictive seven-year-old. [3] The series takes place in a fictional town called Eastbunny Hop, in a universe populated by mostly bunnies and other creatures in the 1940s and 1950s. According to Wells, the series shows the relationship between Ruby, Max and the universal nature of sibling relationships. [4]

Max & Ruby is produced by Nelvana Limited, in conjunction with Silver Lining Productions for its first five seasons, which was acquired by Chorion in 2005. [12] 9 Story Media Group overtook producing the animation from Nelvana in season 3 and would continue animating the series for seasons 4 and 5, with Chorion co-producing the series for seasons 4 and 5. Nelvana would still handle producing the series, and would for the rest of its run. After Chorion and its division Silver Lining Productions both close their doors when season 5 finished production, Atomic Cartoons overtook co-producing the series, season 6 of which premiered on September 18, 2016, [13] with a new main voice cast and theme song, along with each episode now having 2 10-minute segments per half-hour, rather than having 3 7-minute segments as in previous seasons. Season 7 of the series premiered on August 12, 2018.

Paramount Home Media Distribution is the DVD distributor for the series in the United States. As of March 29, 2012, 2.9 million DVD units of the series from Nickelodeon have been sold in the U.S. [15] 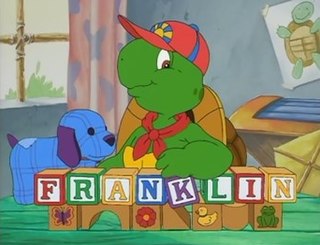 Franklin is an animated preschool educational children's television series, based on the Franklin the Turtle books by Brenda Clark and Paulette Bourgeois, and produced by Nelvana. It was followed up by a CGI adaptation, Franklin and Friends.

Rolie Polie Olie is a computer-animated children's television series produced by Nelvana and created by William Joyce. The show focuses on a little robot who is composed of several spheres and other three-dimensional geometric shapes. The show was one of the earliest series that was fully animated in CGI. Rolie Polie Olie ran from October 4, 1998, to April 28, 2004. It aired on reruns on Disney Junior from March 23, 2012, until September 28, 2014. Two straight-to-video films based on the series were released in 2002 and 2003 respectively.

The Wubbulous World of Dr. Seuss is an American children's puppet television series based on characters created by Dr. Seuss, produced by The Jim Henson Company. It aired from October 13, 1996, to December 28, 1998, on Nickelodeon. It combines live puppets with digitally animated backgrounds, and in its first season, refashioning characters and themes from the original Dr. Seuss books into new stories that often retained much of the flavor of Dr. Seuss' own works. 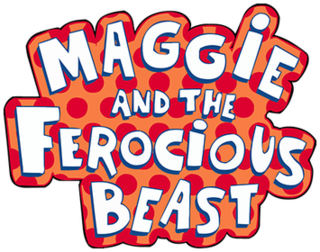 Maggie and the Ferocious Beast is a Canadian animated children's television series created by Michael and Betty Paraskevas. The program was based on the 1996 book The Ferocious Beast with the Polka-Dot Hide and its sequels, which were also written by the Paraskevas. The show began as a series of shorts aired on the Canadian channel Teletoon in 1998. In the U.S, the first full-length episode premiered on Nickelodeon's Nick Jr. block on June 5, 2000, and in Canada, the first full-length episode premiered on Teletoon on August 26, 2000. The series ran for three seasons, airing its final episode on June 9, 2002.

Little Bill is an American animated children's television series. It is based on the Little Bill book series, written by Bill Cosby and illustrated by Varnette P. Honeywood. The series follows the adventures of Little Bill and his friends in Philadelphia. It was produced for Nickelodeon and was adapted for television by the show's head writer, Fracaswell Hyman. The stories feature Little Bill learning a lesson or moral, and every episode was developed through research and in consultation with a panel of educational consultants.

Flying Rhino Junior High is an animated television series produced by Neurones Animation, Nelvana Limited, and Scottish Television Enterprises. The show was originally aired from October 3, 1998 until January 22, 2000 on Teletoon in Canada. In the U.S., The show was aired on CBS. On February 2, 2000, the show was cancelled.

Julie Lemieux is a Canadian voice actress and comedian. 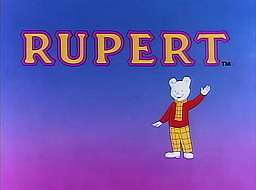 Rupert is a traditionally animated children's television series based on the Mary Tourtel character Rupert Bear, which aired from 1991 to 1997 with 65 half-hour episodes produced. The series is produced by Nelvana, in co-production with Ellipse Programmé for the first three seasons, in association with YTV Canada, Inc., and ITV franchisees TVS Television and Scottish Television.

Peter Rabbit is a computer-animated comedy television series for preschool children that debuted on Nick Jr. on December 14, 2012 in the United States and on the CBeebies channel and BBC One on December 25, 2012 in the United Kingdom. It is based on the character of the same name from Beatrix Potter's books for children. The series debuted on American TV and iTunes on December 14, 2012 with the pilot episode debuting as a Christmas holiday special, titled Peter Rabbit's Christmas Tale, and the show was becoming a regular series on February 19, 2013 in the USA. which was watched by three million viewers in the U.S. The first official DVD of Peter Rabbit was released on May 28, 2013, as a Walmart exclusive. it contains the programmes first eight episodes on a single disc. On October 11, 2013, Nickelodeon ordered a second series of 26 episodes. The series is also on the BBC Alba channel known as Peadar Kinnen. In Wales the series is known as Guto Gwningen dubbed into Welsh on S4C.

Sanjay and Craig is an American-Canadian animated sitcom created by Jim Dirschberger, Jay Howell, and Andreas Trolf for Nickelodeon. Produced by Will McRobb and Chris Viscardi, the series revolves around Sanjay, voiced by Maulik Pancholy, and his best friend Craig, voiced by Chris Hardwick, a talking snake.

Little Charmers is a Canadian CGI-animated children's television series produced by Nelvana and Spin Master Entertainment for Treehouse TV. The series premiered on Nickelodeon in the United States on January 12, 2015 and ended on April 15, 2017. Treehouse TV announced a week later that it was scheduled in Canada on the last day of January; however, episode 2 debuted 6 days after this announcement, and 6 days prior to the scheduled debut. 57 episodes were produced.

Angelina Ballerina is a British animated children's television series, based on the Angelina Ballerina series of children's books by author Katharine Holabird and illustrator Helen Craig. The series is about Angelina Mouseling, a young mouse who loves to dance ballet, and her family and classmates. Finty Williams performed the voice of Angelina, and her real-life mother Judi Dench performed the voice of Miss Lilly, her old ballet teacher.

The 21st season of Arthur aired on PBS Kids in the U.S. from October 24, 2017 to February 15, 2018. John Lewis guest starred on the episode "Arthur Takes a Stand". This is also the last season where Jacob Ursomarzo voices Arthur, Christian Distefano voices D.W. and Max Friedman Cole voices Brain. 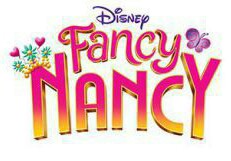 Fancy Nancy is an American computer-animated children's television series developed by Jamie Mitchell and Krista Tucker and produced by Disney Television Animation for Disney Junior based on the eponymous children's picture book series by Jane O'Connor with illustrations by Robin Preiss Glasser. The show follows the adventures of Nancy Clancy, a 6 -year-old girl who loves everything fancy and French whiles living with her family and friends in a fictional version of Plainfield, Ohio.