The Mercyhurst Lakers, representing Mercyhurst University which is located in Erie, Pennsylvania, are composed of 24 teams in intercollegiate athletics, including men's and women's basketball, cross country, golf, ice hockey, lacrosse, rowing, soccer, tennis, and water polo. Men's sports include baseball, football, and wrestling. Women's sports include field hockey, softball, and volleyball. The Lakers compete in the NCAA Division II and are members of the Pennsylvania State Athletic Conference (PSAC) for all sports except ice hockey, which competes in NCAA Division I, and water polo, a sport in which the NCAA holds single all-divisions national championships for men and women. The men's ice hockey team is a member of Atlantic Hockey, while the women's ice hockey team is a member of College Hockey America. The men's water polo team plays in the Collegiate Water Polo Association, and the women's water polo team plays in the Western Water Polo Association. [2]

The Harvard Crimson are the athletic teams of Harvard University. The school's teams compete in NCAA Division I. As of 2013, there were 42 Division I intercollegiate varsity sports teams for women and men at Harvard, more than at any other NCAA Division I college in the country. Like the other Ivy League universities, Harvard does not offer athletic scholarships.

The Bucknell Bison are the athletic teams that represent Bucknell University. The program is a member of the Patriot League for most NCAA Division I sports and Division I FCS in football.

The UC Davis Aggies are the athletic teams that represent the University of California, Davis. For football, the Aggies compete in Division I FCS, and are members of the Big Sky Conference, granting UC Davis the distinction of being one of only three UC campuses to field a football team. The Aggies are also members of the Mountain Pacific Sports Federation in women's gymnastics and women's lacrosse, the America East Conference in field hockey, and the Western Water Polo Association for Men's Water Polo. 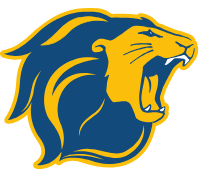 The TCNJ Lions are the athletic teams representing The College of New Jersey (TCNJ). They are a member of the New Jersey Athletic Conference (NJAC) and compete within Division III of the National Collegiate Athletic Association (NCAA).

Massachusetts Institute of Technology's intercollegiate sports teams, called the MIT Engineers, compete mostly in NCAA Division III. It has won 22 Team National Championships, 42 Individual National Championships. MIT is the all-time Division III leader in producing Academic All-Americas (302) and rank second across all NCAA Divisions. MIT Athletes won 13 Elite 90 awards and ranks first among NCAA Division III programs, and third among all divisions. Most of the school's sports compete in the New England Women's and Men's Athletic Conference (NEWMAC), with sports not sponsored by the NEWMAC housed in several other conferences. Men's volleyball competes in the single-sport United Volleyball Conference. One MIT sport, women's rowing, competes in Division I in the Eastern Association of Women's Rowing Colleges (EAWRC). Men's water polo, a sport in which the NCAA holds a single national championship for all three of its divisions, competes in the Collegiate Water Polo Association (CWPA) alongside Division I and Division II members. Three sports compete outside NCAA governance: men's rowing competes in the Eastern Association of Rowing Colleges (EARC), sailing in the New England Intercollegiate Sailing Association of ICSA and squash in the College Squash Association. In April 2009, budget cuts led to MIT's eliminating eight of its 41 sports, including the mixed men's and women's teams in alpine skiing and pistol; separate teams for men and women in ice hockey and gymnastics; and men's programs in golf and wrestling.