The McCafferty Trophy is awarded by the Horizon League to the school with the best overall athletic performance in all the sponsored sports. Cleveland State has won the award twice, in 2008 and 2013. Below is a table of the Cleveland State finishes and points.

Baseball at Cleveland State was played for a total of 69 seasons. On May 2, 2011 Clevleland State University announced that they would eliminate the baseball team. The reasons cited were budget concerns as well as the difficulty of having a baseball team in the northern United States with the season starting earlier and earlier and favoring teams in the warmer southern United States. [15]

On October 14, 2008 Cleveland State University President Michael Schwartz stated "he wants a blue ribbon panel to give him a recommendation on the football team before July 1 when he is scheduled to retire. He also said the program will have to be structured to pay for itself." [16] On November 19, 2008 it was revealed that President Schwartz had chosen the committee members to explore the feasibility of football at Cleveland State. [17] On October 9, 2009 it was announced the University had completed its feasibility study. [18] From April 12–14, 2010 the Cleveland State Student Government Association polled students online about whether they favored football at Cleveland State. The results were as follows. [19]

CSU competed as an independent for its first five men's lacrosse seasons. After the 2021 season, CSU joined the newly reinstated men's lacrosse league of the ASUN Conference. [24]

Viking Crew is a successful coed club crew. [31] Each year the team travels around the nation to compete against other top collegiate crew. In 2006 the team's lightweight men's four traveled to Boston to race in the Head of the Charles Regatta. In 2007 and 2009 the team raced at Aberdeen Dad Vail Regatta with over 37 boats in their race. In 2009 Cleveland State won the Hammer Ergatta cup and the Cleveland Collegiate Regatta cup.

Cleveland State University (CSU) is a public research university in Cleveland, Ohio. It was established in 1964 and opened for classes in 1965 after acquiring the entirety of Fenn College, a private school that had been in operation since 1923. CSU absorbed the Cleveland-Marshall College of Law in 1969. Today it is part of the University System of Ohio, has more than 120,000 alumni, and offers over 200 academic programs. It is classified among "R2: Doctoral Universities – High research activity". 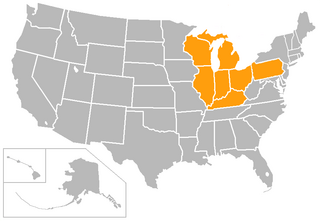 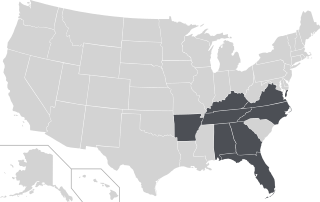 The Detroit Mercy Titans are the athletic teams of University of Detroit Mercy (UDM). The University is a member of the National Collegiate Athletic Association (NCAA) Division I. The school primarily competes in the Horizon League, but competes in other conferences for fencing and lacrosse, sports not sponsored for either men or women by the Horizon League. Fencing, a co-ed sport, competes in the Midwest Fencing Conference. Men's lacrosse moves from the Metro Atlantic Athletic Conference to the ASUN Conference in July 2021. Women's lacrosse joined the Mid-American Conference for that league's first women's lacrosse season in 2021.

The Butler Bulldogs are the athletic teams that represent Butler University, located in Indianapolis, Indiana. The Bulldogs participate in 20 NCAA Division I intercollegiate sports. After leaving the Horizon League following the 2011–12 season, nearly all teams competed in the Atlantic 10 Conference. The football team is a founding member of the non-scholarship Football Championship Subdivision (FCS)-level Pioneer League. On March 20, 2013, the Butler administration announced that the school would join the Big East, and moved to the new league July 1, 2013.

The Wright State Raiders are the athletics teams of Wright State University in Fairborn, Ohio. The school currently participates in eleven sports at the Division I level of the NCAA, and are members of the Horizon League. The school's mascot is a wolf.

The Jacksonville Dolphins are the intercollegiate athletics teams that represent Jacksonville University, located in Jacksonville, Florida. The Dolphins participate in NCAA Division I athletics, and are primarily members of the Atlantic Sun Conference (ASUN). Some teams in sports that are not sponsored by the ASUN play in other conferences. The men's lacrosse team is a member of the Southern Conference, and the men's and women's rowing teams are in the Metro Atlantic Athletic Conference.

The Cleveland State Vikings men's soccer team represent Cleveland State University in the Horizon League of NCAA Division I soccer. The team plays its home matches at Krenzler Field and is currently coached by Kirk Harwat. The first season of soccer at Cleveland State was 1954 when the university was known as Fenn College.

The Cleveland State Vikings men's tennis team represents Cleveland State University in NCAA Division I college tennis. The team belongs to the Horizon League and plays home matches at the Medical Mutual Tennis Pavilion. The Vikings are currently led by head coach Brian Etzkin. Cleveland State dropped tennis as a sport following the 1991–1992 school year. Tennis was brought back for the 1999–2000 school year.