Twice during his career Thomas has won the Robert R. Neyland Outstanding Athletics Director Award, once in 2005 while at Akron, and again in April 2008 while at Cincinnati.

Thomas is married to the former Jeni Arends from Manchester, Iowa, and has four adult children.

Thomas was named Director of Athletics at Cleveland State University on February 8, 2017. [1]

Thomas was named Director of Athletics at the University of Illinois in August 2011. During his first year at Illinois he replaced the football coach and both the men's and women's basketball coaches. Thomas launched the $170-million State Farm Center renovation project, including a landmark $60-million naming rights agreement that was the largest for a college-only venue in the country.

Under Thomas's leadership, the University of Illinois won Big Ten championships in all four 2015 men's spring sports: baseball, tennis, track and field, and golf. Thomas was also responsible for leading the Illinois Big Ten athletic program to bowl and NCAA tournament appearances and Top Ten national finishes in baseball, volleyball, men's golf, men's track and field, men's tennis, wrestling, and men's gymnastics. While Thomas was the Director of Athletics at UI, he put staff and programs in place that elevated the overall student-athlete GPA average from 3.05 to 3.25 and increased annual student-athlete community service hours from 5,000 to 7,000. In 2015, Thomas received the Western Illinois University Alumni Achievement Award and in 2014, he was awarded the University of Illinois Award for Communications and Marketing Excellence. [2]

Thomas also led several other facility projects, including enhancements to Memorial Stadium and Huff Hall, and the construction of a new outdoor golf facility. Thomas signed a 10-year, $60-million dollar contract with Learfield Sports and guided Illinois through an 18-month collaboration with Nike, resulting in all new marks and branding.

On November 9, 2015, Thomas was fired via a without cause contractual clause from the University of Illinois. Most speculate it was tied to Tim Beckman and the treatment of the football team. [3]

The University of Cincinnati named Thomas as its athletic director on October 20, 2005. Thomas was charged with the competitive rebuilding of the Bearcats Program by then President Nancy Zimpher. During his tenure in Cincinnati, Thomas hired men's basketball coach Mick Cronin, and football head coaches Brian Kelly and Butch Jones. Cincinnati Football enjoyed the greatest success in its history under these coaches, winning several Big East titles and advancing to the school's only BCS Bowl Games in the 2009 FedEx Orange Bowl and the 2010 Allstate Sugar Bowl, which capped the undefeated 12-0 regular season.

While holding the role of Director of Athletics, Thomas increased the university's donor base by 180% and raised $70 million for the annual fund, capital projects, and endowments. Thomas secured and expanded a regional television agreement with FOX Sports, which substantially increased coverage for football, men's basketball, and women's basketball. He also increased football season ticket sales and revenue by more than 300%. Lastly, under Thomas's leadership the university experienced an increase in annual student-athletes on Big East Academic All-Star Team from 124 to 218. In 2009, Thomas was honored to receive the Sports Executive of the Year Award from the Cincinnati Sports Professional Network. In 2008, Thomas was awarded for the second time the General Robert R. Neyland Outstanding Athletic Director Award from the All-American Football Foundation. [4]

Thomas increased the graduate success rate and the APR, and under his direction UC was one of the leaders in the Big East conference for academic success. Membership in the school's athletic fundraising arm increased by almost 300% under Thomas' tenure, and funds were raised for several capital projects. He was recognized as the Cincinnati Sports Executive of the Year in 2010.

Thomas was named Director of Athletics at the University of Akron in October 2000. Under his direction, Akron rose from last place to second among MAC schools in the Director's Cup rankings, and simultaneously rose from last to second place in the MAC academic achievement awards. He increased corporate sponsorship levels by 750%. Additionally, Thomas launched the building of a new on campus football stadium and secured $20 million in individual and corporate gifts for the project. Thomas replaced Lee Owens, the football coach, with JD Brookhart. The Zips went on to win their first MAC football championship. Thomas' hire of men's basketball coach Keith Dambrot has led to unparalleled success, including eight postseason appearances in the last ten years.

The Tennessee Volunteers and Lady Volunteers are the 20 male and female varsity intercollegiate athletics programs that represent the University of Tennessee in Knoxville, Tennessee. The Volunteers compete in Division I of the National Collegiate Athletic Association (NCAA) as a member of the Southeastern Conference (SEC). In December 2017, former Tennessee football coach Phillip Fulmer was introduced as Tennessee's new athletic director. 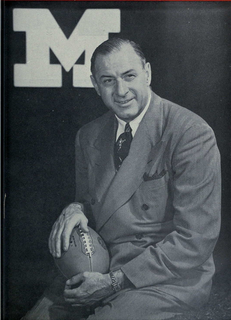 Edwin Louis Jucker was an American basketball and baseball coach and college athletics administrator. He served as the head basketball coach at the United States Merchant Marine Academy from 1945 to 1948, Rensselaer Polytechnic Institute (RPI) from 1948 to 1953, the University of Cincinnati from 1960 to 1965, and Rollins College from 1972 to 1977, compiling a career college basketball coaching record of 270–122. He led the Cincinnati Bearcats men's basketball program to consecutive national titles, winning the NCAA Basketball Tournament in 1961 and 1962. Jucker was also the head coach of the Cincinnati Bearcats baseball team from 1954 to 1960 while serving as an assistant coach for the basketball team. He spent two seasons coaching in the professional ranks, leading the Cincinnati Royals of the National Basketball Association (NBA) from 1967 to 1969. Jucker served as the athletic director at Rollins College from 1981 to 1983.

Kirby Hocutt is the current athletic director at Texas Tech University in Lubbock, Texas and the Big 12 representative to the College Football Playoff committee. Additionally, Hocutt is the chairman of the NCAA Division I Football Recruiting Subcommittee. Hocutt formerly held the same position at Ohio University in Athens, Ohio from 2005 to 2008 and the University of Miami in Coral Gables, Florida from 2008 to 2011.

The Northwestern Wildcats are the athletic teams that represent Northwestern University, located in Evanston, Illinois. Northwestern is a founding member of the Big Ten Conference and the only private university in the conference. Northwestern has eight men's and eleven women's NCAA Division I sports teams and is known as "Chicago's Big Ten Team". The mascot is Willie the Wildcat. The athletic director is former Northern Illinois University Athletic Director Jim Phillips, who took office in April 2008. 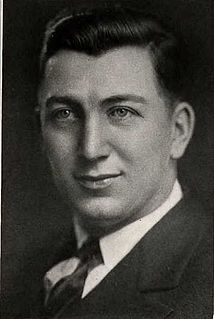 The Rutgers Scarlet Knights are the athletic teams that represent Rutgers University's New Brunswick campus. In sports, Rutgers is chiefly known for being the "Birthplace of College Football", hosting the first ever intercollegiate football game on November 6, 1869 in which Rutgers defeated a team from the College of New Jersey with a score of 6 runs to 4. 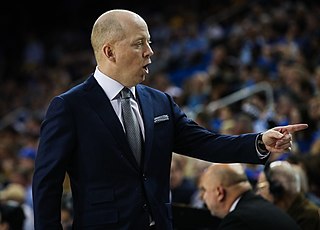 Michael Walter Cronin is an American men's college basketball coach who is the head coach of the UCLA Bruins of the Pac-12 Conference. Cronin was named the Pac-12 Coach of the Year in his first season with the Bruins in 2019–20. He arrived at UCLA having previously served as the head coach for the Cincinnati Bearcats for 13 seasons. Cronin had been named the American Athletic Conference (AAC) Coach of the Year in 2014 and guided Cincinnati's program to nine straight NCAA Tournament appearances. Prior to joining Cincinnati in 2006, he coached the Murray State Racers from 2003 to 2006. 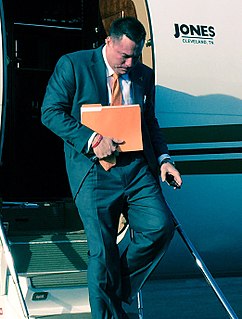 The Cincinnati Bearcats men's basketball program represents the University of Cincinnati in Cincinnati, Ohio. The school's team competes in NCAA Division I as part of the American Athletic Conference. The Bearcats are coached by John Brannen, who has been UC's head coach since 2019.

The 2008 Cincinnati Bearcats football team represented the University of Cincinnati in the 2008 NCAA Division I FBS football season. The team, coached by Brian Kelly, played its homes game in Nippert Stadium. Kelly was in his second full season with the Bearcats after coaching them to a 31–21 win against Southern Miss in the 2007 PapaJohns.com Bowl. On Friday, November 28, 2008, the Bearcats clinched a share of the Big East Conference title for the first time since joining the Big East in 2005. With a victory over Syracuse on November 29, 2008 the Bearcats became the outright football champions of the Big East and set a record with an average attendance of 31,964. After a disappointing loss to Virginia Tech in the 2009 Orange Bowl, the Bearcats finished 17th in the AP Top 25 for the second consecutive year. With West Virginia falling off Cincinnati became the front runner to win the big east. 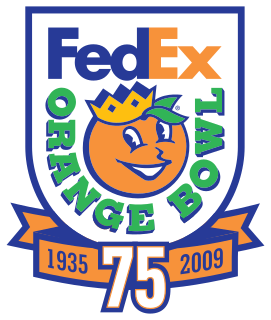 Anthony Steven Pike is a former American football quarterback who played for the Carolina Panthers of the National Football League (NFL). He played college football at Cincinnati and was drafted by the Panthers in the sixth round of the 2010 NFL Draft.