Men's basketball has been a part of USI's athletic department since the 1970–71 season. The Screaming Eagles are currently one of the most successful basketball programs in Division II athletics. In 1994 USI finished runner-up at the Division II championship and the following year, in 1995, won the national championship. Overall USI has made 23 NCAA tournament appearances and won the GLVC tournament in 2005, 2007, 2012 and 2014.

USI's success in basketball is due in part to the coaching leadership and legacy of Bruce Pearl, who coached the team from 1992 to 2001. During this nine-year span USI went to nine straight NCAA D-II tournaments, won four GLVC regular season titles, and compiled a record of 231–46. Pearl's successor, Rick Herdes, led the team to a second-place finish at the 2004 Division II national championship and posted a record of 200–59. However, in 2009, USI submitted to the NCAA a list of NCAA rules violations committed by the men's basketball coaching staff, including Herdes. Three of the violations are related to extra benefits concerning transportation, one concerning academics, and the last concerning improper communication with a prospective student athlete. [4] When the announcement was made Herdes promptly resigned and was replaced by Rodney Watson.

Despite a one-year probation on postseason play imposed by the GLVC and the NCAA, Watson led USI to a 23–0 start and a #2 ranking in the NABC Division II Top 25 Poll, making it the best start for a first-year coach at USI. In his 8 seasons as coach, USI has a 183-54 overall record and a 104–40 record within the conference. [5]

Men's baseball began at USI in 1971. Recently USI has established itself as a top competitor nationally in Division II. In 2010 the school won the NCAA DII National Championship and won their second NCAA title in 2014, defeating Colorado Mesa by a final score of 3–2 in 12 innings. The team also earned a third-place finish in 2007 under head coach Tracy Archuleta.

The USI Softball team was started in 1977 and has been under the direction of coach Sue Kunkle for 16 seasons. The team made its first trip to the NCAA Division II Softball Championship in 2017, losing to West Florida in the opening rounds. In 2018, the Screaming Eagles returned to the tournament as an 8-seed and went undefeated in the tournament to capture their first, and the University's first women's national championship, defeating Saint Anslem 4–0 and 8–3 in consecutive games in the final. [6] Sophomore pitcher Jennifer Leonhardt started all five games in the NCAA tournament, including a complete-game no-hitter in her second game against Angelo State. [7]

Missouri S&T Miners refers to the students, graduates, and sports teams of Missouri University of Science and Technology. Until 1964, the school was known as the "Missouri School of Mines", and until 2008 it was the "University of Missouri—Rolla". The nickname "Miner", or a variation of it, is common at mining schools in many states. The teams compete in Division II of NCAA sports. Missouri S&T was a long-time member of the Mid-America Intercollegiate Athletics Association (MIAA) until they joined the Great Lakes Valley Conference (GLVC) in 2005. Missouri S&T's official school colors are silver and gold; the color green has historic relevance and is also used prominently. 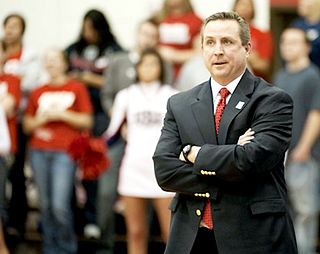 Rodney Watson is an American basketball coach and the former head coach for the University of Southern Indiana. Watson succeeded Rick Herdes, who resigned following a scandal that ultimately resulted in suspension from postseason play for one year. 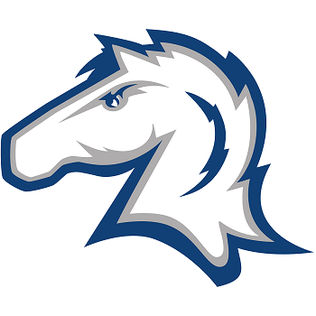 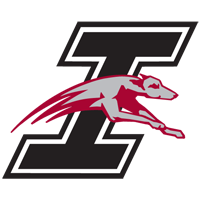 The Indianapolis Greyhounds are the athletic teams that represent the University of Indianapolis, located in Indianapolis, Indiana, in NCAA Division II intercollegiate sports. The Greyhounds compete as members of the Great Lakes Valley Conference for 22 of 23 varsity sports. Indianapolis has been part of the GLVC since 1978.

The Valdosta State Blazers are the athletic programs of Valdosta State University in Valdosta, Georgia. Valdosta State is an NCAA Division II member institution and has been a member of the Gulf South Conference since 1981.

The Grand Canyon Antelopes are the 21 athletic teams representing Grand Canyon University, located in Phoenix, Arizona. Most of the university's athletic teams compete at the NCAA Division I level in the Western Athletic Conference. Men's volleyball competes in the Mountain Pacific Sports Federation (MPSF) effective beginning in the 2017–18 academic year. The beach volleyball program competes as an independent.

The Northern Kentucky Norse are the athletic teams of Northern Kentucky University, located in Highland Heights, Kentucky, United States. NKU is an NCAA Division I school competing in the Horizon League, which it joined on July 1, 2015 after leaving the Atlantic Sun Conference. The university's teams for both men and women are nicknamed "Norse."

The Cal State San Bernardino Coyotes are the men's and women's intercollegiate athletic squads of California State University, San Bernardino. The athletic department was established in 1984 and the school's athletic mascot is the Coyote. The school's official colors are blue and black.

The Longwood Lancers are the varsity athletic teams representing Longwood University in Farmville, Virginia in intercollegiate athletics. The university sponsors fourteen teams, which compete in NCAA Division I and became members of the Big South Conference in July 2012 after upgrading from NCAA Division II during the 2004–05 season. In women's field hockey, a sport not sponsored by the Big South, Longwood is an associate member of the Mid-American Conference as of the 2014–15 school year.

The Florida Tech Panthers are composed of 18 teams representing the Florida Institute of Technology in intercollegiate athletics, including men and women's basketball, cross country, lacrosse, rowing, soccer, swimming, and track and field. Men's sports include baseball and golf. Women's sports include softball and volleyball. The Panthers compete in the NCAA Division II and are members of the Sunshine State Conference for most sports, except for the football team and track and field team, which compete in the Gulf South Conference and Peach Belt Conference, respectively.

The Drury Panthers are the athletic teams that represent Drury University, located in Springfield, Missouri, in NCAA Division II intercollegiate sports. The Panthers compete as members of the Great Lakes Valley Conference for all 18 varsity sports. Drury has been a member of the GLVC since 2005.

The 2007 SIU Edwardsville Cougars softball team represented Southern Illinois University Edwardsville during the 2007 NCAA Division II softball season. The Cougars, led by nineteenth year head coach Sandy Montgomery, played their home games at Cougar Field on the SIUE campus as a member of the Great Lakes Valley Conference (GLVC). They finished the season as the NCAA Division II National Champions. In July 2017, the team was elected to the SIUE Athletics Hall of Fame.

The Southern Indiana Screaming Eagles baseball program represents the University of Southern Indiana in the NCAA's Division II level. They have won the Division II Tournament national championship twice. The Screaming eagles play their home games at the 500 seat USI Baseball Field, and are coached by Tracy Archuleta.

The 2015 NCAA Division II baseball tournament decided the baseball champion of the NCAA Division II level for the 2014 season. The Screaming Eagles of the University of Southern Indiana won their second national championship as led by head coach Tracy Archuleta. The Screaming Eagles defeated the Mavericks of Colorado Mesa University in the national championship. Southern Indiana pitcher Matt Chavarria was named most outstanding player of the tournament.

Stanley Gouard is an American college basketball coach, currently head coach for the University of Southern Indiana (USI). Gouard also played for USI, where he was twice named NCAA Division II National Player of the Year.