The men's and women's cross country and track programs won the only national titles in school history and the NAIA men's national championship in 1975 and 1976 and winning the NCAA men's national championship in 1986, 1987, 1988, and 1990. Edinboro added women's lacrosse for the 2008 season. In accordance with Edinboro University's commitment to serving students with physical disabilities, it has one of the nation's best wheelchair basketball teams. [2] The team hosts an annual tournament, the Boro Shootout.

The cross country teams are the most successful athletic program at Edinboro and among the most consistent in Division II with 48 conference titles (30 men's & 18 women's). Formed in 1969 by legendary coach Doug Watts, the team quickly grew into a national powerhouse, winning 2 NAIA titles in 1975 and 1976. The program won 4 NCAA championships in 1986, 1987, 1988, and 1990. Under Watts, Edinboro would qualify the national meet for 31 straight years (1979-2009, a Division II record). He has also produced 4 individual national champions and multiple All-Americans. Watts served as head coach for 44 years before retiring in 2013. Rick Hammer took over the program for 3 years but left after a controversial firing. From 2016 to 2018, the team was then led by Ryan Foster. Since 2018, the program has been led by former Adams State assistant Clayton Foster (no relation to Ryan).

Edinboro has one of the premier Division I wrestling programs. Prior to moving to the Division I level in 1986, Edinboro was already a national power at the NAIA and NCAA Division II levels. Edinboro has been fortunate to be home of one of the greatest Olympic and amateur wrestlers in the world, Bruce Baumgartner. Baumgartner came to Edinboro in 1984 as an assistant coach, and was promoted to head coach in 1991. He guided the Fighting Scots to three top 15 finishes in the NCAA Division I Wrestling Championships. The team currently continues to excel as a top program. Baumgartner became the Director of Athletics in 1997. All in all, Edinboro's wrestling program has produced 120 Pennsylvania State Athletic Conference champions, 59 Eastern Wrestling League champions, 60 NCAA All-Americans, 4 NCAA Division I champions, 9 NCAA Division II and NAIA national champions, 2 USA Olympic team members, 17 Pennsylvania State Athletic Conference tournament team championships, and 14 Eastern Wrestling League tournament team championships.

Former head coach Tim Flynn led the Fighting Scots from 1998-2018. Tim Flynn was an All-American himself while in the NCAA at Penn State University in 1987, winning the EWL title and finishing seventh at Nationals. Flynn has received numerous awards for his accomplishments with the program such as: 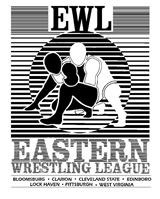 The Central Oklahoma Bronchos, often referred to as Central Oklahoma, Central State or UCO, are the intercollegiate athletic teams representing University of Central Oklahoma, located in Edmond, Oklahoma. The 14 men's and women's varsity teams are called the "Bronchos", with a unique use of the letter H. The school's identification as Bronchos dates back to 1922, when the wife of football coach Charles W. Wantland suggested it for the schools mascot. The official colors of the teams are bronze and blue, which the institution adopted in 1895. The Bronchos compete in the NCAA's Division II and in the Mid-America Intercollegiate Athletic Association in all sports except women's rowing, which will compete beginning in 2020 in the Great Northwest Athletic Conference. The Bronchos have won eighteen national championships, with the most recent coming in 2019 as the women's rowing program won the NCAA Division II Rowing Championship. The university's current athletic director is Eddie Griffin who has served in the position since 2017.

The Clarion Golden Eagles wrestling team represents Clarion University of Pennsylvania of Clarion, Pennsylvania. The squad is coached by Keith Feraro who replaced Troy Letters.. Letter's, replaced Matt Derlan, who is now the coach of the Binghamton Bearcats. Derlan replaced Teague Moore who left the Clarion collegiate wrestling program to become the head coach at American University. The Golden Eagles wrestle in the Mid-American Conference (MAC) and as of the 2018-2019 season participated in the Pennsylvania State Athletic Conference (PSAC) as well. The Eagles were members of the Eastern Wrestling League until the end of the 2018-2019 season when all members of the EWL accepted affiliate membership in the MAC for wrestling starting in the 2019-2020 season. They qualify for the NCAA Division I Wrestling Championships as Division I members of the MAC. The PSAC comprises both Division I and II squads. Notable former Golden Eagle wrestlers include national champions Wade Schalles and Kurt Angle, who after leaving Clarion would go on to win a gold medal in the 1996 Summer Olympics before embarking on a career in professional wrestling.

The North Georgia Nighthawks are the athletic teams that represent the University of North Georgia, located in Dahlonega, Georgia, in intercollegiate sports. The Nighthawks compete in NCAA Division II as members of the Peach Belt Conference in 12 of their 13 varsity sports; with rifle competing in the Division I Southern Conference. All 13 intercollegiate programs are hosted on the university's Dahlonega campus.