The city of Miami was granted one of the first four expansion teams of the WNBA in June 1999 along with Indianapolis, Seattle, and Portland. [1] In their short history, the Miami Sol was coached for three seasons by Ron Rothstein. [2] For their inaugural 2000 season, the Sol finished in sixth place in the Eastern Conference with an overall record of 13–19. [3]

Players such as Debbie Black, Elena Baranova, Sandy Brondello, Ruth Riley, and Sheri Sam led them to a 20–12 record and a trip to the playoffs in 2001, but lost in the first round to the New York Liberty in three games, the only playoff appearance in franchise history. [4] [5] After losing to the New York Liberty in the playoffs, the Miami Sol finished the 2002 season with a 15–17 record. [6]

That season proved to be the Sol's last. Citing the inability to raise enough funds to continue operation under the WNBA's new restructuring agreement, the organization ceased operations in November 2000. [7] The team formally folded in January 2003 after the WNBA announced players from both the Sol and Portland Fire would be placed in a spring dispersal draft. [8] The team finished with a .500 franchise record of 48 wins and 48 losses. The other Florida team, the Orlando Miracle, ceased operations after the 2002 season and was relocated to Connecticut as the Connecticut Sun, adopting a nickname and logo very similar to the Miami Sol. [8]

After the team's folding, its players found success elsewhere in the league. After being reassigned to the Detroit Shock, Ruth Riley won two WNBA championships in 2003 and 2006. Betty Lennox and Sandy Brondello won a WNBA championship with the Seattle Storm in 2004, with Lennox winning the WNBA Finals Most Valuable Player award.

The Sol's road uniforms were fiery red, with the team name emblazoned in white on the chest and a WNBA ball in place of the hole in the letter "O". The home jerseys featured the same design, only with the colors inverted.

The team's nickname, Sol, is Spanish and Portuguese for "sun" and was unveiled on January 7, 2000. [9] The name played off the Miami area's large Hispanic population and its "brother" NBA team, the Miami Heat. [9]

The New York Liberty is an American professional basketball team based in Brooklyn, New York City. The Liberty compete in the Women's National Basketball Association (WNBA) as part of the league's Eastern Conference. The team was founded in 1997 and is one of the eight original franchises of the league. The team is owned by Joe Tsai, the majority owner of the Brooklyn Nets. The team's home games are played at Barclays Center. 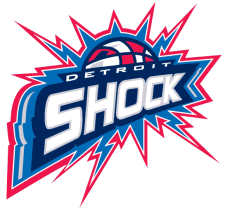 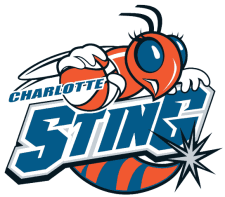 The Charlotte Sting was a Women's National Basketball Association (WNBA) team based in Charlotte, North Carolina, United States, one of the league's eight original teams. The team folded on January 3, 2007.

The Indiana Fever is an American professional basketball team based in Indianapolis, Indiana, playing in the Eastern Conference in the Women's National Basketball Association (WNBA). The team was founded before the 2000 season began. The team is owned by Herb Simon, who also owns the Fever's NBA counterpart, the Indiana Pacers, and Simon Malls. 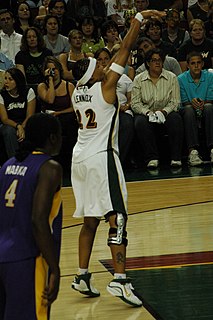 Elena Viktorovna Baranova is a retired Russian professional basketball player. She is a former Women's National Basketball Association (WNBA) player, where she became the first player from Europe in 1997 WNBA inaugural season, the first All-Star from Russia in 2001 and played for the New York Liberty until the 2005 season. 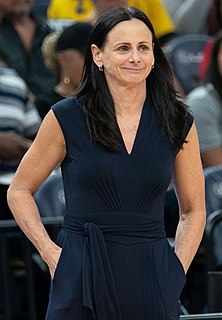 Sandra Anne "Sandy" Brondello is an Australian women's basketball coach, and the current head coach of the New York Liberty of the WNBA. Brondello played in Australia, Germany and the WNBA before retiring to become a coach. The 5 ft 7 in Brondello is one of Australia's all-time best shooting guards. She played on Australia's "Opals" national team at four Summer Olympics, and won three medals. She attended the Australian Institute of Sport in 1986–1987, and was inducted to the Australian Basketball Hall of Fame in 2010. 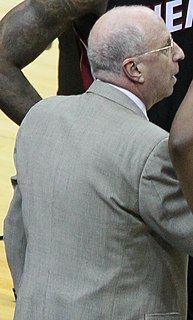 Ronald L. Rothstein is an American former professional basketball coach and college basketball player, who has led many different NBA teams. He served as the first head coach for the Miami Heat, and later coached the Detroit Pistons. He has also coached in the Women's National Basketball Association (WNBA). In 2007-08, he also filled in for Pat Riley as an interim coach for the Heat.

The 2010 San Antonio Silver Stars season was the 14th season overall for the franchise in the Women's National Basketball Association, and their 8th in San Antonio.

The 2000 WNBA season was the third for the Detroit Shock. The Shock were very close of making the playoffs, but they fell to the Washington Mystics in a tiebreaker.

Tony Fiorentino is an American television color commentator, most recently for the Miami Heat. Fiorentino has been involved with the Heat organization since it entered the NBA, joining the team in 1988 as an assistant coach under Ron Rothstein. He also served as an assistant coach for the Heat under Alvin Gentry and Pat Riley, and later served as an assistant coach with the Heat's WNBA sister team, the Miami Sol. He became the Heat's main television color commentator in 2004, replacing Mike Fratello. On June 9, 2017, The Miami Heat announced that Fiorentino would call his 15th and final season as the team's television analyst. On April 11, 2018, Fiorentino was honored in a halftime ceremony during the final regular season game against the Toronto Raptors. Fiorentino remains with the team, serving as both a Miami Heat Ambassador and as the Director for the franchise's very popular summer basketball camp program.

Pollyanna Casanga Johns Kimbrough, formerly Pollyanna Johns is an American former basketball player. She was born in Nassau, Bahamas, grew up in Jamaica and moved to the United States at age 13. She played for six seasons as a center and forward in the WNBA for the Charlotte Sting (1998), Cleveland Rockers, Miami Sol (2002), and Houston Comets (2004).

The Dallas Wings are an American basketball team based in Arlington, Texas. The Wings play in the Western Conference in the Women's National Basketball Association (WNBA). The team is owned by a group which is led by chairman Bill Cameron. Greg Bibb is president and CEO. Brad Hilsabeck joined the Dallas Wings ownership group in March 2019 with the acquisition of Mark Yancey’s interest in the Wings.

The Las Vegas Aces are an American professional basketball team based in Las Vegas metropolitan area. The Aces compete in the Women's National Basketball Association (WNBA) as a member club of the league's Western Conference. The team plays their home games at Michelob Ultra Arena in the Mandalay Bay Resort and Casino.

The 2022 WNBA season was the 25th season for the Phoenix Mercury of the Women's National Basketball Association. The season began on May 6, 2022, against the Las Vegas Aces and ended in the 1st round of the WNBA Playoffs against the same team. The season was marred by a number of issues, including injuries and the absence of Brittney Griner, who was detained in Russia on drug charges.