Michael Deanailo Westbrook (born July 7, 1972) is a former American college and professional football player who was a wide receiver in the National Football League (NFL) and is also a former mixed martial artist. Westbrook played college football for the University of Colorado, and was recognized as an All-American. He was drafted in the first round of the 1995 NFL Draft, and played professionally for the Washington Redskins and Cincinnati Bengals of the NFL. After retiring from football, he later competed as a mixed martial arts fighter in the heavyweight division.

Westbrook was born in Detroit, Michigan. He attended Chadsey High School in Detroit, and played for the Chadsey Explorers high school football team.

Westbrook attended the University of Colorado at Boulder, where he played for the Colorado Buffaloes football team from 1991 to 1994. As a senior in 1994, he was the receiver in the play known as "The Miracle against Michigan," a Hail Mary pass from Buffaloes quarterback Kordell Stewart to beat the Michigan Wolverines in the final seconds of the game. [1] At the conclusion of the season, he was recognized as a consensus first-team All-American, and was the recipient of the Paul Warfield Trophy as the best college wide receiver in the nation.

The Washington Redskins selected Westbrook in the first round (fourth overall pick) of the 1995 NFL Draft, [2] and played for seven seasons in Washington, before playing the 2002 season with the Cincinnati Bengals.

In August 1997, the Redskins fined Westbrook $50,000 for punching a teammate, running back Stephen Davis, an incident caught by TV news cameras. [3]

While injuries hampered Westbrook for much of his NFL career, he played all 16 games in 1999 en route to achieving career highs in receptions (65), yards (1,191), and touchdowns (nine). Westbrook finished his career with 285 receptions for 4,374 yards and 26 touchdowns. He also rushed 22 times for 160 yards and one touchdown.

Westbrook practiced martial arts during his football playing career, and entered Brazilian Jiu-Jitsu after retirement from the NFL in 2002. He has won national and Pan-American events as a brown belt. In 2008, he won the International Brazilian Jiu-Jitsu Federation ("IBJJF") World Championship at purple belt. [5]

As a mixed martial artist, Westbrook competes in the heavyweight (206-265 lbs.) division. He fought once in 2005 and defeated fellow NFL veteran Jarrod Bunch in the main event of a King of the Cage event in Cleveland, Ohio. [6] [7] After the Bunch fight, Westbrook was inactive for four years; and his return to professional MMA was less successful than his debut. In February, 2009, Travis Browne defeated Westbrook in San Bernardino, California, by technical knockout in the third round. [8] In July 2009, Westbrook squared off against Nick Gaston in the main event of a King of the Cage card in Lac du Flambeau, Wisconsin. [9] One minute into the fight, Gaston struck Westbrook in the groin with a knee strike, and Westbrook could not continue. The fight was ruled a no contest. [10]

José Mário Sperry is a Brazilian heavyweight mixed martial artist. His specialty is Brazilian jiu-jitsu, grappling and ground fighting. He is also one of the founders of the Brazilian Top Team, where he trained fighters such as Antônio Rodrigo Nogueira, Antônio Rogério Nogueira, Ricardo Arona, and Paulo Filho, among others.

Roger Gracie Gomes is a Brazilian Jiu-Jitsu practitioner and a retired mixed martial artist. A member of the Gracie family, he is the son of Reila Gracie and Mauricio Motta Gomes. Roger was awarded his black belt by his cousin Renzo Gracie at the behest of Carlos Gracie, Jr. whilst training in New York in 2003. He is currently a fourth degree black belt. Roger Gracie is the founder and head instructor at The Roger Gracie Academy located in Hammersmith, London, England. Notable Black belt promotions include Raymond Stevens, Nicolas Gregoriades and Kywan Gracie Behring. Roger is the former ONE World Cruiserweight Champion.

Marcio Ribeiro da Cruz is a Brazilian Jiu-Jitsu practitioner and mixed martial artist. In Jiu-Jitsu, he is a 5th degree black belt under Carlos Gracie Jr. and is a six-time IBJJF Mundials World Champion, five-time IBJJF Brazilian Nationals Champion, eight-time IBJJF Pan-American Champion, 2003 ADCC World Champion, two-time Abu Dhabi World Jiu Jitsu Legends Champion and UFC Veteran Fighter. His nickname "Pé de Pano" was given to him by his friends at the Gracie Barra academy in Rio and it is the Portuguese version of the name of Woody Woodpecker's horse, SugarFoot. He competed in the UFC and also had a one fight stint as an alternate for the New York Pitbulls of the International Fight League. 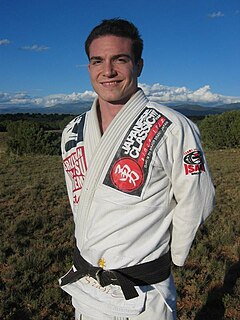 Alberto Lewis Crane is an American mixed martial artist. He currently fights as a lightweight. He has fought in the Ultimate Fighting Championship and is a former King of the Cage and Ring of Fire lightweight champion. 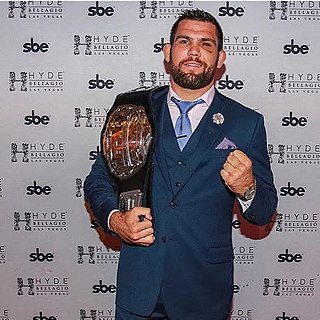 Robert Lewis Drysdale is a Brazilian-American Brazilian jiu-jitsu 4th degree black belt under Léo Vieira, a retired mixed martial artist and an instructor at his own BJJ academy, "Drysdale Jiu-Jitsu". Having won multiple World Championships, he was referred to by Vice magazine as "America's jiu-jitsu superhero", regarded by BJJ Heroes as "the most accomplished American Grappler of his generation" and as the best Submission Wrestler in the World by Gracie Magazine.

Fabiano Scherner is a German-Brazilian professional mixed martial artist and Brazilian jiu-jitsu black belt. He has fought in Cage Rage, IFL and the Ultimate Fighting Championship. Scherner is a Brazilian Jiu-Jitsu competitor who won multiple championships on an international and world stage in senior and master divisions, although not in the adult divisions.

Chris "The Westside Strangler" Brennan is an American mixed martial artist who last competed in the Welterweight division. A professional competitor from 1994 until 2012, he competed for the UFC, PRIDE, Cage Rage, King of the Cage and Shooto. He is a former King of the Cage Middleweight Champion and former King of the Cage Middleweight Superfight Champion. He is also one of 18 fighters to compete in the -77 kg division at the ADCC Submission Wrestling World Championships in 2005. Chris was also the founder of Nogi Industries, a Mixed martial arts clothing company. In 2014 Chris was inducted in to the Mixed Martial Arts Hall of Fame. Chris is the owner and founder of Next Generation MMA. After retiring from MMA competition Chris switched his focus back to grappling events and also entered and won the No-Gi Black Belt World Championships in 2013, 2014, and 2015. He was also the 2014 Nogi Pan American Champion. 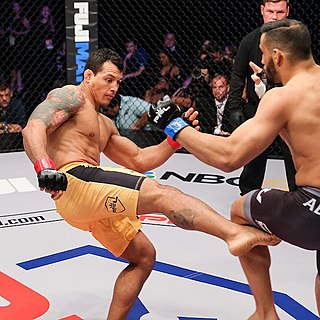 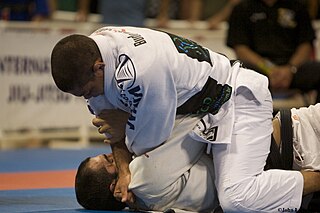 Marcos Oliveira is a professional Brazilian jiu-jitsu and mixed martial arts fighter from Brazil. He competes in the division.

Tim Carpenter is an American mixed martial artist who last competed in 2012. 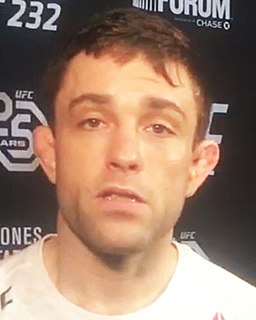 Ryan Christopher Hall is an American black belt and instructor in Brazilian jiu-jitsu, and a professional mixed martial artist currently competing in the featherweight division of the Ultimate Fighting Championship (UFC). He is known for a number of competitive achievements, ranging from Mundial and ADCC victories to dozens of Grapplers Quest championships. He is the winner of The Ultimate Fighter Season 22. 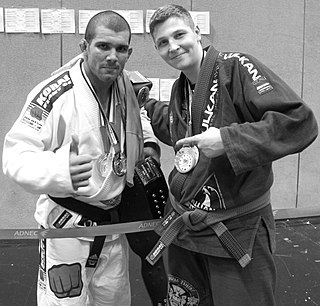 Rodolfo Vieira is a Brazilian mixed martial artist currently signed with the Ultimate Fighting Championship, where he competes in the middleweight division.

Jayson Patino is an American Brazilian Jiu Jitsu practitioner who holds a black belt under Ricardo Liborio of American Top Team. He is known for his competitive achievements in FILA Pankration Submission, ADCC, IBJJF, and other grappling tournaments. He is also owner of American Top Team East Orlando.

Herbert Mitchell Pontes Burns is a Brazilian mixed martial artist currently competing in the Featherweight division of the Ultimate Fighting Championship. He is the younger brother of fellow UFC fighter, Gilbert Burns.