The Minister of Finance is the head of the Ministry of Finance and Economic Affairs of the Government of Tanzania.

Tanzania officially the United Republic of Tanzania, is a country in eastern Africa within the African Great Lakes region. It borders Uganda to the north; Kenya to the northeast; Comoro Islands at the Indian Ocean to the east; Mozambique and Malawi to the south; Zambia to the southwest; and Rwanda, Burundi, and the Democratic Republic of the Congo to the west. Mount Kilimanjaro, Africa's highest mountain, is in north-eastern Tanzania.

The United Republic of Tanzania is the second largest economy in the East African Community and the twelfth largest in Africa. The country is largely dependent on agriculture for employment, accounting for about half of the employed workforce. An estimated 34 percent of Tanzanians currently live in poverty. The economy has been transitioning from a command economy to a market economy since 1985. Although total GDP has increased since these reforms began, GDP per capita dropped sharply at first, and only exceeded the pre-transition figure in around 2007. 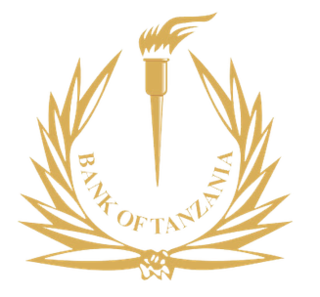 The Bank of Tanzania is the central bank of the United Republic of Tanzania. It is responsible for issuing the national currency, the Tanzanian shilling.

Kivukoni meaning 'A crossing from a to b' in the Kiswahili language is one of Ilala district's wards in the coastal city of Dar es Salaam in Tanzania. 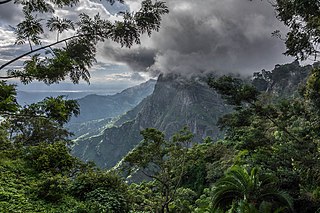 Tanga Region is one of the 31 administrative regions of Tanzania. It is bordered by Kenya and Kilimanjaro Region to the north; Manyara Region to the west; and Morogoro and Pwani regions to the south. Its eastern border is formed by the Indian Ocean. It has a population of about two million.

There are currently over 50,000 people of Indian origin in Tanzania. Many of them are traders and they control a sizeable portion of the Tanzanian economy. Indians have a long history in Tanzania starting with the arrival of Gujarati traders in the 19th century. They came to gradually control the trade in Zanzibar. Many of the buildings constructed then still remain in Stone Town, the focal trading point on the island.

Russia–Tanzania relations refers to the bilateral foreign relations between the two countries, Russia and Tanzania. Both countries have signed diplomatic missions on December 11, 1961 Russia has an embassy in Dar es Salaam, and Tanzania has an embassy in Moscow. Bilateral relations are stable, friendly nature. In the political field practice exchange of messages at the highest levels, for a political dialogue. In June 1995, a Protocol on ministerial consultations, the next round of which was held in May 2009 in Dar es Salaam. In July 2003, made a working visit to Russia on the Tanzanian Foreign Minister Dr.Kikwete. In July 2008, on the summit of the "eight" in Toyako (Japan) held a brief conversation with President Medvedev Dzh.Kikvete Tanzania. In July 2008, Dar es Salaam visited the President of the Supreme Court of the Russian Federation VM Lebedev. Signed an agreement on cooperation between the Supreme Court of Russia and the Court of Appeal of Tanzania. In February and July 2011, the United Republic of Tanzania as a representative of the President of the Russian Federation visited the Director General of the State Corporation "Rosatom" Sergey Kiriyenko, who held talks with the President of Tanzania Dr.Kikwete, Prime Minister M.Pinda, Minister of Natural Resources and Tourism E. MIGA on the participation of Russian companies in the development of uranium deposits "Mkuzhu river." In response to the explosion of ammunition in army warehouses air base near g.Dar es Salaam that occurred February 17, 2011 and had a loss of life - dozens of people were killed, over 400 injured and thousands of Tanzanians are still homeless, Russian President D. A. Medvedev sent a message of condolences to the President Dr.Kikwete. The Russian government has decided to provide urgent humanitarian assistance to Tanzania, which arrived in Dar es Salaam in March 2011, the Russian Emergency Situations Ministry special flight and included tents, blankets and food. Turnover in 2010, according to the Federal Customs Service of Russia totaled 89.7 million. Russia exports ferrous metals, machinery and equipment, fertilizers, imports nuts, cashew, tea, coffee and spices. In Tanzania, the registered number of joint enterprises with Russian capital, engaged primarily in exploration and shipping. Russian companies participate in an international consortium, which received a contract to build a refinery in Tanzania and pipeline (1200 km) at an estimated cost of $ 4 billion, however, due to financial problems the project has not yet implemented. In March 2005, an agreement on cooperation between the Russian Chamber of Commerce and the Tanzania Chamber of Commerce, Industry and Agriculture. In November 2009 in Dar es Salaam and Zanzibar the bilateral trade and economic forum, which was attended by representatives of a number of large Russian companies and the leadership of many Tanzanian firms. In September 2010, Moscow hosted an expert consultation between the two countries on the use of debt to Russia Tanzania to finance development projects in the ORT, which resulted in the agreed parties initialed a draft intergovernmental agreement. In 2007, 10 employees of the Ministry of Public Security of Tanzania were trained in courses Russian Interior Ministry. The 2010/2011 academic year, Russia provided Tanzania 15 state scholarships, accepted to study four Tanzanians. 23 people - on the commercial line.

The Ministry of Infrastructure Development of Tanzania is responsible for coordinating and financing the development of the infrastructure of the country. Its mandate includes marine, aviation, roads, and other construction projects, and its responsibilities include working with the National Assembly in creating budgets and long-term project planning. 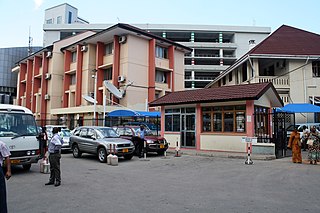 The Ministry of Education and Vocational Training was a government body responsible for providing education in Tanzania. The head offices were located in Dar es Salaam. Under President John Magufuli's first cabinet, the ministry was amalgamated with other functions to form the new Ministry of Education, Science, Technology and Vocational Training. 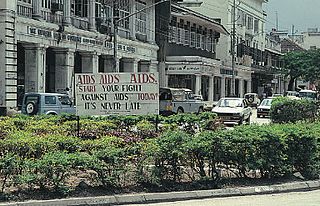 Tanzania has a hierarchical health system which is in tandem with the political administrative hierarchy. At the bottom there are the dispensaries found in every village where the village leaders have a direct influence in its running. The health centres are found at ward level and the health centre in charge is answerable to the ward leaders. At the district there is a district hospital and at regional level a regional referral hospital. The tertiary level is usually the zone hospitals and at national level there is the national hospital. There are also some specialized hospitals which do not fit directly into this hierarchy and therefore are directly linked to the ministry of health.

Water supply and sanitation in Tanzania is characterised by: decreasing access to at least basic water sources in the 2000s, steady access to some form of sanitation, intermittent water supply and generally low quality of service. Many utilities are barely able to cover their operation and maintenance costs through revenues due to low tariffs and poor efficiency. There are significant regional differences and the best performing utilities are Arusha and Tanga.

Lazaro Samuel Nyalandu is a Tanzanian politician, former member of the Chama Cha Mapinduzi and former Minister of Natural Resources and Tourism. He represented the Singida North constituency in the National Assembly since 2000.. He is currently a member of CHADEMA, an opposition party in Tanzania.

Zakia Hamdani Meghji is a Tanzanian politician who served as the Minister of Finance from 2006 to 2008. She was the first woman to hold this post. She also served as a Tourism minister, still the longest serving Tourism Minister in the country, who brought many positive changes in the Ministry.

Philip Mpango is the current Minister of Finance of Tanzania, in office since 2015.

Kibaha Education Centre (KEC) is an education institution located in Kibaha in Tanzania. It Is situated at 6°47'22.2"S, 38°58'28.7"E in Kibaha municipal council. KEC was established in 1963 under the co-sponsorship o five countries, the government of Tanganyika on one side as well as four Nordic countries. Before handing over to the Tanzania government in 1970, KEC was known as the Nordic-Tanganyika project.