Minister of Industry and Trade (Tanzania)

Previously, the industry and trade portfolios existed under separate ministries before being amalgamated into its present form.

The Ministry of Industry and Trade is a government ministry of Tanzania. Its offices are located in Dar es Salaam. The Minister is Kitila Mkumbo. 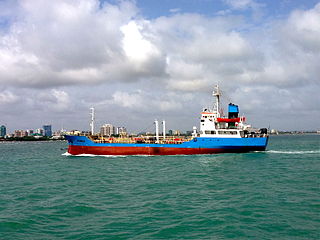 Tanzania Ports Authority (TPA) is a parastatal public corporation acting under the aegis of the Ministry of Infrastructure Development, that has the responsibility "to manage and operate" the ocean ports and lake ports of the country of Tanzania. The Tanzania Ports Authrorty headquarters are located in Kurasini Dar es Salaam. It is a member of the Port Management Association of Eastern and Southern Africa.

Samia Suluhu Hassan is a Tanzanian politician who is serving as the sixth and current president of Tanzania. She is a member of the ruling social-democrat Chama Cha Mapinduzi (CCM) party. Suluhu is the third female head of government of an East African Community (EAC) country, after Sylvie Kinigi in Burundi and Agathe Uwilingiyimana in Rwanda, and is also the first female president of Tanzania. She took office on 19 March 2021 after the death of President John Magufuli on 17 March 2021. 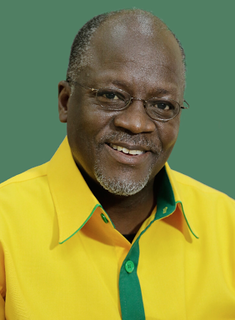 John Pombe Joseph Magufuli was the fifth president of Tanzania, serving from 2015 until his death in 2021. He served as Minister of Works, Transport and Communications from 2000 to 2005 and 2010 to 2015 and was chairman of the Southern African Development Community from 2019 to 2020.

Kassim Majaliwa Majaliwa is a Tanzanian politician who has been Prime Minister of Tanzania since 2015. He was appointed by President John Magufuli after the 2015 general election. He is a member of the ruling Chama Cha Mapinduzi party and has been a Member of Parliament for Ruangwa constituency since 2010.

George Boniface Taguluvala Simbachawene is a Tanzanian CCM politician and Member of Parliament for Kibakwe constituency since 2005.

Charles John Tizeba is a Tanzanian CCM politician and Member of Parliament for Buchosa constituency since 2010. He was the Deputy Minister of Transport. He was later appointed minister of agriculture.

The Ministry of Energy and Minerals was the government ministry of Tanzania responsible for facilitating the development of the energy and mineral sectors.

The Ministry of Constitution and Legal Affairs is a government ministry of Tanzania that was formed in 2006. The ministry is responsible for creating and promoting good governance, justice, and equality by ensuring universal access to legal services.

Faustine Engelbert Ndugulile is a Tanzanian CCM politician and Member of Parliament for Kigamboni constituency since 2010.

Charles John Poul Mwijage is a Tanzanian CCM politician and Member of Parliament for Muleba North constituency since 2010. He served as the Minister of Industries, Trade and Investment in the Cabinet of Tanzania. 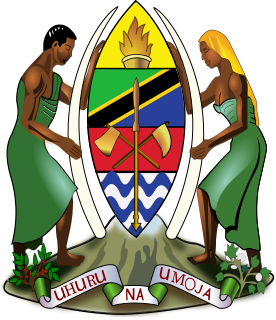 The Magufuli Cabinet was formed by President of Tanzania John Magufuli after taking the oath of office on 5 November 2015. Magufuli won the 2015 general election with 58% of the vote in a tightly contested race against ex-CCM Chadema rival Edward Lowassa. After being sworn in on 5 November 2015, Magufuli announced his cabinet almost a month later, on 10 December 2015. He reduced the cabinet to 19 ministers from 30 in the previous cabinet. The Second Cabinet's tenure was cut short on 19 March 2021, following the death of President John Magufuli, and the swearing-in of Samia Suluhu Hassan as the new president.

Stella Ikupa Alex, is a Tanzanian accountant and politician, who is a member of the ruling Chama Cha Mapinduzi (CCM) party. She is the current Deputy Minister in the office of the Prime Minister of Tanzania, responsible for the disabled. She also serves as a Member of Parliament, having been appointed to a special seat in 2015. 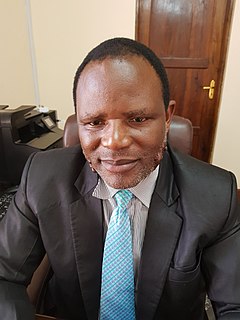 Japhet Ngailonga Hasunga is a Tanzanian politician through CCM and Member of Parliament for Vwawa constituency since 2015. 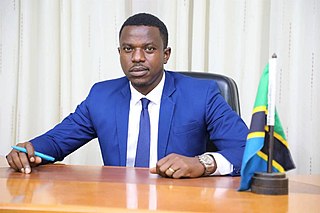 Innocent Lugha Bashungwa is a Tanzanian Minister of Information, Culture, Arts and Sports and a member of the Chama Cha Mapinduzi political party. He was elected MP representing Karagwe in 2015.

Joseph George Kakunda is a Tanzanian politician and a member of the Chama Cha Mapinduzi political party. He was elected MP representing Sikonge in 2015. He was appointed Minister of Industry, Trade and Investment on November 10, 2018 by President John Magufuli and on November 13, 2018 he was officially sworn in. He was sacked by Magufuli on June 8 2019, and replaced by Innocent Bashungwa.

General elections were held in Tanzania on 28 October 2020 to elect the President and National Assembly. The presidential election was won by incumbent John Magufuli of the Chama Cha Mapinduzi party.