The Model Parliament is the term, attributed to Frederic William Maitland, used for the 1295 Parliament of England of King Edward I.

This assembly included members of the clergy and the aristocracy, as well as representatives from the various counties and boroughs. Each county returned two knights, two burgesses were elected from each borough, and each city provided two citizens. That composition became the model for later parliaments, hence the name. [1]

A similar scheme had been used in summoning Simon de Montfort's Parliament in 1265, but it had been called by Simon de Montfort in the midst of the Second Barons' War against Henry III of England. The same scheme was remarkably adopted by a king who was Henry's son and heir although he had quelled Montfort's uprising.

Edward I summoned the parliament to meet at Westminster on 13 November 1295. [2] In calling the parliament, Edward proclaimed in his writ of summons that "what touches all, should be approved of all (Latin : Quod omnes tangit ab omnibus approbari debet), and it is also clear that common dangers should be met by measures agreed upon in common". [3]

Parliament's legislative authority was then limited, and its primary role was to levy taxes. Edward's paramount goal in summoning the parliament was to raise funds for his wars, specifically the planned campaigns against the French and the Scots for the forthcoming year and countering an insurgency in Wales. That "sound finance" by taxation was a goal of summoning the parliament but was tied into "counsel" to the king and "the element of service" for feudalism. [1]

However, the resulting parliament became a model for a new function as well, the addressing of grievances with the king. "The elected members were far more anxious to establish the second function: to discuss grievances. A kind of quid pro quo was looked for: money for the Scottish campaign of 1296 would be forthcoming if certain grievances were addressed. This consciousness was growing, even if all was still in an embryonic state". [4] The concept of "Parliament" was in fact such that the division into House of Commons and House of Lords had not yet taken place. The Model Parliament was unicameral and summoned 49 lords to sit with 292 representatives of the Commons. [5]

The Model Parliament created a precedent in which each "successor of a baron" (which includes Lords Spiritual) who received a writ to the parliament of 1295 "had a legal right to receive a writ". [1] However, that strictly-hereditary right was not recognised formally until 1387. [1]

A writ of summons is a formal document issued by the monarch that enables someone to sit in a Parliament under the United Kingdom's Westminster system. At the beginning of each new Parliament, each person who has established his or her right to attend Parliament is issued a writ of summons. Without the writ, s/he is unable to sit or vote in Parliament. 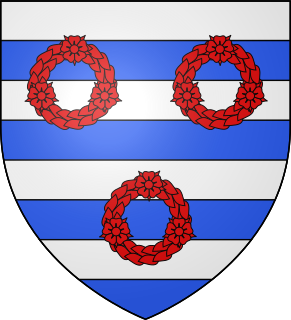 The title Baron Greystock has been created twice in the Peerage of England. It was first created when John de Greystock was summoned to parliament in 1295.

The Provisions of Oxford were constitutional reforms developed during the Oxford Parliament of 1258 to resolve a dispute between King Henry III of England and his barons. The reforms were designed to ensure the king adhered to the rule of law and governed according to the advice of his barons. A council of fifteen barons was chosen to advise and control the king and supervise his ministers. Parliament was to meet regularly three times a year. 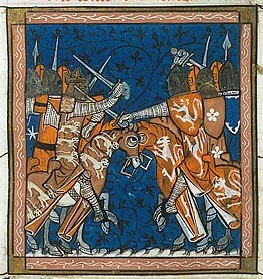 The Second Barons' War (1264–1267) was a civil war in England between the forces of a number of barons led by Simon de Montfort against the royalist forces of King Henry III, led initially by the king himself and later by his son, the future King Edward I. The barons sought to force the king to rule with a council of barons, rather than through his favourites. The war also involved a series of massacres of Jews by de Montfort's supporters, including his sons Henry and Simon, in attacks aimed at seizing and destroying evidence of baronial debts. To bolster the initial success of his baronial regime, de Montfort sought to broaden the social foundations of parliament by extending the franchise to the commons for the first time. However, after a rule of just over a year, de Montfort was killed by forces loyal to the king at the Battle of Evesham.

A writ in acceleration, commonly called a writ of acceleration, is a type of writ of summons that enabled the eldest son and heir apparent of a peer with more than one peerage to attend the British or Irish House of Lords, using one of his father's subsidiary titles, during his father's lifetime. This procedure could be used to bring younger men into the Lords and increase the number of capable members in a house that drew on a very small pool of talent.

This article augments the List of parliaments of England to be found elsewhere and to precede Duration of English, British and United Kingdom parliaments from 1660, with additional information which could not be conveniently incorporated in them. 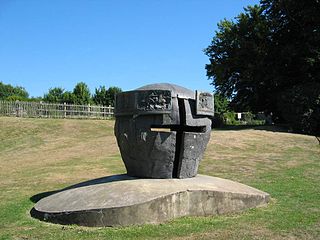 Baron Dynham is a title which has been used twice in the English peerage, for:

John Marmion, Baron Marmion of Winteringham was an Anglo-Norman baron who represented Lincolnshire in Parliament and fought in the Wars of Scottish Independence.