The Moran family is an infamous Melbourne, Australia-based criminal family of Irish ancestry, [1] notable for their involvement in the Melbourne gangland killings. Family matriarch Judy Moran lost two sons, Jason and Mark, estranged husband Lewis, and brother-in-law Des to an underworld feud that resulted in the deaths of over 30 criminals.

Members of the Moran family include:

Lewis Moran was the patriarch and father of Jason Moran. On 31 March 2004 he was shot dead in a club on Sydney Road, Brunswick. [2] At the time of his death he was on bail facing drug trafficking charges. Police had unsuccessfully attempted to keep Lewis Moran imprisoned due to concerns for his safety.

Judy Moran is the matriarch of the family. She was first married to Leslie John Cole, who was shot dead in Boronia Street, Kyle Bay, Sydney during a gangland conflict on 10 November 1982. [3] [4] Judy Moran was divorced from Cole at the time of his death and had begun a relationship with Lewis Moran. Though she legally assumed the surname of Moran, she and Lewis Moran were never married.

On 16 June 2009, Judy Moran and three others were arrested in relation to the murder of Desmond Moran, Lewis's brother, in Ascot Vale on 15 June 2009. Judy Moran was subsequently charged with being an accessory after the fact and remanded into custody. [5] On the night of 16 June her home in Ascot Vale was set on fire in an apparent arson attack. [6]

Desmond "Tuppence" Moran, the brother of Lewis Moran, [1] had publicly claimed to be out of the criminal business. [8] On 17 March 2009 at about 8.50pm (AEDT), he was the target of an unsuccessful assassination attempt outside his home in Langs Road, Ascot Vale. As he sat in his car, a single bullet struck the steering wheel and was deflected from the driver. Moran was in the passenger seat, and witnesses claim to have seen the would-be killer fleeing immediately after firing the single shot. [9]

At about midday (AEST) on 15 June 2009, Moran was shot dead outside the Ascot Pasta and Deli Cafe on Union Road in Ascot Vale. [10] On 16 June, Judy Moran and three others were arrested for his murder. The others arrested included Suzie Kane, sister-in-law of Judy Moran's deceased son, Jason Moran. Judy Moran and Kane were subsequently charged with being an accessory after the fact. [11] On 9 March 2011, Judy was found guilty of his murder and 10 August 2011 she was sentenced to 26 years' imprisonment for his murder. [7]

Mark Moran (born Mark Cole) was the son of Judy Moran and her first husband, Leslie Cole. On 15 June 2000, Mark Moran was killed by two bullets as he was getting into his car outside his luxury home in Aberfeldie. [2]

Jason Moran was imprisoned on assault-related charges for a brawl in a King Street Nightclub. Alphonse Gangitano was also charged but was murdered before sentencing. Jason Moran was considered a person of interest in Gangitano's murder.

On 21 June 2003, Jason Moran and associate Pasquale Barbaro were shot by a lone gunman whilst watching a Saturday morning Auskick Australian rules football clinic his children were attending. [2] Police feared the murder of Jason Moran would lead to further violence in the Melbourne underworld war. [1]

The family's activities are the primary plot of the controversial television series Underbelly . [12] [13]

Jason Matthew Patrick Moran was an Australian criminal from Melbourne, and one of the leaders of the Moran family, notable for its involvement in the Melbourne gangland killings. He sported a 12 cm scar on the side of his face.

Alphonse John Gangitano was an Australian criminal from Melbourne, Victoria. Nicknamed the "Black Prince of Lygon Street", Gangitano was the face of an underground organisation known as the Carlton Crew. He was also an associate of alleged organised crime bosses Tom Domican (Sydney) and John Kizon (Perth).

Graham Allen Kinniburgh was an Australian organised crime figure from Kew, a suburb of Melbourne. He became a victim of the Melbourne gangland killings, which were dramatised in the drama series Underbelly.

Lewis Moran was an Australian organized crime figure and patriarch of the infamous Moran family of Melbourne, Victoria, Australia. Notable for his involvement in the Melbourne gangland killings, Moran was shot dead in The Brunswick Club Hotel in Melbourne on 31 March 2004. His murder occurred one week after the funeral of fellow Melbourne underworld criminal and suspected hitman Andrew Veniamin.

Carl Anthony Williams was an Australian convicted murderer and drug trafficker from Melbourne, Victoria. He was the central figure in the Melbourne gangland killings as well as its final victim. 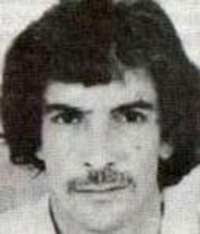 Keith George Faure, from Norlane, Victoria, is an Australian career criminal, convicted of multiple murders and manslaughters. He is currently serving life imprisonment with a minimum non-parole period of 19 years for his role in two murders related to the Melbourne gangland killings. Faure's criminal history includes further convictions for armed robbery and breaking and entering.

Victor George Peirce was an Australian criminal from Melbourne, Victoria. Peirce was a member of the Pettingill family, which was headed by matriarch and former Richmond brothel owner Kath Pettingill.

Domenic "Mick" Gatto is an Australian businessman who is widely suspected of being involved in the Melbourne underworld. Gatto is a professional mediator within the Victorian building industry; and a debt collector. Gatto was named as a standover man during the Royal Commission into the Building and Construction Industry.

Mark Anthony John Moran was an Australian organized crime figure of the infamous Moran family from Melbourne, Victoria, notable for its involvement in the illegal drug trade and the Melbourne gangland killings. Moran, aged 35, was shot dead outside his Aberfeldie home, allegedly by Carl Williams, just after 8 pm on 15 June 2000.

Dino Dibra was an Australian suspected murderer and a victim of the Melbourne gangland killings.

Judith Maryanne Moran is the matriarch of the Moran criminal family of Melbourne, Victoria, Australia, involved in the Melbourne gangland killings.

The Carlton Crew is a criminal organisation based in Melbourne, Victoria, Australia, which was formed in the late 1970s and named after the Melbourne suburb in which it is based, Lygon Street, Carlton, commonly called "Little Italy". The organisation was a fierce rival to the Honoured Society and the Calabrese Family, both of which were Calabrian 'Ndrangheta groups also based in Melbourne, and were additionally allies of the mostly Irish Moran family. The Carlton Crew had a strong role in the infamous Melbourne gangland killings. 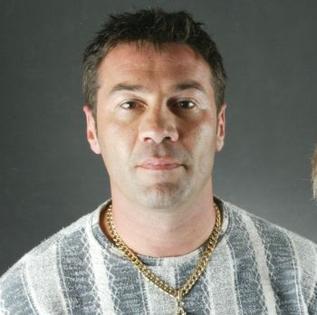 Evangelos "Ange" Goussis is an Australian former boxer and kickboxer from Geelong, Victoria, and is a multiple murderer, guilty of the murders of two victims of the Melbourne gangland killings.

Leslie Herbert Kane was an Australian gangster who lived in Melbourne, Australia. He became a member of the Federated Union of Painters and Dockers at the age of fourteen. By the time of Kane's death, he had appeared in court 27 times as the accused.

Underbelly Files: Chopper is an Australian mini-series that screened on the Nine Network, premiering on 11 February 2018 and concluding the next day. It is part of the Underbelly franchise and continues the Underbelly Files spin-off tele-movies. It was preceded by The Man Who Got Away, Tell Them Lucifer was Here and Infiltration.