Last updated February 03, 2023
Highest-ranking bishop in Christianity
This article is about the title in Christianity. For other uses, see Patriarch (disambiguation).

The highest-ranking bishops in Eastern Orthodoxy, Oriental Orthodoxy, the Catholic Church (above major archbishop and primate), the Hussite Church, Church of the East, and some Independent Catholic Churches are termed patriarchs (and in certain cases also popes – such as the Pope of Rome or Pope of Alexandria, and catholicoi – such as Catholicos Karekin II). [1]

Originally, a patriarch was a man who exercised autocratic authority as a pater familias over an extended family. [9] The system of such rule of families by senior males is termed patriarchy. Historically, a patriarch has often been the logical choice to act as ethnarch of the community identified with his religious confession within a state or empire of a different creed (such as Christians within the Ottoman Empire). The term developed an ecclesiastical meaning within Christianity. The office and the ecclesiastical circumscription of a Christian patriarch is termed a patriarchate .

Abraham, Isaac, and Jacob are referred to as the three patriarchs of the people of Israel, and the period during which they lived is termed the Patriarchal Age. The word patriarch originally acquired its religious meaning in the Septuagint version of the Bible. [10]

In the Catholic Church, the bishop who is head of a particular autonomous church, known in canon law as a church sui iuris, is ordinarily a patriarch, though this responsibility can be entrusted to a major archbishop, metropolitan, or other prelate for a number of reasons. [11]

Since the Council of Nicaea, the bishop of Rome has been recognized as the first among patriarchs. [12] That council designated three bishops with this 'supra-Metropolitan' title: Rome, Alexandria, and Antioch. In the Pentarchy formulated by Justinian I (527–565), the emperor assigned as a patriarchate to the Bishop of Rome the whole of Christianized Europe (including almost all of modern Greece), except for the region of Thrace, the areas near Constantinople, and along the coast of the Black Sea. He included in this patriarchate also the western part of North Africa. The jurisdictions of the other patriarchates extended over Roman Asia, and the rest of Africa. Justinian's system was given formal ecclesiastical recognition by the Quinisext Council of 692, which the see of Rome has, however, not recognized.

There were at the time bishops of other apostolic sees that operated with patriarchal authority beyond the borders of the Roman Empire, such as the Catholicos of Selucia-Ctesephon.

Today, the patriarchal heads of Catholic autonomous churches are: [13]

Four more of the Eastern Catholic Churches are headed by a prelate known as a "Major Archbishop," [15] a title essentially equivalent to that of Patriarch and originally created by Pope Paul VI in 1963 for Josyf Slipyj: [16]

Within their proper sui iuris churches there is no difference between patriarchs and major archbishops. However, differences exist in the order of precedence (i.e. patriarchs take precedence over major archbishops) and in the mode of accession. Whereas the election of a major archbishop has to be confirmed by the pope before he may take office, [17] no papal confirmation is needed for a newly elected patriarch before he takes office. Rather, a newly installed patriarch is required to petition the pope as soon as possible for the concession of what is called ecclesiastical communion. [18] [19] Furthermore, patriarchs who are created cardinals form part of the order of cardinal bishops, whereas major archbishops are only created cardinal priests.

Minor patriarchs do not have jurisdiction over other metropolitan bishops. The title is granted purely as an honor for various historical reasons. They take precedence after the heads of autonomous churches in full communion, whether pope, patriarch, or major archbishop.

The pope can confer the rank of patriarch without any see, upon an individual archbishop, as happened on 24 February 1676 to Alessandro Crescenzi, of the Somascans, former Latin Titular Patriarch of Alexandria (19 January 1671 – retired 27 May 1675), who nevertheless resigned the title on 9 January 1682.

"Patriarch of the West"

Main article: Patriarch of the West

In theological and other scholarly literature of the Early Modern period, the title "Patriarch of the West" (Latin: Patriarcha Occidentis; Greek: Πατριάρχης τῆς Δύσεως) was mainly used as designation for the jurisdiction of the Bishop of Rome over the Latin Church in the West. From 1863 to 2005, the title "Patriarch of the West" was appended to the list of papal titles in the Annuario Pontificio , which in 1885 became a semi-official publication of the Holy See. This was done without historical precedent or theological justification: There was no ecclesiastical office as such, except occasionally as a truism: the patriarch of Rome, for the Latin Church, was the only patriarch, and the only apostolic see, in the "west".

The title was not included in the 2006 Annuario. On 22 March 2006, the Pontifical Council for Promoting Christian Unity offered an explanation for the decision to remove the title. It stated that the title "Patriarch of the West" had become "obsolete and practically unusable" when the term the West comprises Australia, New Zealand and North America in addition to Western Europe, and that it was "pointless to insist on maintaining it" given that, since the Second Vatican Council, the Latin Church, for which "the West" is an equivalent, has been organized as a number of episcopal conferences and their international groupings. [20]

Patriarchs outside the Eastern Orthodox Communion

Church of the East

Main articles: Nestorianism, List of Patriarchs of the Church of the East, and Catholicos of the East (disambiguation)

Catholicose of the East is the title that has been held by the ecclesiastical heads of the Church of the East, the Grand Metropolitan of Seleucia-Ctesiphon, since AD. 280.

The title of "Patriarch" is assumed also by the leaders of certain Christian denominations, who are seldom in communion with none of the historic Christian Churches. Many, but not necessarily all such patriarchs are church leaders of the following Churches:

In the Latter Day Saint movement, a patriarch is one who has been ordained to the office of patriarch in the Melchizedek priesthood. The term is considered synonymous with the term evangelist, a term favored by the Community of Christ. In the Church of Jesus Christ of Latter-day Saints, one of the patriarch's primary responsibilities is to give patriarchal blessings, as Jacob did to his twelve sons according to the Old Testament. Patriarchs are typically assigned in each stake and possess the title for life.

The term patriarch has also been used for the leader of the extinct Manichaean religion, initially based at Ctesiphon (near modern-day Baghdad) and later at Samarkand. 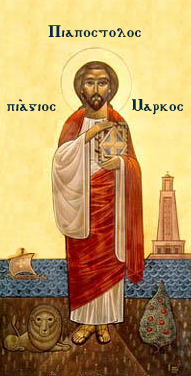 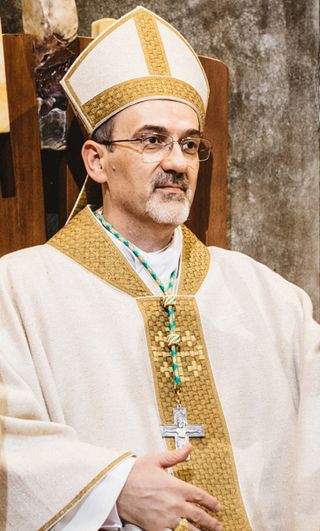 Patriarch of Antioch is a traditional title held by the bishop of Antioch. As the traditional "overseer" of the first gentile Christian community, the position has been of prime importance in Pauline Christianity from its earliest period. This diocese is one of the few for which the names of its bishops from the apostolic beginnings have been preserved. Today five churches use the title of patriarch of Antioch: one Oriental Orthodox ; three Eastern Catholic ; and one Eastern Orthodox. 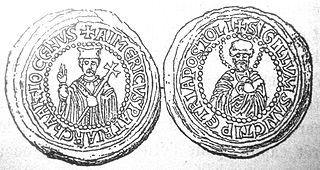 The Latin patriarch of Antioch was a prelate of the Latin Church created in 1098 by Bohemond I of Taranto, founder of the Principality of Antioch, one of the crusader states.

Catholicos, plural Catholicoi, is a title used for the head of certain churches in some Eastern Christian traditions. The title implies autocephaly and in some cases it is the title of the head of an autonomous church. The word comes from ancient Greek καθολικός, pl. καθολικοί, derived from καθ' ὅλου from κατά and ὅλος, meaning "concerning the whole, universal, general"; it originally designated a financial or civil office in the Roman Empire.

Pentarchy is a model of Church organization formulated in the laws of Emperor Justinian I (527–565) of the Roman Empire. In this model, the Christian church is governed by the heads (patriarchs) of the five major episcopal sees of the Roman Empire: Rome, Constantinople, Alexandria, Antioch, and Jerusalem. 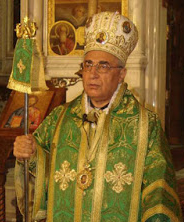 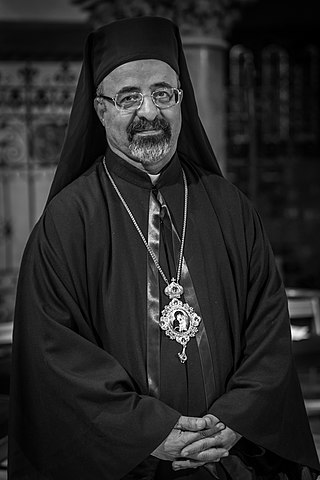 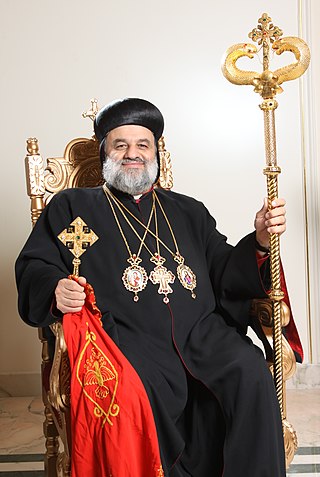