Percent of Christian population that is: [1]

This is a list of Christian denominations by number of members. It is inevitably partial and generally based on claims by the denominations themselves. The numbers should therefore be considered approximate and the article an ongoing work-in-progress.

The list includes the following Christian denominations: the Catholic Church including the Eastern Catholic Churches; all the Eastern Orthodox and Oriental Orthodox churches with some recognition and their offshoots; Protestant denominations with at least 0.2 million members; all the other Christian branches with distinct theologies, such as Restorationist and Nontrinitarian denominations; the independent Catholic denominations; and the Church of the East. With an estimated 2.42 or 2.3 billion adherents in 2015, [2] [3] [4] Christianity is the largest religious group in the world, and in 2020 there were about 2.6 billion adherents globally. [5]

(Not shown are non-Nicene, nontrinitarian, and some restorationist denominations.)

Catholicism is the largest branch of Christianity with 1.345 billion, and the Catholic Church is the largest among churches. [6] Figures below are in accordance with the Annuario Pontificio , at 2019. [6] The total figure does not include independent denominations that self-identify as Catholic, numbering some 18 million adherents.

Various denominations that self-identify as Catholic, despite not being affiliated with the Catholic Church. [16]

Protestantism is the second largest major group of Christians by number of followers. Estimates vary from 800 million to 1 billion, or between 31% and 38% of all Christians. [24] [25] [26] [27] [28] [29] [30] The main reason for this wide range is the lack of a common agreement among scholars as to which denominations constitute Protestantism. For instance, most sources but not all include Anabaptism, Anglicanism, Baptists and Independent Nondenominational Christianity as part of Protestantism. [31] Moreover, Protestant denominations altogether do not form a single structure comparable to the Catholic Church, or to a lesser extent the Eastern Orthodox communion. However, several different comparable communions exist within Protestantism, such as the World Evangelical Alliance, Anglican Communion, World Communion of Reformed Churches, World Baptist Alliance, World Methodist Council and the World Lutheran Federation. Regardless, 900 million is the most accepted figure among various authors and scholars, and thus is used in this article. Note that this 900 million figure also includes Anglicanism, as well as Anabaptists, Baptists and multiple other groups that might sometimes disavow a common "Protestant" designation, and would rather prefer to be called, simply, "Christian". [24]

The number of individuals who are members of historical Protestant Churches totals to 300-500 million. [26]

There are about 110 million Christians in Anglican tradition, [32] [33] mostly part of the Anglican Communion, the third-largest Christian communion in the world, with 42 members (provinces).

The number of adherents in the Lutheran denomination totals to 70-90 million persons (the Lutheran World Federation reports 77 million, and is the sixth largest communion), [82] being represented in the following churches: [26] [83]

The Methodist movement is represented by 60–80 million people (a figure including adherents but non-members), found in denominations including the following; [26] [192] the World Methodist Council is the fifth largest communion. [193]

The denominations listed below did not emerge from the Protestant Reformation of the 16th century or its commonly acknowledged offshoots. Instead, they are broadly linked to Pentecostalism or similar other independent evangelical and revivalistic movements that originated in the beginning of the 20th century. [219] For this reason, several sources tend to differentiate them from Protestants and classify them together as Independents, Non-core Protestants etc. Also included in this category are the numerous, yet very similar Nondenominational churches. Nonetheless, sources eventually combine their numbers to the Protestant tally. [24] [25] Despite the absence of centralized control or leadership, if considered as a single cohort, this will easily be the second largest Christian tradition after Roman Catholicism. [220] [221] [222] According to the Center for the Study of Global Christianity (CSGC), there are an estimated 450 million Independents world-wide, as of mid-2019. [223]

Those who are members of the Pentecostal denomination number around 280 million people. [26]

The New Apostolic Church has around 10 million members. [239]

Messianic Judaism has a membership of 0.3 million people. [240]

The Oriental Orthodox Churches are those descended from those that rejected the Council of Chalcedon in 451. Despite the similar name, they are therefore a different branch of Christianity from the Eastern Orthodox (see above). There are an estimated 62 million Oriental Orthodox Christians, worldwide. [267] [268] [269]

Churches not in communion – 0.07 million

A sixth group is composed by Nontrinitarian Restorationists. These groups are quite distinct from orthodox Trinitarian restorationist groups such as the Disciples of Christ, despite some shared history. 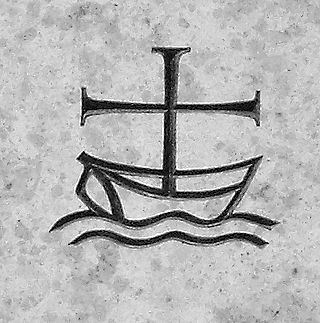 A Christian denomination is a distinct religious body within Christianity that comprises all church congregations of the same kind, identifiable by traits such as a name, particular history, organization, leadership, theological doctrine, worship style and sometimes a founder. It is a secular and neutral term, generally used to denote any established Christian church. Unlike a cult or sect, a denomination is usually seen as part of the Christian religious mainstream. Most Christian denominations self-describe themselves as churches, whereas some newer ones tend to interchangeably use the terms churches, assemblies, fellowships, etc. Divisions between one group and another are defined by authority and doctrine; issues such as the nature of Jesus, the authority of apostolic succession, biblical hermeneutics, theology, ecclesiology, eschatology, and papal primacy may separate one denomination from another. Groups of denominations—often sharing broadly similar beliefs, practices, and historical ties—are sometimes known as "branches of Christianity". These branches differ in many ways, especially through differences in practices and belief.

Open communion is the practice of some Protestant Churches of allowing members and non-members to receive the Eucharist. Many but not all churches that practice open communion require that the person receiving communion be a baptized Christian, and other requirements may apply as well. In Methodism, open communion is referred to as the open table, meaning that all may approach the Communion table. 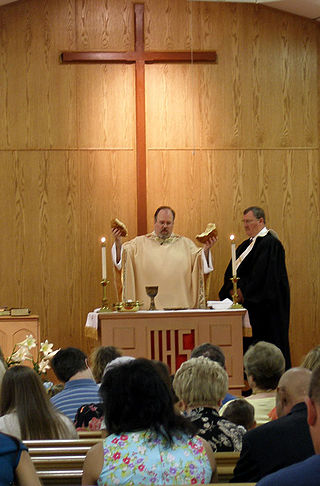 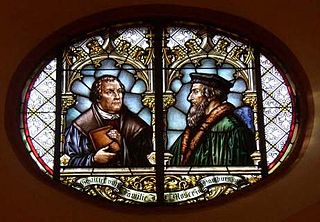 A united church, also called a uniting church, is a church formed from the merger or other form of church union of two or more different Protestant Christian denominations. 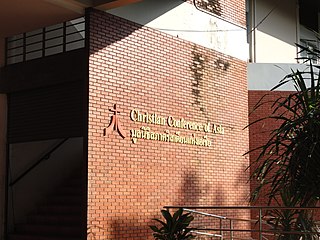 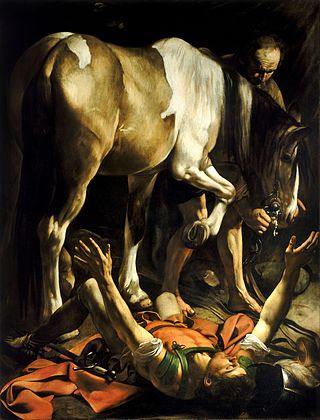 Conversion to Christianity is the religious conversion of a previously non-Christian person to Christianity. Different Christian denominations may perform various different kinds of rituals or ceremonies initiation into their community of believers. The most commonly accepted ritual of conversion in Christianity is through baptism, but this is not universally accepted among them all. A period of instruction and study almost always ensues before a person is formally converted into Christianity and becomes a church member, but the length of this period varies, sometimes as short as a few weeks and possibly less, and other times, up to as long as a year or possibly more. 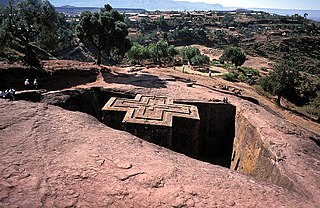 Christianity in Africa first arrived in Egypt in approximately 50 AD, reached the region around Carthage by the end of the second century. In the 4th century, the Aksumite empire in modern-day Ethiopia and Eritrea became one of the first regions in the world to adopt Christianity as their official religion. The Nubian kingdoms of Nobatia, Makuria and Alodia followed two centuries later. Important Africans who influenced the early development of Christianity include Tertullian, Perpetua, Felicity, Clement of Alexandria, Origen of Alexandria, Cyprian, Athanasius and Augustine of Hippo.

Christianity is the most prevalent religion in the United States. Estimates from 2021 suggest that of the entire US population about 63% is Christian. The majority of Christian Americans are Protestant Christians, though there are also significant numbers of American Roman Catholics and other minority Christian denominations such as Latter-day Saints, Orthodox Christians and Jehovah's Witnesses. The United States has the largest Christian population in the world and, more specifically, the largest Protestant population in the world, with nearly 210 million Christians and, as of 2021, over 140 million people affiliated with Protestant churches, although other countries have higher percentages of Christians among their populations. The Public Religion Research Institute's "2020 Census of American Religion", carried out between 2014 and 2020, showed that 70% of Americans identified as Christian during this seven-year interval. In a 2020 survey by the Pew Research Center, 65% of adults in the United States identified themselves as Christians. They were 75% in 2015 70.6% in 2014, 78% in 2012, 81.6% in 2001, and 85% in 1990. About 62% of those polled claim to be members of a church congregation. "In God We Trust" is the modern official motto of the United States, as established in a 1956 law signed by President Dwight D. Eisenhower. The phrase first appeared on U.S. coins in 1864.

Protestantism is a branch of Christianity that follows the theological tenets of the Protestant Reformation, a movement that began seeking to reform the Catholic Church from within in the 16th century against what its followers perceived to be errors, abuses, and discrepancies within it.

The Spanish Evangelical Church is a united denomination; Presbyterians, Methodists, Lutherans, Congregationalists participated in the merger. It was established in the wake of religious tolerance in Spain in 1869. The first General Assembly was in Seville in 1872, where the name of the Spanish Christian Church was adopted, later changed to the current name. 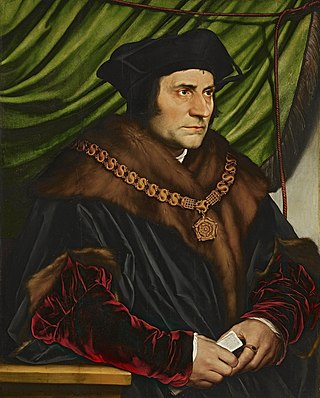