The Annuario Pontificio (Italian for Pontifical Yearbook) is the annual directory of the Holy See of the Catholic Church. It lists the popes in chronological order and all officials of the Holy See's departments. It also provides names and contact information for all cardinals and bishops, the dioceses (with statistics about each), the departments of the Roman Curia, the Holy See's diplomatic missions abroad, the embassies accredited to the Holy See, the headquarters of religious institutes (again with statistics on each), certain academic institutions, and other similar information. The index includes, along with all the names in the body of the book, those of all priests who have been granted the title of "Monsignor".

The red-covered yearbook, compiled by the Central Office of Church Statistics and published by Libreria Editrice Vaticana, is mostly in Italian. The 2015 edition had more than 2,400 pages and cost €78. [1]

A yearbook of the Catholic Church was published, with some interruptions, from 1716 to 1859 by the Cracas printing firm in Rome, under the title Information for the Year ... ( Italian : Notizie per l'Anno ...) From 1851, a department of the Holy See began producing a different publication called Hierarchy of the Holy Roman Catholic Apostolic Church Worldwide ( Italian : Gerarchia della Santa Chiesa Cattolica Apostolica Romana in Tutto L'Orbe), which took the title Annuario Pontificio in 1860 but ceased publication in 1870. This was the first yearbook published by the Holy See itself, but its compilation was entrusted to the newspaper Giornale di Roma . The Monaldi Brothers (Italian : Fratelli Monaldi) began in 1872 to produce their own yearbook entitled The Catholic Hierarchy and the Papal Household for the Year ... ( Italian : La Gerarchia Cattolica e la Famiglia Pontificia per l'Anno ...).

The Vatican Press took over the Gerarchia Cattolica in 1885, thus making it a semi-official publication. It bore the indication "official publication" from 1899 to 1904, but this ceased when, giving the word "official" a more restricted sense, the Acta Sanctae Sedis, forerunner of the Acta Apostolicae Sedis , was declared the only "official" publication of the Holy See. In 1912, it resumed the title Annuario Pontificio. From 1912 to 1924, it included not only lists of names, but also brief illustrative notes on departments of the Roman Curia and on certain posts within the papal court, a practice to which it returned in 1940.

For some years, beginning in 1898, the Maison de la Bonne Presse publishing house of Paris produced a similar yearbook in French called Annuaire Pontifical Catholique, not compiled by the Holy See. This contained much additional information, such as detailed historical articles on the Swiss Guards and the Papal Palace at the Vatican.

Many churches try to obtain accurate ecclesiastical statistics by actively counting their congregants. The Annuario Pontificio superseded the French Annuaire pontifical catholique in providing global statistics on the Roman Catholic Church and arranges such data by diocese; the Statistical Yearbook of the Church arranges the same data by country and continent. [4]

According to the Annuario Pontificio 2012 the statistical data given in the yearbook regarding archdioceses and dioceses are furnished by the diocesan curias concerned and reflect the diocesan situation on 31 December of the year prior to the date on the yearbook, unless there is another indication. The data recorded are shown in the following order next to these abbreviations:

Pope Gregory XII, born Angelo Corraro, Corario, or Correr, was the Roman claimant to the headship of the Catholic Church from 30 November 1406 to 4 July 1415. Reigning during the Western Schism, he was opposed by the Avignon pope Benedict XIII and the Pisan popes Alexander V and John XXIII. Gregory XII wanted to unify the Church and voluntarily abdicated in 1415 to end the Schism. 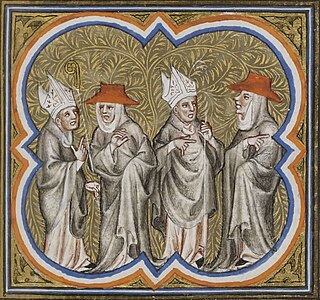 The Western Schism, also known as the Papal Schism, the Vatican Standoff, the Great Occidental Schism, or the Schism of 1378, was a split within the Catholic Church lasting from 1378 to 1417 in which bishops residing in Rome and Avignon both claimed to be the true pope, and were joined by a third line of Pisan popes in 1409. The schism was driven by personalities and political allegiances, with the Avignon papacy being closely associated with the French monarchy. These rival claims to the papal throne damaged the prestige of the office.

Monsignor is an honorific form of address for some members of the clergy, usually of the Roman Catholic Church. Unlike the rank of bishop or cardinal, and despite having distinctive garb and headgear, "Monsignor" is a form of address, not an appointment. Properly speaking, one cannot be "made a monsignor" or be "the monsignor of a parish". The title or form of address is associated with certain papal awards, which Pope Paul VI reduced to three classes: those of Protonotary Apostolic, Honorary Prelate, and Chaplain of His Holiness.

Domenico Antonio Luigi Pacifico Nicola Baldassare Consolini was an Italian bishop and cardinal, who served as a diplomat of the Holy See. 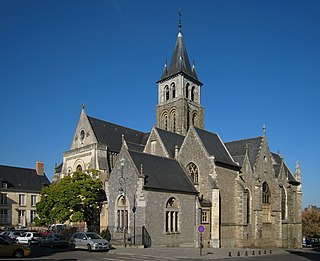 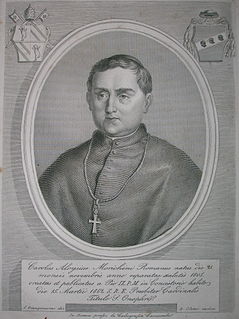 The numbering of "popes John" does not occur in strict numerical order. Although there have been twenty-one legitimate popes named John, the numbering has reached John XXIII because of two errors that were introduced in the Middle Ages. First, antipope John XVI was kept in the numbering sequence instead of being removed. Then, the number XX was skipped because pope John XXI counted John XIV twice. 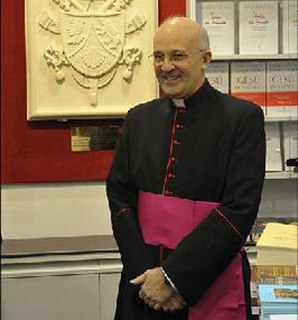