The Vatican Observatory (Italian : Specola Vaticana) is an astronomical research and educational institution supported by the Holy See. Originally based in the Roman College of Rome, the Observatory is now headquartered in Castel Gandolfo, Italy and operates a telescope at the Mount Graham International Observatory in the United States. [1]

The Church has had a long-standing interest in astronomy, due to the astronomical basis of the calendar by which holy days and Easter are determined. For instance, the Gregorian Calendar, promulgated in 1582 by Pope Gregory XIII, was developed by Aloysius Lilius and later modified by Christoph Clavius at the Collegio Romano from astronomical data. The Gregorian Tower was completed in 1580 for his purpose, designed by Bolognese architect Ottaviano Nonni.

In the 18th century, the Papacy actively supported astronomy, establishing the Observatory of the Roman College in 1774. In 1789–1787, the Specola Vaticana in the Tower of the Winds within the Vatican was established under the direction of Msgr. Filippo Luigi Gilii (1756–1821). When Msgr. Gilii died, the Specola was closed down because it was inconvenient for students in the city because the dome of St. Peter's obstructed its view. Its instruments were transferred to the College Observatory. A third facility, the Observatory of the Capitol, was operated from 1827 to 1870.

In 1891, however, Pope Leo XIII issued a Motu Proprio re-founding the Specola Vaticana (Vatican Observatory) and a new observatory was built on the walls at the edge of the Vatican. [3] The new Vatican Observatory remained there for the next forty years.

In the late nineteenth-century the Vatican Observatory was part of a group of top astronomy institutions from around the world which worked together to create a photographic "Celestial Map" ("Carte du Ciel") and an "astrographic" catalog pinpointing the stars' positions. Italian astronomer Father Francesco Denza led the Vatican's contribution to the project until his death in 1894. In the early twentieth-century Father John Hagen took over the project and recruited a group of nuns from the Sisters of the Holy Child Mary to work on the necessary recording and calculations. The sisters were Sisters Emilia Ponzoni, Regina Colombo, Concetta Finardi and Luigia Panceri. [4] [5]

By the 1930s, the smoke and sky-glow of the city had made it impossible to conduct useful observations in Rome. [1] Pope Pius XI relocated the Observatory to Castel Gandolfo, which is 25 kilometres (16 mi) southeast of Rome. By 1961, the same problems with light pollution made observing difficult at Castel Gandolfo. The Observatory then established the Vatican Observatory Research Group (VORG), with offices at the Steward Observatory of the University of Arizona in Tucson, Arizona. [1]

D.K.J. O'Connell produced the first color photographs of a green flash at sunset in 1960. [6] In 1993, VORG completed construction of the 1.8 metres (71 in) Vatican Advanced Technology Telescope, which is at Mount Graham near Safford, Arizona.

The Observatory's headquarters remain in Italy at Castel Gandolfo. In early 2008, the Vatican announced that the Observatory would be relocated to a former convent a mile away from the castle as part of a general reconstruction of the Papal residence. Its former space would be used to provide more room for the reception of diplomatic visitors.The old quarters in the castle were cramped and very poorly laid out for the Observatory's use. VORG research activities in Arizona continued unaffected. 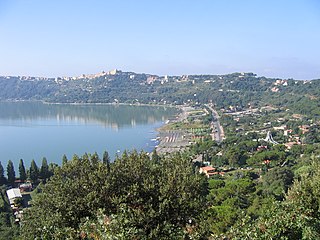 Angelo Secchi was an Italian Catholic priest, astronomer by the Italian region of Emilia. He was director of the observatory at the Pontifical Gregorian University for 28 years. He was a pioneer in astronomical spectroscopy, and was one of the first scientists to state authoritatively that the Sun is a star.

The 1.8 meter Alice P. Lennon Telescope and its Thomas J. Bannan Astrophysics Facility, known together as the Vatican Advanced Technology Telescope (VATT), is a Gregorian telescope observing in the optical and infrared situated on Mount Graham in southeast Arizona, United States. It achieved its first light in 1993. 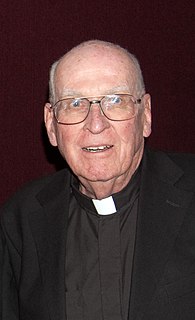 George Vincent Coyne, S.J. was an American Jesuit priest and astronomer who directed the Vatican Observatory and headed its research group at the University of Arizona from 1978 to 2006. From January 2012 until his death, he taught at Le Moyne College in Syracuse, New York. His career was dedicated to the reconciliation of theology and science, while his stance on scripture was absolute: "One thing the Bible is not," he said in 1994, "is a scientific textbook. Scripture is made up of myth, of poetry, of history. But it is simply not teaching science."

The Astronomical Observatory of Capodimonte is the Neapolitan department of Istituto Nazionale di Astrofisica, the most important Italian institution promoting, developing and conducting scientific research in the fields of astronomy, astrophysics, and space science.

Johann (John) Georg Hagen was an Austrian Jesuit priest and astronomer. After serving as Director of the Georgetown University Observatory he was called to Rome by Pope Pius X in 1906 to be the first Jesuit director of the new Vatican Observatory. Father Hagen was also the spiritual director of Maria Elizabeth Hesselblad (1870-1957), who was baptized by him on August 15, 1902 and eventually was canonized on June 5, 2016 by Pope Francis.

Giuseppe Lazzarotto KC*HS is an Italian prelate of the Catholic Church who worked in the diplomatic service of the Holy See from 1971 to 2017, with the rank of apostolic nuncio and an archbishop since 1994.

José Gabriel Funes, S.J. is an Argentine Jesuit priest and astronomer. He was the Director of the Vatican Observatory from August 19, 2006 until September 18, 2015, when he was succeeded by Pope Francis's appointment of the Reverend Brother Guy Consolmagno, S.J. Funes serves on the Advisory Council of METI.

The Roman College was a school established by St. Ignatius of Loyola in 1551, just 11 years after he founded the Society of Jesus (Jesuits). It quickly grew to include classes from elementary school through university level and moved to several successive locations to accommodate its burgeoning student population. With the patronage of Pope Gregory XIII, the final seat of the Roman College was built in 1584 near the center of Rome's most historic Pigna district, on what today is called Piazza del Collegio Romano, adding the church of St. Ignatius in 1626, and a renowned observatory in 1787. The college remained at this location for 286 years until the revolutionary Capture of Rome in 1870.

William R. Stoeger SJ was an American astronomer and theologian. 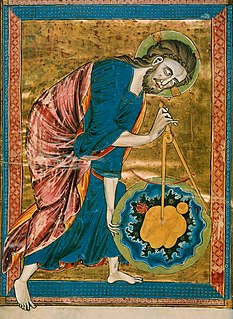 The relationship between science and the Catholic Church is a widely debated subject. Historically, the Catholic Church has been a patron of sciences. It has been prolific in the foundation and funding of schools, universities, and hospitals, and many clergy have been active in the sciences. Historians of science such as Pierre Duhem credit medieval Catholic mathematicians and philosophers such as John Buridan, Nicole Oresme, and Roger Bacon as the founders of modern science. Duhem found "the mechanics and physics, of which modern times are justifiably proud, to proceed by an uninterrupted series of scarcely perceptible improvements from doctrines professed in the heart of the medieval schools." Yet, the conflict thesis, a theory rejected by basically all historians of science, and other critiques emphasize the historical or contemporary conflict between the Catholic Church and science, citing, in particular, the trial of Galileo as evidence. For its part, the Catholic Church teaches that science and the Christian faith are complementary, as can be seen from the Catechism of the Catholic Church which states in regards to faith and science:

Though faith is above reason, there can never be any real discrepancy between faith and reason. Since the same God who reveals mysteries and infuses faith has bestowed the light of reason on the human mind, God cannot deny himself, nor can truth ever contradict truth. ... Consequently, methodical research in all branches of knowledge provided it is carried out in a truly scientific manner and does not override moral laws, can never conflict with the faith, because the things of the world and the things of faith derive from the same God. The humble and persevering investigator of the secrets of nature is being led, as it were, by the hand of God despite himself, for it is God, the conserver of all things, who made them what they are.

The Gregorian Tower or Tower of the Winds is a square tower and early modern observatory located above the Gallery of Maps, which connects the Villa Belvedere with the Apostolic Palace in Vatican City. The tower was built between 1578 and 1580 to a design by the Bolognese architect Ottaviano Mascherino mainly to promote the study of astronomy for the Gregorian Calendar Reform which was commissioned by Pope Gregory XIII and promulgated in 1582. It was then also known as the Tower of Winds. The tower was also called "Specola Astronomica Vaticana", a reference to the Vatican Observatory. Four stages of progressive development have occurred since it was first established. The tower was an edifice of great value for astronomical observations made using a sundial as they provided essential confirmation of the need to reform the Julian calendar.

Michael Wallace Banach is an American prelate of the Catholic Church who works in the diplomatic service of the Holy See.

Giuseppe De Andrea was an Italian-born prelate of the Catholic Church who spent twenty years as a pastor in the United States and then twenty-five years in the diplomatic service of the Holy See.