The Apostolic Camera (Latin : [Reverenda] Camera Apostolica), formerly known as the Papal Treasury, is an office in the Roman Curia. It was the central board of finance in the Papal administrative system and at one time was of great importance in the government of the States of the Church, and in the administration of justice, [1] led by the Camerlengo of the Holy Roman Church.

Since the middle of the 12th century the Papal chamberlain (camerarius domini papae) was a regular member of the Curia, entrusted with the financial management of the papal court. At that early period the income of the papal treasury came chiefly from many kinds of census, dues, and tributes paid in from the territory subject to the Pope, and from churches and monasteries immediately dependent on him. Cencius Camerarius (later Pope Honorius III, 1216–27) made in 1192 a new inventory of all these sources of papal revenue, known as the Liber Censuum. The previous list dated back to Gelasius I (492-496) and Gregory I (590-604), and was based on lists of the incomes accruing from the patrimonies, or landed property of the Roman Church. [1]

In the 13th century the Apostolic Camera entered on a new phase of development. The collection of the crusade taxes, regularly assessed after the time of Innocent III (1198-1216), imposed new duties on the papal treasury, to which were committed both the collection and distribution of these assessments. Moreover, during the course of this century the system of payment in kind was transformed into the monetary system, a process considerably influenced by the administration of the papal finances. The servitia communia of bishops and abbots (see Annates) were regulated at fixed sums. The income regularly yielded by them to the Curia is by no means small. To these were to be added the annates, taken in the narrower sense, especially the great universal reservations made since the time of Clement V and John XXII, the extraordinary subsidies, moreover, levied since the end of the thirteenth century, the census, and other assessments. The duties of the Apostolic Camera were thus constantly enlarged. For the collection of all these moneys it employed henceforth a great number of agents known as collectores. [1]

With time the importance of this central department of finance became more marked. The highest administrative officers were always the chamberlain (camerarius) and the treasurer (thesaurarius) — the former regularly a bishop, the latter often of the same rank. Next in order came the clerics of the Camera (clerici cameræ), originally three or four, afterwards as many as ten. Next to these was the judge ( auditor ) of the Camera. The two first-named formed with the clerics of the Camera its highest administrative council; they controlled and looked closely to both revenues and expenses. In their service were a number of inferior officials, notaries, scribes, and messengers. The more absolute system of ruling the Church which developed after the beginning of the 16th century, as well as the gradual transformation in the financial administration, modified in many ways the duties of the Apostolic Camera. The Camerarius (camerlengo, chamberlain) became one of the highest officers in the government of the Papal States, until the beginning of the 19th century, when new methods of administration called for other officials. [1]

In 1870 what remained of the Papal States was annexed to the Kingdom of Italy and ceased to exist, replaced by the diminutive Vatican City: the Apostolic Camera ceased almost entirely to exercise any practical influence on the papal administration, and the income of the papal treasury since chiefly derived from Peter's-pence and other donations contributed by the faithful, the Camera lost its practical importance as a board of finance, for the revenue known as Peter's-pence is managed by a special commission. The officials who since constituted the camera — the cardinal-camerlengo, the vice-camerlengo, the auditor, the general treasurer (an office unoccupied since 1870) and seven cameral clerics — hold in reality quasi-honorary offices. [1]

The Officials of the Apostolic Camera are:

Palatinus, Latin for "palatial", were designations for various ecclesiastical offices in the Catholic Church, primarily of certain high officials in the papal court.

A chamberlain is a senior royal official in charge of managing a royal household. Historically, the chamberlain superintends the arrangement of domestic affairs and was often also charged with receiving and paying out money kept in the royal chamber. The position was usually honoured upon a high-ranking member of the nobility (nobleman) or the clergy, often a royal favourite. Roman emperors appointed this officer under the title of cubicularius. The papal chamberlain of the Pope enjoys very extensive powers, having the revenues of the papal household under his charge. As a sign of their dignity, they bore a key, which in the seventeenth century was often silvered, and actually fitted the door-locks of chamber rooms. Since the eighteenth century, it has turned into a merely symbolic, albeit splendid, rank-insignia of gilded bronze. In many countries there are ceremonial posts associated with the household of the sovereign.

Francesco Roberti was an Italian Cardinal of the Roman Catholic Church. He served as Prefect of the Apostolic Signatura in the Roman Curia from 1959 to 1969, and was elevated to the cardinalate in 1958. He was also known for his work in moral theology. 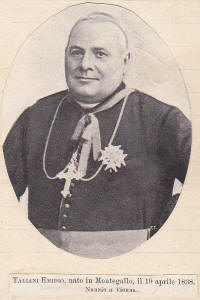 Emidio Taliani was an Italian Cardinal of the Roman Catholic Church. He served as Nuncio to Austria from 1896 to 1903, and was elevated to the cardinalate in 1903. 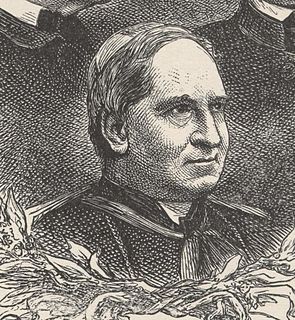 Gaetano Aloisi Masella was an Italian Cardinal of the Roman Catholic Church. He was elevated to the cardinalate in 1887 and served as Prefect of the Congregation of Rites from 1899 until his death.

Pierre de Murat de Cros, O.S.B., was a French monk of aristocratic origins who became a cardinal of the Avignon Obedience during the Great Schism, as well as the Archbishop of Arles and the Chamberlain of the Apostolic Camera. Refusing from the day of his election to support Bartolomeo Prignano after the Papal Conclave of 1378, de Cros played a critical role in delivering a considerable portion of the Roman Curia to the rival claimant Robert of Geneva, who took the name Clement VII. Historian Daniel Williman calls Murat de Cros's actions a "counter-coup".

Giambattista Orsini was an Italian Roman Catholic cardinal. He served as papal legate to the Marches of Ancona. 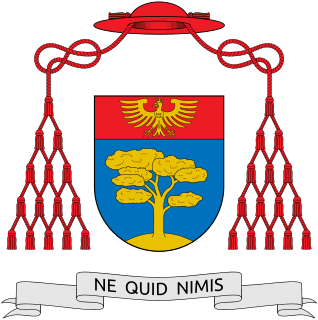 Juan Gálvez was a Roman Catholic prelate who served as Bishop of Terracina, Priverno e Sezze (1500–1507).