Last updated July 29, 2020
Not to be confused with Coptic Orthodox Church of Alexandria.
Eastern Catholic particular church which uses the Alexandrian Rite

The current Coptic Catholic Patriarch of Alexandria is Ibrahim Isaac Sidrak, who replaced Antonios Naguib in 2013. The offices of the patriarchate are located in Cairo. The patriarchal Cathedral of Our Lady of Egypt is in Nasr City, a suburb of Cairo.

In the 17th century, missionaries, primarily Franciscans, started to come to the Copts. In 1630, a Cairo mission of the Capuchin Order was founded. The Jesuits came in 1675. [3] In 1713, the Coptic Patriarch of Alexandria again submitted to Rome but, as in 1442, the union was not of long duration. [4]

In 1741, Coptic bishop Anba Athanasius of Jerusalem became a Catholic. [4] In 1781, he was appointed by Pope Benedict XIV as vicar apostolic of the less than 2,000 Egyptian Coptic Catholics. [3] Eventually, Athanasius returned to the Coptic Orthodox Church and others served as Catholic vicar apostolic. [3]

Under the assumption that the Ottoman viceroy wanted a Catholic patriarch for the Coptic Catholics in 1824, the Pope established the Patriarchate of Alexandria [3] from the Apostolic Vicariate of Syria, Egypt, Arabia and Cyprus [5] but it was basically titular. [3] The Ottomans in 1829 allowed the Coptic Catholics to build their own churches. [3]

The number of Catholics of this rite increased to the point that Leo XIII in 1895 restored the Catholic patriarchate. [4] He initially named Bishop Cyril Makarios as patriarchal vicar. Makarios then presided over a synod, which led to the introduction of some Latin practices. In 1899, Leo appointed Makarios as patriarch of Alexandria of the Copts, taking the name Cyril II. He resigned in 1908 at the request of the Pope over a controversy. The patriarchate seat remained vacant until an election in 1947 [3] and was administered by an apostolic administrator. [5]

The Coptic Catholic Church sui juris comprises a single ecclesiastical province, covering Egypt only. The Patriarch is the sole Metropolitan Archbishop, retaining the ancient title Alexandria but his actual seat is in Egypt's modern capital Cairo.

The Coptic Catholic Church does not have Coptic monasteries. Instead the Church has religious congregations such as the three communities for women: the Sisters of the Sacred Heart, the Coptic Sisters of Jesus and Mary (both based in Egypt) and the Egyptian Province of the Little Sisters of Jesus. There is also a community of male Franciscans. [3]

Most candidates for the priesthood are trained at St. Leo's Patriarchal Seminary, in suburban Cairo. More than 100 Coptic Catholic parishes administer primary schools, and some have secondary schools as well. The church maintains a hospital, a number of medical dispensaries and clinics, and several orphanages. [6] 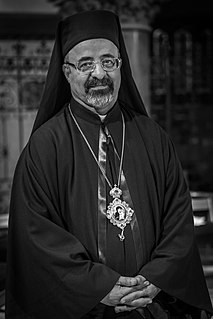 Antonios I Naguib is the Coptic Catholic Patriarch emeritus of Alexandria, and a Cardinal. 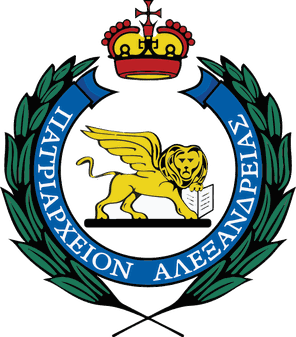 Stéphanos I Sidarouss was a Cardinal and leader of the Coptic Catholic Church, an Eastern Catholic sui juris particular church of the Roman Catholic Church. He served as Patriarch of Alexandria from 1958 to 1986, and was elevated to the cardinalate in 1965.

Kyrillos Makarios also written as Cyrillus Macaire was a leader of the Coptic Catholic Church, an Eastern Catholic sui juris particular church of the Catholic Church. He served as Patriarch of Alexandria from 1899 to 1908 when he resigned.