Outline of the Catholic Church

Last updated January 21, 2023
Overview of and topical guide to the Catholic Church

Catholicism – largest denomination of Christianity. Catholicism encompasses the body of the Catholic faith, its theologies and doctrines, its liturgical, ethical, spiritual, and behavioral characteristics, as well as a religious people as a whole.

Catholicism can be described as all of the following:

Geography of the Catholic Church

History of the Catholic Church

History of the Catholic Church – the church says that its bishops are the successors to the Apostles of Jesus, and that the Bishop of Rome, also known as the Pope, is the sole successor to Saint Peter, who is believed to have been appointed head of the church in the New Testament and who is said to have ministered in Rome.

Catholic Church hierarchy – the Catholic Church is composed of dioceses, each overseen by a bishop. Dioceses are divided into individual communities called parishes, each staffed by one or more priests. Priests may be assisted by deacons.

Sacraments of the Catholic Church

Sacraments of the Catholic Church – Roman Catholic teaching holds that there are seven sacraments which Christ instituted and entrusted to the Church. Sacraments are visible rituals that Catholics see as signs of God's presence and effective channels of God's grace to all those who receive them with the proper disposition (ex opere operato).

Mariology – theological study of Mary, the mother of Jesus. Mariology methodically presents teachings about her to other parts of the faith, such as teachings about Jesus, redemption and grace. Christian Mariology aims to connect scripture, tradition and the teachings of the Church on Mary.

Personalities of the Church

Doctors of the Church

Doctor of the Church – title given by a variety of Christian churches to individuals whom they recognize as having been of particular importance, particularly regarding their contribution to theology or doctrine.

Religious institute – "a society in which members...pronounce public vows...and lead a life of brothers or sisters in common". [2]

Churches and liturgical rites within Catholicism

Particular Churches within the Catholic Church

The Latin Church is the largest sui iuris particular Church within the Catholic Church and the only non-Eastern one.

Liturgical rites within the Catholic Church

Liturgy – customary public worship by a specific religious group, according to its particular beliefs, customs and traditions. See Catholic liturgy.

The Catholic Church, also known as the Roman Catholic Church, is the largest Christian church, with 1.3 billion baptized Catholics worldwide as of 2019. It is among the world's oldest and largest international institutions, and has played a prominent role in the history and development of Western civilization. The church consists of 24 sui iuris churches, including the Latin Church and 23 Eastern Catholic Churches, which comprise almost 3,500 dioceses and eparchies located around the world. The pope, who is the bishop of Rome, is the chief pastor of the church. The bishopric of Rome, known as the Holy See, is the central governing authority of the church. The administrative body of the Holy See, the Roman Curia, has its principal offices in Vatican City, a small enclave of the Italian city of Rome, of which the pope is head of state. 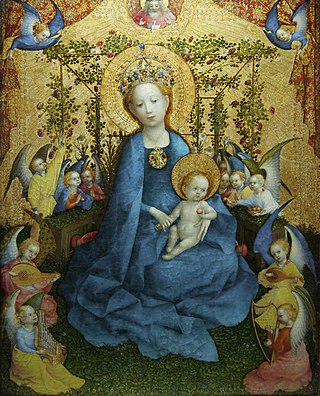 Catholic Mariology is Mariology in Catholic theology. According to the Immaculate Conception taught by the Catholic Church, she was conceived and born without sin, hence Mary is seen as having a singular dignity above the saints, receiving a higher level of veneration than all angelic spirits and blessed souls in heaven. Catholic Mariology thus studies not only her life but also the veneration of her in daily life, prayer, hymns, art, music, and architecture in modern and ancient Christianity throughout the ages.

The Roman Rite is the most common manner of performing ecclesiastical services of the Latin Church, the largest of the sui iuris particular churches that comprise the Catholic Church. The Roman Rite governs liturgical rites such as the Roman Mass and the Liturgy of the Hours as well as the manner in which sacraments and blessings are performed. It developed in the Latin language in the city of Rome and, while distinct Latin liturgical rites such as the Ambrosian Rite remain, the Roman Rite has gradually been adopted almost everywhere in the Latin Church. In medieval times there were numerous local variants, even if all of them did not amount to distinct rites, yet uniformity increased as a result of the invention of printing and in obedience to the decrees of the Council of Trent of 1545–63. Several Latin liturgical rites that survived into the 20th century were abandoned voluntarily after the Second Vatican Council. The Roman Rite is now the most widespread liturgical rite not only in the Catholic Church but in Christianity as a whole.

The priesthood is the office of the ministers of religion, who have been commissioned ("ordained") with the Holy orders of the Catholic Church. Technically, bishops are a priestly order as well; however, in layman's terms priest refers only to presbyters and pastors. The church's doctrine also sometimes refers to all baptised (lay) members as the "common priesthood", which can be confused with the ministerial priesthood of the consecrated clergy. 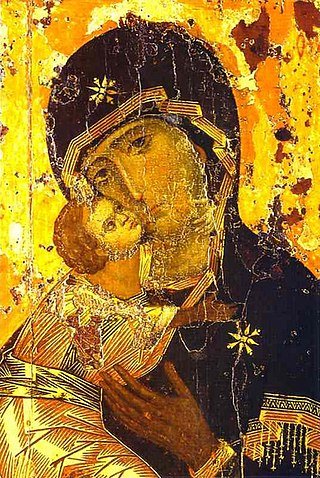 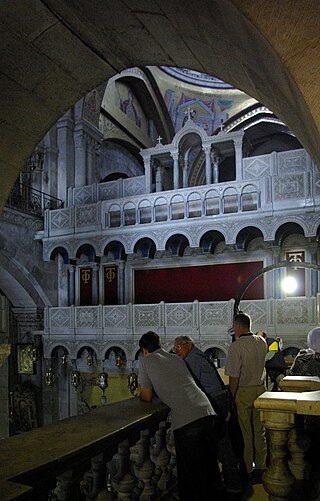 The Catholic Church and the Eastern Orthodox Church have been in a state of official schism from one another, with a few short-lived reunifications since the East–West Schism of 1054. That original schism was exacerbated by historical and language differences, and the ensuing theological differences between the Western and Eastern churches. 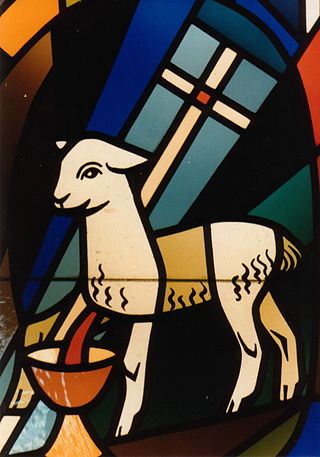 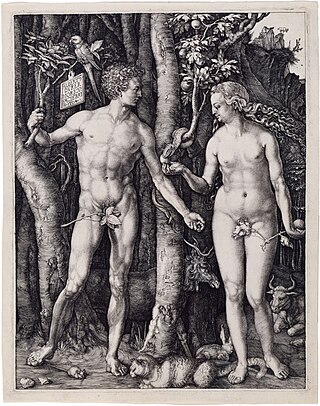 In the liturgical traditions of the Catholic Church, the term ordination refers to the means by which a person is included in one of the orders of bishops, priests or deacons. The teaching of the Catholic Church on ordination, as expressed in the 1983 Code of Canon Law, the Catechism of the Catholic Church, and the apostolic letter Ordinatio sacerdotalis, is that only a Catholic male validly receives ordination, and "that the Church has no authority whatsoever to confer priestly ordination on women and that this judgment is to be definitively held by all the Church's faithful." In other words, the male priesthood is not considered by the church a matter of policy but an unalterable requirement of God. As with priests and bishops, the church ordains only men as deacons.

Women play significant roles in the life of the Catholic Church, although excluded from the Catholic hierarchy of bishops, priests, and deacons. In the history of the Catholic Church, the church often influenced social attitudes toward women. Influential Catholic women have included theologians, abbesses, monarchs, missionaries, mystics, martyrs, scientists, nurses, hospital administrators, educationalists, religious sisters, Doctors of the Church, and canonised saints. Women constitute the majority of members of consecrated life in the Catholic Church: in 2010, there were around 721,935 professed women religious. Motherhood and family are given an exalted status in Catholicism, with The Blessed Virgin Mary holding a special place of veneration.

There are seven sacraments of the Catholic Church, which according to Catholic theology were instituted by Jesus and entrusted to the Church. Sacraments are visible rites seen as signs and efficacious channels of the grace of God to all those who receive them with the proper disposition.

The Latin Church is the largest autonomous particular church within the Catholic Church, whose members constitute the vast majority of the 1.3 billion Christians in communion with the Pope in Rome. The Latin Church is one of 24 churches sui iuris in communion with the pope; the other 23 are referred to as the Eastern Catholic Churches, and have approximately 18 million members combined. The Latin Church traditionally employs the Latin liturgical rites, which since the mid-twentieth century are very often translated into the vernacular language. The predominant liturgical rite is the Roman Rite, elements of which have been practiced since the fourth century.