Since the unanimous acceptance of the Union of Uzhhorod on the territory that includes present day eastern Slovakia in 1646, the history of the Slovak Greek Catholic Church was intertwined with that of the Ruthenian Greek Catholic Church for a period of several centuries. At the end of World War I, most Greek Catholic Ruthenians and Slovaks were included within the territory of Czechoslovakia, including two eparchies, Prešov and Mukačevo. The eparchy of Prešov, created on September 22, 1818, was removed in 1937 from the jurisdiction of the Hungarian primate and subjected directly to the Holy See, while the 21 parishes of the eparchy of Prešov that were in Hungary were formed into the new exarchate of Miskolc.

After World War II, the eparchy of Mukačevo in Transcarpathia was annexed by the Soviet Union, thus the eparchy of Prešov included all the Greek Catholics that remained in Czechoslovakia. After communists seized the country in April 1950, a "synod" was convoked at Prešov, at which five priests and a number of laymen signed a document declaring that the union with Rome was disbanded and asking to be received into the jurisdiction of the Moscow Patriarchate, later the Orthodox Church of Czechoslovakia. Greek Catholic bishop Blessed Pavel Petro Gojdič of Prešov along with his auxiliary, Blessed Basil Hopko, were imprisoned and bishop Gojdič died in prison in 1960.

During the Prague Spring in 1968, the former Greek Catholic parishes were allowed to restore communion with Rome. [3] Of the 292 parishes involved, 205 voted in favor. This was one of the few reforms by Dubček that survived the Soviet invasion the same year. However, most of their church buildings remained in the hands of Orthodox Church.

After communism was overthrown in the 1989 Velvet Revolution, Church property was gradually returned to the Slovak Greek Catholic Church. This process was almost completed by 1993, the year after the dissolution of Czechoslovakia into the Czech Republic and Slovakia. For Greek Catholics in the Czech Republic, a separate Apostolic Vicariate was created, elevated in 1996 to an exarchate thus forming the Apostolic Exarchate in the Czech Republic (now considered part of Ruthenian Catholic Church); the 2007 Annuario Pontificio indicated that it had by then grown to having 177,704 faithful, 37 priests and 25 parishes.

In Slovakia itself, Pope John Paul II created an Apostolic Exarchate of Košice in 1997. Pope Benedict XVI raised this to the level of an Eparchy on January 30, 2008 and at the same time erected the new Byzantine-rite Eparchy of Bratislava. He also raised Prešov to the level of a metropolitan see, constituting the Slovak Greek Catholic Church as a sui iuris metropolitan Church. 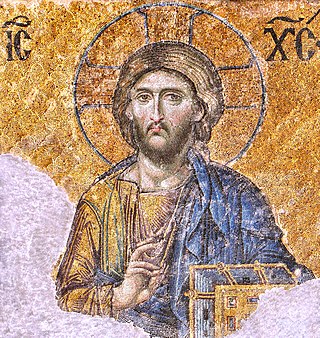 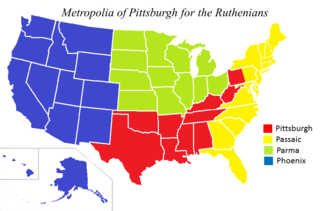 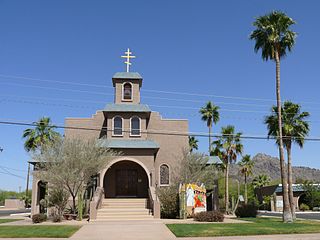 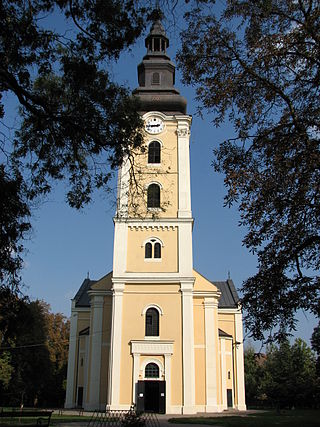 The Byzantine Catholic Archeparchy of Pittsburgh is a Ruthenian Greek Catholic Church ecclesiastical territory or archeparchy of the Catholic Church that serves portions of the Eastern United States. Its territory covers the states of Alabama, Arkansas, Commonwealth of Kentucky, Louisiana, Mississippi, Commonwealth of Pennsylvania, Tennessee, Texas, and West Virginia. The current archbishop is the Most Reverend William C. Skurla, whose is resident in the archepiscopal see of Pittsburgh, Allegheny, Commonwealth of Pennsylvania.

Pavel Peter Gojdič, was a Rusyn Basilian monk and the eparch of the Slovak Catholic Eparchy of Prešov. He was imprisoned by the communist regime in Czechoslovakia. He was beatified by Pope John Paul II in 2001 and recognised as Righteous Among the Nations by Yad Vashem in 2007. 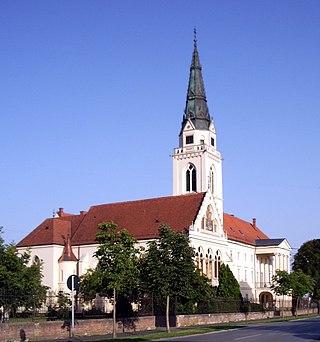 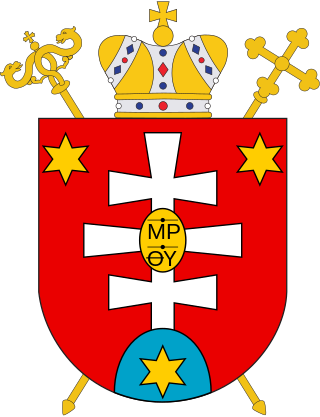 The Greek Catholic Eparchy of Mukachevo is an eparchy (diocese) associated with the Ruthenian Greek Catholic Church under an unidentified status and territory located in the west of Ukraine, roughly equivalent with Zakarpatska Oblast. The eparchy was created by the Pope Clement XIV in 1771. 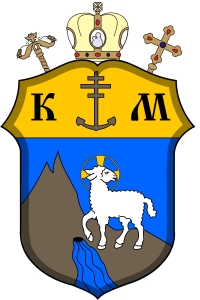 The Apostolic Exarchate of the Greek Catholic Church in the Czech Republic is an Eastern Catholic institution overseeing Catholics of byzantine-slavonic rite in the Czech Republic. It uses the localized Byzantine Rite in archaic Church Slavonic language. Its cathedral episcopal see is St. Clement's Cathedral, Prague. 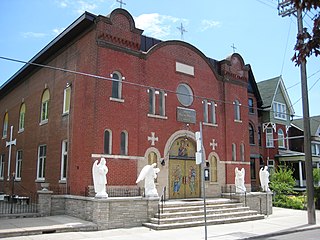 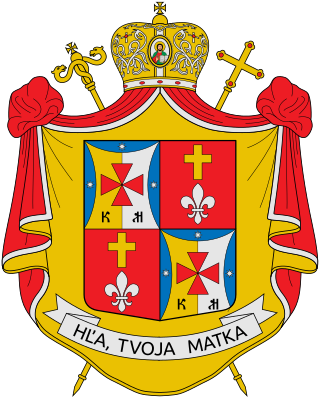 Milan Chautur, C.Ss.R. is a Slovak Greek Catholic hierarch, who served as the first Bishop of the Slovak Catholic Eparchy of Košice from 30 January 2008 until his resignation on 24 June 2021. 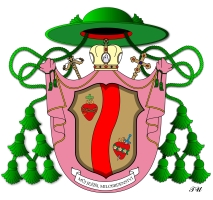 Bishop Ján Eugen Kočiš was a Slovak-Czech Ruthenian Greek Catholic hierarch, who served as a titular bishop of Abrittum and an auxiliary bishop of the Ruthenian Catholic Apostolic Exarchate of Czech Republic from 24 April 2004 until 7 October 2006.