Last updated February 26, 2021
Period of training and preparation that a Christian novice undergoes
For the 2017 film, see Novitiate (film).

The novitiate, also called the noviciate, is the period of training and preparation that a Christian novice (or prospective) monastic, apostolic, or member of a religious order undergoes prior to taking vows in order to discern whether they are called to vowed religious life. It often includes times of intense study, prayer, living in community, studying the vowed life, deepening one's relationship with God, and deepening one's self-awareness. The canonical time of the novitiate is one year; in case of additional length, it must not be extended over two years. [1] In the Eastern Orthodox Church, the novitiate is officially set at three years before one may be tonsured a monk or nun, though this requirement may be waived. The novitiate is in any case a time both for the novice to get to know the community and the community to get to know the novice. The novice should aspire to deepening their relationship to God and discovering the community's charism. The novitiate in many communities includes a concentrated program of prayer, study, reflection and limited ministerial engagement.

The novitiate, through which life in an institute is begun, is arranged so that the novices better understand their divine vocation, and indeed one which is proper to the institute, experience the manner of living of the institute, and form their mind and heart in its spirit, and so that their intention and suitability are tested.

In some novitiate communities, mostly monastic, the novice often wears clothing that is distinct from secular dress but is not the full habit worn by professed members of the community. The novices' day normally includes participation in the canonical hours, manual labor, and classes about the religious life. Spiritual exercises and tests of humility are common features of a novitiate.

A superior should ideally appoint an experienced member of the community to serve as novice master or mistress.

A novice is free to leave the novitiate at any time and in most communities, the superiors are free to dismiss them with or without cause. At the end of the novitiate, the novices are either admitted to temporary vows or asked to leave. The binding, life-long commitment to consecrated life comes at a later point.

The term "novitiate" also refers to the building, house, or complex devoted to the novices' needs.

A novice is a person who has entered a religious order and is under probation, before taking vows. By extension, the term is used informally for a person or animal new to a particular field of endevour. 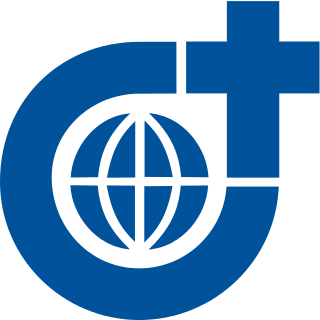 The Society of the Divine Word, popularly called Verbites or the Divine Word Missionaries, and sometimes the Steyler Missionaries, is a Roman Catholic missionary religious congregation. As of 2020, it consisted of 6,023 members composed of priests and religious brothers working in more than 70 countries. It is the largest missionary congregation in the Catholic Church. The superior general is Paulus Budi Kleden who hails from Indonesia. 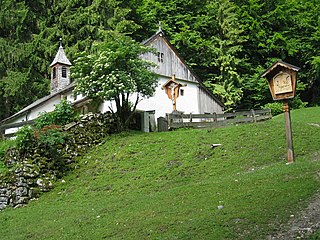 The Missionaries of the Sacred Heart of Jesus are a missionary congregation in the Catholic Church. It was founded in 1854 by Servant of God Jules Chevalier (1824–1907) at Issoudun, France, in the Diocese of Bourges.

In the Catholic Church, a novice master or master of novices is a member of a religious institute who is responsible for the training and government of the novitiate in that institute. In a female religious institute, the novice mistress plays a similar role.

The Congregation of St. Cecilia, commonly known as the Nashville Dominicans, is a religious institute within the Latin Church of the Catholic Church located in Nashville, Tennessee. It is a member of the Council of Major Superiors of Women Religious, one of the two organizations which represent women religious in the United States. The sisters combine a monastic communal lifestyle of contemplation in the Dominican tradition with an active apostolate in Catholic education. As of 2018, the congregation has 300 sisters. 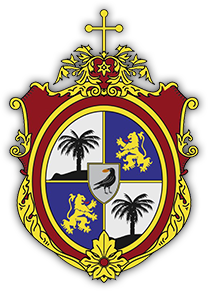 Don Bosco Formation Center (DBFC), formerly known as Don Bosco Missionary Seminary (DBMS), is a Salesian House run by the Salesians of Don Bosco (SDB) in Lawaan III Talisay City Cebu, Philippines. It was established to provide salesian formation for the candidates to the priestly and religious life of the Salesian Province of Mary Help of Christians (FIS) in the Philippines.

The conditions for the canonical erection of a house of religious are indicated in canons 608-611 of the 1983 Code of Canon Law.