Christian philosophy includes all philosophy carried out by Christians, or in relation to the religion of Christianity. Christian philosophy emerged with the aim of reconciling science and faith, starting from natural rational explanations with the help of Christian revelation. Several thinkers such as Origen of Alexandria and Augustine believed that there was a harmonious relationship between science and faith, others such as Tertullian claimed that there was contradiction and others tried to differentiate them. [1]

Christian philosophy began around the 3rd century. It arises through the movement of the Christian community called Patristics, [4] which initially had as a main objective the defense of Christianity. As Christianity spread, patristic authors increasingly engaged with the philosophical schools of the hellenized Roman Empire, and ultimately learned from some aspects of these surrounding ideas how to better articulate Christianity's own revelation of Jesus Christ as God incarnate and one with God the Father and God the Spirit. Many scholars consider Origen of Alexandria to be the first Christian teacher to fully present Christian philosophy and metaphysics as a stronger alternative to other schools (especially Platonism). See Origen Against Plato by Mark J. Edwards and the introduction to Origen: On First Principles translated and introduced by John Behr as two prominent examples of this history of a specifically Christian philosophy and metaphysics.

Justification of truths of faith

There is criticism of Christian philosophy because the Christian religion is hegemonic at this time and centralizes the elaboration of all values. The coexistence of philosophy and religion is questioned, as philosophy itself is critical and religion founded on revelation and established dogmas. Lara believes that there was questioning and writings with philosophical characteristics in the Middle Ages, although religion and theology predominated. [10] In this way it was established by dogmas, in some aspects, did not prevent significant philosophical constructions.

A Christian philosophy developed from predecessor philosophies. Justin is based on Greek philosophy, an academy in Augustine and Patristics. It is in the tradition of Christian philosophical thought or Judaism, from whom it was inherited from the Old Testament and more fundamentally in the Gospel message, which records or at the center of the message advocated by Christianity.

Scholasticism received influence from both Jewish philosophy and Islamic philosophy. This Christian Europe did not remain exclusively influenced by itself, but it suffered strong influences from other cultures. [11]

There is an attempt to systematically and comprehensively systematize the problems of reality in a harmonic whole. There is a lack of creative spirit, which is compensated by the overall vision. Christian Revelation itself provides the Christian with an overview. [12]

Natural theology, once also termed physico-theology, is a type of theology and deism that seeks to provide arguments for theological topics based on reason and the discoveries of science, the project of arguing for the existence of God on the basis of observed so-called natural facts, and through natural phenomena viewed as divine, or complexities of nature seen as evidence of a divine plan or Will of God, which includes nature itself.

Scholasticism was a medieval school of philosophy that employed a critical organic method of philosophical analysis predicated upon the Aristotelian 10 Categories. Christian scholasticism emerged within the monastic schools that translated scholastic Judeo-Islamic philosophies, and thereby "rediscovered" the collected works of Aristotle. Endeavoring to harmonize his metaphysics and its account of a prime mover with the Latin Catholic dogmatic trinitarian theology, these monastic schools became the basis of the earliest European medieval universities, contributing to the development of modern science; scholasticism dominated education in Europe from about 1100 to 1700. The rise of scholasticism was closely associated with these schools that flourished in Italy, France, Portugal, Spain and England. 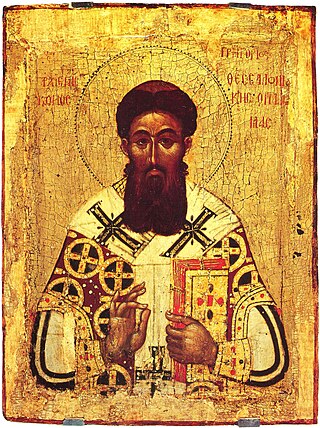 Apophatic theology, also known as negative theology, is a form of theological thinking and religious practice which attempts to approach God, the Divine, by negation, to speak only in terms of what may not be said about the perfect goodness that is God. It forms a pair together with cataphatic theology, which approaches God or the Divine by affirmations or positive statements about what God is. 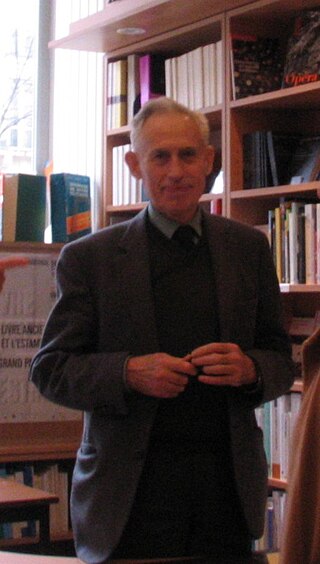 The history of theology has manifestations in many different cultures and religious traditions. 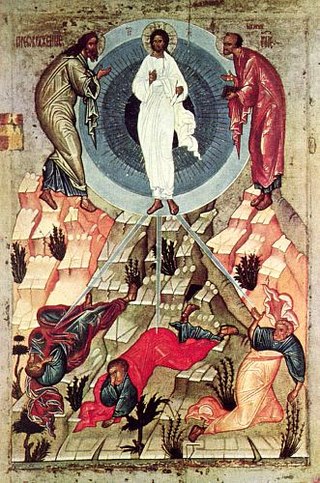 Christianity and Hellenistic philosophies experienced complex interactions during the first to the fourth centuries.

Christian apologetics is a branch of Christian theology that defends Christianity.

The Alexandrian school is a collective designation for certain tendencies in literature, philosophy, medicine, and the sciences that developed in the Hellenistic cultural center of Alexandria, Egypt during the Hellenistic and Roman periods.

Incorporeality is "the state or quality of being incorporeal or bodiless; immateriality; incorporealism." Incorporeal means "Not composed of matter; having no material existence." 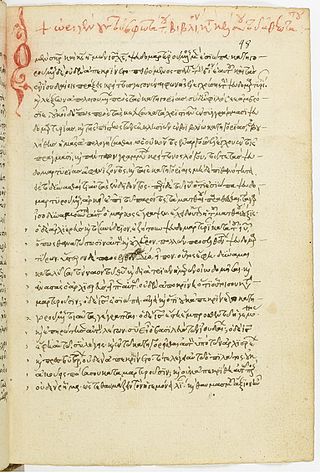 Against Celsus, preserved entirely in Greek, is a major apologetics work by the Church Father Origen of Alexandria, written in around 248 AD, countering the writings of Celsus, a pagan philosopher and controversialist who had written a scathing attack on Christianity in his treatise The TrueWord. Among a variety of other charges, Celsus had denounced many Christian doctrines as irrational and criticized Christians themselves as uneducated, deluded, unpatriotic, close-minded towards reason, and too accepting of sinners. He had accused Jesus of performing his miracles using black magic rather than actual divine powers and of plagiarizing his teachings from Plato. Celsus had warned that Christianity itself was drawing people away from traditional religion and claimed that its growth would lead to a collapse of traditional, conservative values.

Ontotheology means the ontology of God and/or the theology of being. While the term was first used by Immanuel Kant, it has only come into broader philosophical parlance with the significance it took for Martin Heidegger's later thought. While, for Heidegger, the term is used to critique the whole tradition of 'Western metaphysics', much recent scholarship has sought to question whether 'ontotheology' developed at a certain point in the metaphysical tradition, with many seeking to equate the development of 'ontotheological' thinking with the development of modernity, and Duns Scotus often being cited as the first 'ontotheologian'.

The Catechetical School of Alexandria was a school of Christian theologians and bishops and deacons in Alexandria. The teachers and students of the school were influential in many of the early theological controversies of the Christian church. It was one of the two major centers of the study of biblical exegesis and theology during Late Antiquity, the other being the School of Antioch.

The True Word is a lost treatise in which the ancient Greek philosopher Celsus addressed many principal points of Early Christianity and refuted or argued against their validity. In The True Word, Celsus attacked Christianity in three ways: by refuting its philosophical claims, by marking it as a phenomenon associated with the uneducated and lower class, and by cautioning his audience that it was a danger to the Roman Empire. All information concerning the work exists only in the extensive quotations from it in the Contra Celsum written some seventy years later by the Christian Origen. These are believed to be accurate as far as they go, but may not give a fully comprehensive picture of the original work.

Philosophical theism is the belief that the Supreme Being exists independent of the teaching or revelation of any particular religion. It represents belief in God entirely without doctrine, except for that which can be discerned by reason and the contemplation of natural laws. Some philosophical theists are persuaded of God's existence by philosophical arguments, while others consider themselves to have a religious faith that need not be, or could not be, supported by rational argument.

This is a list of articles in philosophy of religion.

Joseph Stephen O’Leary is an Irish Roman Catholic theologian. Born in Cork, 1949, he studied literature and theology at Maynooth College. He also studied at the Gregorian University, Rome (1972-3) and in Paris (1977–79). Ordained for the Diocese of Cork and Ross in 1973, he was a chaplain at University College Cork (1980–81). He taught theology at the University of Notre Dame (1981–82) and Duquesne University (1982–83) before moving to Japan in August, 1983. He worked as a researcher at the Nanzan Institute for Religion and Culture, Nanzan University, Nagoya (1985–86), where he later held the Roche Chair for Interreligious Research (2015–16). He taught in the Faculty of Letters at Sophia University, Tokyo, from 1988 to 2015.

Analytic Theology (AT) refers to a growing body of primarily Christian theological literature resulting from the application of the methods and concepts of late-twentieth-century analytic philosophy. In the last decade, various lectures, study centers, conference sections, academic journals, and at least one monographic series have appeared with "Analytic Theology" in their title or description. The movement counts both philosophers and theologians in its ranks, but a growing number of theologians with philosophy training produce AT literature. Analytic theology is strongly related to the philosophy of religion, but it is wider in scope due to its willingness to engage topics not normally addressed in the philosophy of religion. Given the types of historical philosophy that have funded the analytic philosophy of religion, theologians are frequently involved in retrieval theology as they revisit, re-appropriate, and modify older Christian solutions to theological questions. Analytic theology has strong roots in the Anglo-American analytic philosophy of religion in the last quarter of the twentieth century, as well as similarities at times to scholastic approaches to theology. However, the term analytic theology primarily refers to a resurgence of philosophical-theological work during the last 15 years by a community of scholars spreading outward from centers in the UK and the US.