The "Old World" is a term for Afro-Eurasia that originated in Europe c. 1596, shortly after Europeans first became aware of the existence of the Americas. [1] It is used to contrast the continents of Africa, Europe, and Asia, which were previously thought of by their inhabitants as comprising the entire world, with the "New World", a term for the newly encountered lands of the Western Hemisphere, particularly the Americas. [2]

In the context of archaeology and world history, the term "Old World" includes those parts of the world which were in (indirect) cultural contact from the Bronze Age onwards, resulting in the parallel development of the early civilizations, mostly in the temperate zone between roughly the 45th and 25th parallels north, in the area of the Mediterranean, including North Africa. It also included Mesopotamia, the Persian plateau, the Indian subcontinent, China, and parts of Sub-Saharan Africa.

These regions were connected via the Silk Road trade route, and they have a pronounced Iron Age period following the Bronze Age. In cultural terms, the Iron Age was accompanied by the so-called Axial Age, referring to cultural, philosophical and religious developments eventually leading to the emergence of the historical Western (Hellenism, "classical"), Near Eastern (Zoroastrian and Abrahamic) and Far Eastern (Hinduism, Buddhism, Jainism, Sikhism, Confucianism, Taoism) cultural spheres.

The term has been discussed as problematic[ citation needed ], since it applies a colonial perspective of discovery and does not do justice to the historic or geographic complexity of world regions.

The mainland of Afro-Eurasia (excluding islands or island groups such as the British Isles, Japan, Sri Lanka, Madagascar and the Malay Archipelago) has been referred to as the "World Island". The term may have been coined by Sir Halford John Mackinder in The Geographical Pivot of History . [3] 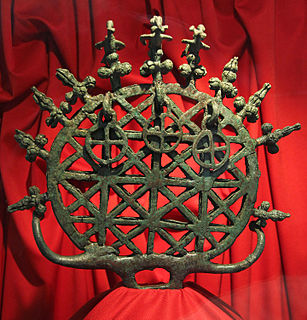 The Bronze Age is a historic period, approximately 3300 BC to 1200 BC, that was characterized by the use of bronze, in some areas writing, and other early features of urban civilization. The Bronze Age is the second principal period of the three-age system, as proposed in 1836 by Christian Jürgensen Thomsen, for classifying and studying ancient societies and history.

The Iron Age is the final epoch of the three-age division of the prehistory and protohistory of humanity. It was preceded by the Stone Age and the Bronze Age (Chalcolithic). The concept has been mostly applied to Iron Age Europe and the Ancient Near East, but also, by analogy, to other parts of the Old World. 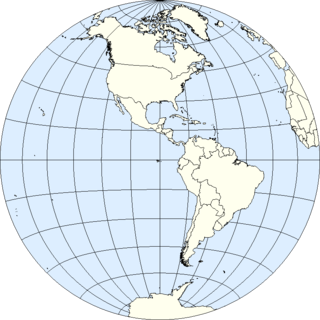 The Western Hemisphere is the half of Earth which lies west of the prime meridian and east of the antimeridian. The other half is called the Eastern Hemisphere. In geopolitical terms, the context in which the term is most often used, the Encyclopædia Britannica defines it as "North and South America and the surrounding waters. Longitudes 20°W and 160°E are often considered its boundaries." It may be used in a cultural or geopolitical sense as a synonym for the "New World". The One World Trade Center as a part of the new World Trade Center is the tallest building in the Western Hemisphere.

Geopolitics is the study of the effects of Earth's geography on politics and international relations. While geopolitics usually refers to countries and relations between them, it may also focus on two other kinds of states: de facto independent states with limited international recognition and relations between sub-national geopolitical entities, such as the federated states that make up a federation, confederation or a quasi-federal system.

The Southern Levant is a geographical region encompassing the southern half of the Levant. It corresponds approximately to modern-day Israel, Palestine, and Jordan; some definitions also include southern Lebanon, southern Syria and/or the Sinai Peninsula. As a strictly geographical description, it is sometimes used by archaeologists and historians to avoid the religious and political connotations of other names for the area. 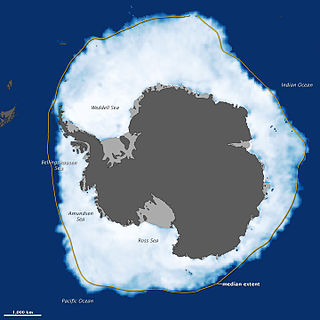 A landmass, or land mass, is a large region or area of land. The term is often used to refer to lands surrounded by an ocean or sea, such as a continent or a large island.

The Eastern Hemisphere is the half of Earth which is east of the prime meridian and west of the antimeridian. It is also used to refer to Afro-Eurasia and Australia, in contrast with the Western Hemisphere, which includes mainly North and South America. The Eastern Hemisphere may also be called the "Oriental Hemisphere." In addition, it may be used in a cultural or geopolitical sense as a synonym for the "Old World." 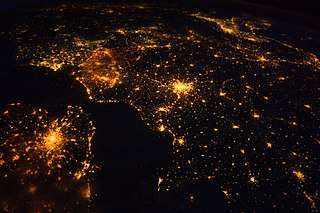 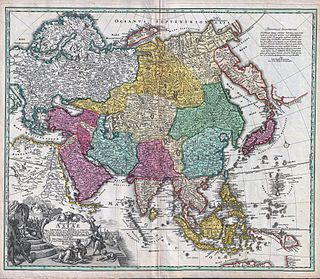 Geostrategy, a subfield of geopolitics, is a type of foreign policy guided principally by geographical factors as they inform, constrain, or affect political and military planning. As with all strategies, geostrategy is concerned with matching means to ends—in this case, a country's resources with its geopolitical objectives. Strategy is as intertwined with geography as geography is with nationhood, or as Colin S. Gray and Geoffrey Sloan state it, "[geography is] the mother of strategy."

Prehistoric Europe is Europe with human presence but before the start of recorded history, beginning in the Lower Paleolithic. As history progresses, considerable regional irregularities of cultural development emerge and increase. The region of the eastern Mediterranean is, due to its geographic proximity, greatly influenced and inspired by the classical Middle Eastern civilizations, and adopts and develops the earliest systems of communal organization and writing. The Histories of Herodotus is the oldest known European text that seeks to systematically record traditions, public affairs and notable events. In contrast, the European regions furthest away from the ancient centers of civilization tended to be the slowest, regarding acculturation. In Northern and Eastern Europe in particular, writing and systematic recording was only introduced in the context of Christianization, after 1000 A.D.

"The Geographical Pivot of History" is an article submitted by Halford John Mackinder in 1904 to the Royal Geographical Society that advances his heartland theory. In this article, Mackinder extended the scope of geopolitical analysis to encompass the entire globe. 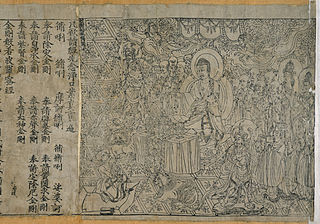 Post-classical history, as used in global history, generally runs from about 500 CE to 1500 CE. The period is characterized by the expansion of civilizations geographically and development of trade networks between civilizations. 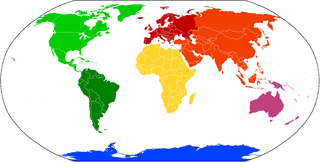 Determining the boundaries between the continents of Earth is generally a matter of geographical convention. Several slightly different conventions are in use. The number of continents is most commonly considered seven but may range as low as four when Afro-Eurasia and the Americas are both considered a single continent. An island can be considered to be associated with a given continent by either lying on the continent's adjacent continental shelf or being a part of a microcontinent on the same principal tectonic plate. An island can also be entirely oceanic while still being associated with a continent by geology or by common geopolitical convention. Another example is the grouping into Oceania of the Pacific Islands with Australia and Zealandia. 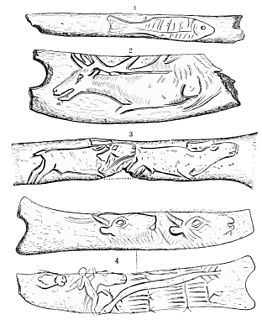 Prehistory, also known as pre-literary history, is the period of human history between the use of the first stone tools by hominins c. 3.3 million years ago and the beginning of recorded history with the invention of writing systems. The use of symbols, marks, and images appears very early among humans, but the earliest known writing systems appeared c. 5000 years ago. It took thousands of years for writing systems to be widely adopted, with writing spreading to almost all cultures by the 19th century. The end of prehistory therefore came at very different times in different places, and the term is less often used in discussing societies where prehistory ended relatively recently. 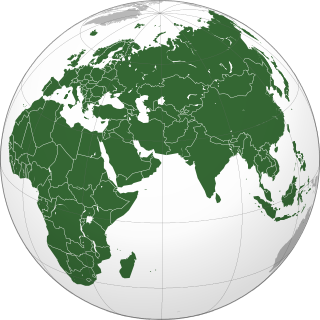 Afro-Eurasia is a landmass comprising the continents of Africa, Asia, and Europe. The terms are compound words of the names of its constituent parts. Its mainland is the largest and most populous contiguous landmass on Earth.

A continent is any of several large landmasses. Generally identified by convention rather than any strict criteria, up to seven geographical regions are commonly regarded as continents. Ordered from largest in area to smallest, these seven regions are: Asia, Africa, North America, South America, Antarctica, Europe, and Australia. Variations with fewer continents may merge some of these, for example America, Eurasia, or Afro-Eurasia are sometimes treated as single continents, which can bring the total number as low as four. Zealandia, a largely submerged mass of continental crust, has also been described as a continent. 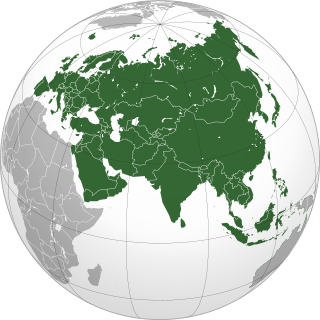 Eurasia is the largest continental area on Earth, comprising all of Europe and Asia. Primarily in the Northern and Eastern Hemispheres, it spans from the British Isles and the Iberian Peninsula in the west to the Japanese archipelago and the Russian Far East in the east. The continental landmass is bordered by the Atlantic Ocean and Africa to the west, the Pacific Ocean to the east, the Arctic Ocean to the north, and by Africa, the Mediterranean Sea, and the Indian Ocean to the south. The division between Europe and Asia as two continents is a historical social construct, as many of their borders are over land; thus, in some parts of the world, Eurasia is recognized as the largest of the six, five, or four continents on Earth. In geology, Eurasia is often considered as a single rigid megablock. However, the rigidity of Eurasia is debated based on paleomagnetic data.