Last updated April 24, 2020
An approach to philosophy from a feminist perspective

Feminist philosophy can be understood to have three main functions:

Feminist philosophy existed before the twentieth century but became labelled as such in relation to the discourse of second-wave feminism of the 1960s and 1970s. An important project of feminist philosophy has been to incorporate the diversity of experiences of women from different racial groups and socioeconomic classes, as well as of women around the globe.

Feminist philosophers work within a broad range of subfields, including:

Writers and thinkers who have criticised aspects of feminist philosophy include:

Feminist theory is the extension of feminism into theoretical, fictional, or philosophical discourse. It aims to understand the nature of gender inequality. It examines women's and men's social roles, experiences, interests, chores, and feminist politics in a variety of fields, such as anthropology and sociology, communication, media studies, psychoanalysis, home economics, literature, education, and philosophy.

Sandra G. Harding is an American philosopher of feminist and postcolonial theory, epistemology, research methodology, and philosophy of science. She taught for two decades at the University of Delaware before moving to the University of California, Los Angeles in 1996. She directed the UCLA Center for the Study of Women from 1996 to 2000, and co-edited Signs: Journal of Women in Culture and Society from 2000 to 2005. She is currently a Distinguished Professor Emeritus of Education and Gender Studies at UCLA and a Distinguished Affiliate Professor of Philosophy at Michigan State University. In 2013 she was awarded the John Desmond Bernal Prize by the Society for the Social Studies of Science (4S).

Marilyn Frye is an American philosopher and radical feminist theorist. She is known for her theories on sexism, racism, oppression, and sexuality. Her writings offer discussions of feminist topics, such as: white supremacy, male privilege, and gay and lesbian marginalization. Although she approaches the issues from the perspective of justice, she is also deeply engaged with the metaphysics, epistemology, and moral psychology of social categories.

The ethics of care is a normative ethical theory that holds that moral action centers on interpersonal relationships and care or benevolence as a virtue. EoC is one of a cluster of normative ethical theories that were developed by feminists in the second half of the twentieth century. While consequentialist and deontological ethical theories emphasize generalizable standards and impartiality, ethics of care emphasize the importance of response to the individual. The distinction between the general and the individual is reflected in their different moral questions: "what is just?" versus "how to respond?". Carol Gilligan, who is considered the originator of the ethics of care, criticized the application of generalized standards as "morally problematic, since it breeds moral blindness or indifference".

Although men have generally dominated philosophical discourse, women philosophers have engaged in the discipline throughout history. Ancient examples include Hipparchia of Maroneia and Arete of Cyrene. Some women philosophers were accepted during the medieval and modern eras, but none became part of the Western canon until the 20th and 21st century, when some sources indicate that Susanne Langer, G.E.M. Anscombe, Hannah Arendt and Simone de Beauvoir entered the canon.

Linda Martín Alcoff is a Latin-American philosopher and professor of philosophy at Hunter College, City University of New York. Alcoff specializes in epistemology, feminism, race theory and existentialism. She is the author of Visible Identities: Race, Gender, and the Self (2006) and The Future of Whiteness (2015).

Feminist ethics is an approach to ethics that builds on the belief that traditionally ethical theorizing has undervalued and/or underappreciated women's moral experience, which is largely male-dominated, and it therefore chooses to reimagine ethics through a holistic feminist approach to transform it. 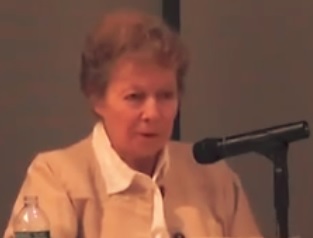 Virginia Potter Held is a leading moral, social/political and feminist philosopher whose work on the ethics of care sparked significant research into the ethical dimensions of providing care for others and critiques of the traditional roles of women in society.

Joan Callahan was a Professor Emerita of Philosophy at the University of Kentucky, an institution where she taught for more than twenty years and served in a variety of roles, including as director of the Gender and Women's Studies Program. Callahan's research has focused on feminist theory, critical race theory, ethics, social and political philosophy, the philosophy of law, and on the junctions of these topics.

Feminist aesthetics first emerged in the 1970s and refers not to a particular aesthetic or style but to perspectives that question assumptions in art and aesthetics concerning gender-role stereotypes, or gender. Feminist aesthetics has a relationship to philosophy. The historical philosophical views of what beauty, the arts, and sensory experiences are, relate to the idea of aesthetics. Aesthetics looks at styles of production. In particular, feminists argue that despite seeming neutral or inclusive, the way people think about art and aesthetics is influenced by gender roles. Feminist aesthetics is a tool for analyzing how art is understood using gendered issues. A person's gender identity affects the ways in which they perceive art and aesthetics because of their subject position and the fact that perception is influenced by power. The ways in which people see art is also influenced by social values such as class and race. One's subject position in life changes the way art is perceived because of people's different knowledge's about life and experiences. In the way that feminist history unsettles traditional history, feminist aesthetics challenge philosophies of beauty, the arts and sensory experience.

Eva Feder Kittay is an American philosopher. She is Distinguished Professor of Philosophy (Emerita) at Stony Brook University. Her primary interests include feminist philosophy, ethics, social and political theory, metaphor, and the application of these disciplines to disability studies. Kittay has also attempted to bring philosophical concerns into the public spotlight, including leading The Women's Committee of One Hundred in 1995, an organization that opposed the perceived punitive nature of the social welfare reforms taking place in the United States at the time. 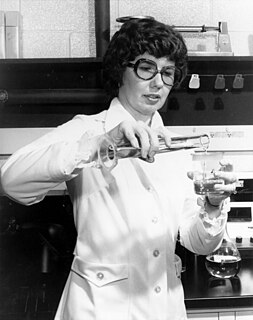