Last updated April 21, 2020
Overview of and topical guide to philosophy

Philosophy is the study of general and fundamental problems concerning matters such as existence, knowledge, values, reason, mind, and language. [1] [2] It is distinguished from other ways of addressing fundamental questions (such as mysticism, myth, or religion) by its critical, generally systematic approach and its reliance on rational argument. [3] It involves logical analysis of language and clarification of the meaning of words and concepts. It is a set of views and beliefs about life and the universe, which are often held uncritically.

The word "philosophy" comes from the Greek philosophia (φιλοσοφία), which literally means "love of wisdom". [4] [5] [6]

Aesthetics is study of the nature of beauty, art, and taste, and the creation of personal kinds of truth

Epistemology is the branch of philosophy that studies the source, nature and validity of knowledge. Central questions -

Ethics – study of the right, the good, and the valuable

Logic – the systematic study of the form of valid inference and reason. Ability to test arguments for logical consistency and understanding the logical consequences of certain assumptions.

Metaphysics – traditional branch of philosophy concerned with explaining the fundamental nature of being and the world that encompasses it. Metaphysics attempts to answer two basic questions in the broadest possible terms: "What is ultimately there?" and, "What is it like?"

Logical positivism, later called logical empiricism, and both of which together are also known as neopositivism, was a movement in Western philosophy whose central thesis was the verification principle. This would-be theory of knowledge asserted that only statements verifiable through direct observation or logical proof are meaningful. Starting in the late 1920s, groups of philosophers, scientists, and mathematicians formed the Berlin Circle and the Vienna Circle, which, in these two cities, would propound the ideas of logical positivism.

Meta-ethics is the branch of ethics that seeks to understand the nature, scope, and meaning of moral judgment. It is one of the three branches of ethics generally studied by philosophers, the others being normative ethics and applied ethics. 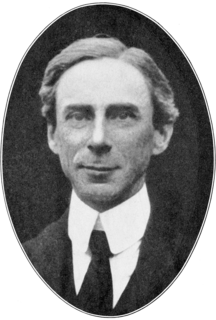 Logical atomism is a philosophy that originated in the early 20th century with the development of analytic philosophy. Its principal exponent was the British philosopher Bertrand Russell. It is also widely held that the early work of his Austrian-born pupil and colleague, Ludwig Wittgenstein, defend a version of logical atomism. Some philosophers in the Vienna Circle were also influenced by logical atomism. Gustav Bergmann also developed a form of logical atomism that focused on an ideal phenomalistic language, particularly in his discussions of J.O. Urmson's work on analysis. 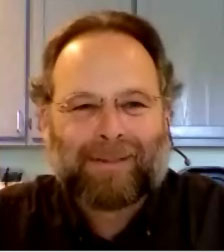 Geoffrey Sayre-McCord is a philosopher who works in moral theory, meta-ethics, the history of ethics, and epistemology. He teaches at the University of North Carolina, Chapel Hill. He is also the director of the Philosophy, Politics and Economics Society.

Ethics is, in general terms, the study of right and wrong. It can look descriptively at moral behaviour and judgements; it can give practical advice, or it can analyse and theorise about the nature of morality and ethics.