The Stanford Encyclopedia of Philosophy (SEP) combines an online encyclopedia of philosophy with peer-reviewed publication of original papers in philosophy, freely accessible to Internet users. [1] [2] It is maintained by Stanford University. Each entry is written and maintained by an expert in the field, including professors from many academic institutions worldwide. [3] Authors contributing to the encyclopedia give Stanford University the permission to publish the articles, but retain the copyright to those articles. [4]

As of August 5th, 2022, the SEP has 1,774 published entries. Apart from its online status, the encyclopedia uses the traditional academic approach of most encyclopedias and academic journals to achieve quality by means of specialist authors selected by an editor or an editorial committee that is competent (although not necessarily considered specialists) in the field covered by the encyclopedia and peer review. [5]

The encyclopedia was created in 1995 by Edward N. Zalta, [2] with the explicit aim of providing a dynamic encyclopedia that is updated regularly, and so does not become dated in the manner of conventional print encyclopedias. [1] [6] The charter for the encyclopedia allows for rival articles on a single topic to reflect reasoned disagreements among scholars. Initially, the SEP was developed with U.S. public funding from the National Endowment for the Humanities and the National Science Foundation. A long-term fundraising plan to preserve open access to the encyclopedia is supported by many university libraries and library consortia. These institutions contribute under a plan devised by the SEP in collaboration with the Scholarly Publishing and Academic Resources Coalition, the International Coalition of Library Consortia, and the Southeastern Library Network, with matching funding from the National Endowment for the Humanities. [3]

Open access (OA) is a set of principles and a range of practices through which research outputs are distributed online, free of access charges or other barriers. With open access strictly defined, or libre open access, barriers to copying or reuse are also reduced or removed by applying an open license for copyright.

The Internet Encyclopedia of Philosophy (IEP) is a scholarly online encyclopedia, dealing with philosophy, philosophical topics, and philosophers. The IEP combines open access publication with peer reviewed publication of original papers. Contribution is generally by invitation, and contributors are recognized and leading international specialists within their field.

Alibris is an online store that sells new books, used books, out-of-print books, rare books, and other media through an online network of independent booksellers. 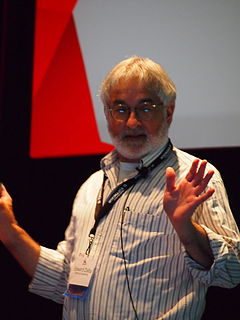 Wissenschaft is a German-language term that embraces scholarship, research, study, higher education, and academia. Wissenschaft translates exactly into many other languages, e.g. vetenskap in Swedish or nauka in Polish, but there is no exact translation in modern English. The common translation to science is misleading, because Wissenschaft equally includes humanities (Geisteswissenschaft), and sciences and humanities are mutually exclusive categories in modern English. Wissenschaft includes humanities like history, anthropology, or arts at the same level as sciences like chemistry or psychology. Wissenschaft incorporates scientific and non-scientific inquiry, learning, knowledge, scholarship, and does not necessarily imply empirical research.

Ann Shumelda Okerson is an American librarian and expert on the place of new digital technologies in libraries. 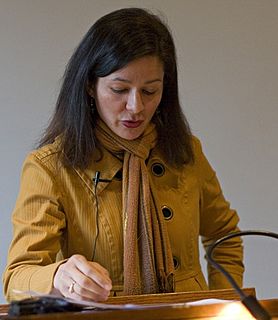 Jennifer Lackey is an American academic; she is the Wayne and Elizabeth Jones Professor of Philosophy at Northwestern University. Lackey is known for her research in epistemology, especially on testimony, disagreement, memory, the norms of assertion, and virtue epistemology. She is the author of Learning from Words: Testimony as a Source of Knowledge and of numerous articles and book chapters. She is also co-editor of The Epistemology of Testimony and The Epistemology of Disagreement: New Essays.

Dutch philosophy is a broad branch of philosophy that discusses the contributions of Dutch philosophers to the discourse of Western philosophy and Renaissance philosophy. The philosophy, as its own entity, arose in the 16th and 17th centuries through the philosophical studies of Desiderius Erasmus and Baruch Spinoza. The adoption of the humanistic perspective by Erasmus, despite his Christian background, and rational but theocentric perspective expounded by Spinoza, supported each of these philosopher's works. In general, the philosophy revolved around acknowledging the reality of human self-determination and rational thought rather than focusing on traditional ideals of fatalism and virtue raised in Christianity. The roots of philosophical frameworks like the mind-body dualism and monism debate can also be traced to Dutch philosophy, which is attributed to 17th century philosopher René Descartes. Descartes was both a mathematician and philosopher during the Dutch Golden Age, despite being from the Kingdom of France. Modern Dutch philosophers like D.H. Th. Vollenhoven provided critical analyses on the dichotomy between dualism and monism.

Computational philosophy or digital philosophy is the use of computational techniques in philosophy. It includes concepts such as computational models, algorithms, simulations, games, etc. that help in the research and teaching of philosophical concepts, as well as specialized online encyclopedias and graphical visualizations of relationships among philosophers and concepts. The use of computers in philosophy has gained momentum as computer power and the availability of data have increased greatly. This, along with the development of many new techniques that use those computers and data, has opened many new ways of doing philosophy that were not available before. It has also led to new insights in philosophy.

In linguistics and philosophy of language, the conversational scoreboard is a tuple which represents the discourse context at a given point in a conversation. The scoreboard is updated by each speech act performed by one of the interlocutors.

Mona Simion is a philosopher. She is professor of philosophy at the University of Glasgow where she is also deputy director of the COGITO Epistemology Research Centre. Simion's work focuses on issues in epistemology, ethics, the philosophy of language, and feminist philosophy.