Last updated January 11, 2020
This article is about the meta-ethical position. For a more general discussion of amoralism, see amorality.

Moral nihilism (also known as ethical nihilism) is the meta-ethical view that nothing is morally right or wrong.

Moral nihilism is distinct from moral relativism, which allows for actions wrong relative to a particular culture or individual. It is also distinct from expressivism, according to which when we make moral claims, "We are not making an effort to describe the way the world is ... we are venting our emotions, commanding others to act in certain ways, or revealing a plan of action" (Shafer-Landau 2010, pp. 292–293).

Nihilism does not imply that we should give up using moral or ethical language; some nihilists contend that it remains a useful tool.

Moral nihilists agree that all claims such as 'murder is morally wrong' are not true. But different nihilistic views differ in two ways.

Some may say that such claims are neither true nor false; others say that they are all false.

Nihilists differ in the scope of their theories. Error theorists typically claim that it is only distinctively moral claims which are false; practical nihilists claim that there are no reasons for action of any kind; some nihilists extend this claim to include reasons for belief.

Ethical language: false versus not truth-apt

J. L. Mackie argues that moral assertions are only true if there are moral properties, but because there are none, all such claims are false (Mackie 1997).

Other versions of the theory claim that moral assertions are not true because they are neither true nor false. This form of moral nihilism claims that moral beliefs and assertions presuppose the existence of moral facts that do not exist. Consider, for example, the claim that the present king of France is bald. Some argue that this claim is neither true nor false because it presupposes that there is currently a king of France, but there is not. The claim suffers from "presupposition failure". Richard Joyce (2001) argues for this form of moral nihilism under the name "fictionalism".

The most prominent argument for nihilism is the argument from queerness.

J. L. Mackie argues that there are no objective ethical values, by arguing that they would be queer (strange):

If there were objective values, then they would be entities or qualities or relations of a very strange sort, utterly different from anything else in the universe (Mackie 1977, p. 38).

For all those who also find such entities queer (prima facie implausible), there is reason to doubt the existence of objective values.

In his book Morality without Foundations: A Defense of Ethical Contextualism (1999), Mark Timmons provides a reconstruction of Mackie's views in the form of the two related arguments. These are based on the rejection of properties, facts, and relationships that do not fit within the worldview of philosophical naturalism, the idea "that everything—including any particular events, facts, properties, and so on—is part of the natural physical world that science investigates" (1999, p. 12). Timmons adds, "The undeniable attraction of this outlook in contemporary philosophy no doubt stems from the rise of modern science and the belief that science is our best avenue for discovering the nature of reality" (Timmons 1999, pp. 12–13).

There are several ways in which moral properties are supposedly queer:

Of course there are entities that meet these criteria. It's true that they are queer sorts of entities and that knowing them isn't like anything else. But that doesn't mean that they don't exist.... For it is the most familiar fact of human life that the world contains entities that can tell us what to do and make us do it. They are people, and the other animals. (Korsgaard, p. 166)

Other criticisms of the argument include noting that for the very fact that such entities would have to be something fundamentally different from what we normally experience—and therefore assumably outside our sphere of experience—we cannot prima facie have reason to either doubt or affirm their existence; therefore, if one had independent grounds for supposing such things to exist (such as, for instance, a reductio ad absurdum of the contrary) then the argument from queerness cannot give one any particular reason to think otherwise. An argument along these lines has been provided by e.g. Akeel Bilgrami (2006).

Gilbert Harman argued that we do not need to posit the existence of objective values in order to explain our 'moral observations' (Harman 1977, chapter 1).

Ethical naturalism is the meta-ethical view which claims that:

Ethical non-naturalism is the meta-ethical view which claims that:

In philosophical ethics, the term naturalistic fallacy was introduced by British philosopher G. E. Moore in his 1903 book Principia Ethica. Moore argues it would be fallacious to explain that which is good reductively, in terms of natural properties such as pleasant or desirable.

Moral universalism is the meta-ethical position that some system of ethics, or a universal ethic, applies universally, that is, for "all similarly situated individuals", regardless of culture, race, sex, religion, nationality, sexual orientation, or any other distinguishing feature. Moral universalism is opposed to moral nihilism and moral relativism. However, not all forms of moral universalism are absolutist, nor are they necessarily value monist; many forms of universalism, such as utilitarianism, are non-absolutist, and some forms, such as that of Isaiah Berlin, may be value pluralist. 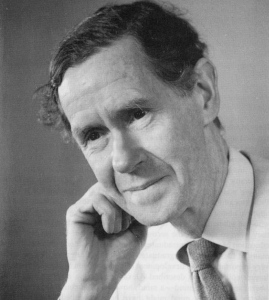 John Leslie Mackie was an Australian philosopher. He made significant contributions to the philosophy of religion, metaphysics, and the philosophy of language, and is perhaps best known for his views on meta-ethics, especially his defence of moral scepticism. He authored six books. His most widely known, Ethics: Inventing Right and Wrong (1977), opens by boldly stating that "There are no objective values." It goes on to argue that because of this ethics must be invented, rather than discovered. 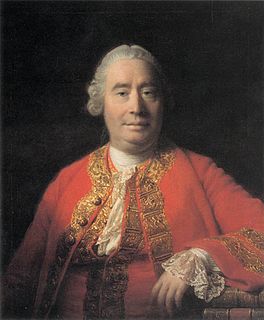 The open-question argument is a philosophical argument put forward by British philosopher G. E. Moore in §13 of Principia Ethica (1903), to refute the equating of the property of goodness with some non-moral property, X, whether natural or supernatural. That is, Moore's argument attempts to show that no moral property is identical to a natural property. The argument takes the form of a syllogism modus tollens:

Quasi-realism is the meta-ethical view which claims that: 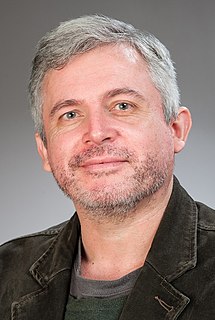 Richard Joyce is a British-Australian-New Zealand philosopher, known for his contributions to the fields of meta-ethics and moral psychology. He is Professor of Philosophy at Victoria University of Wellington.

About the queerness argument